Neurons die all the time--routinely during nervous system development and to a limited extent in healthy adults. But understanding exactly how they die under less-than-ideal conditions could be the key to treating a number of neurological maladies--from stroke and brain trauma to neurodegenerative diseases such as Huntington's, Parkinson's, and Alzheimer's. As cell death research proliferates, much of it focused on cancer, investigators continue to debate the extent to which neurological ailments involve programmed cell death, or apoptosis--and what implications apoptosis may have for treatment.

Many apoptosis researchers view cell damage on a continuum of sorts: On one end, damage is limited and the cell is able to fully recover and maintain functionality. On the other, the cell dies by necrosis, an irreversible, passive, "unexpected" type of cell death not encoded by genes. Somewhere in the middle lies apoptosis in which, after an orderly, "planned" cell death, the body's immune system cues surrounding cells to phagocytose the ailing cell. Apoptotic cells, unlike necrotic cells, die in a fashion that avoids inflammation or widespread collateral damage. Theoretically, goes the rationale, if researchers could confirm that apoptosis is an integral part of, say, Parkinson's disease, they'd have a much better chance of rescuing affected cells and returning them to normal.

However, the right plan of attack probably will not turn out to be so straightforward, especially with neurodegenerative disease. In acute conditions such as neuronal injury or stroke, in which apoptosis has been better characterized, a combination of necrosis and apoptosis probably occurs. Apoptosis happens primarily in the area surrounding the trauma site. Ideally, by inhibiting apoptosis, clinicians hope--using a short-term treatment--to reduce the level of damage in the surrounding tissue, thus minimizing any functional deficits. Although the preclinical evidence for treating acute brain injury looks promising, therapeutic effectiveness remains uncertain. "The big problem with any clinical study in humans in stroke and traumatic injuries is that there's so much variability from patient to patient," says Mark Mattson, chief of the laboratory of neurosciences at the National Institute on Aging (NIA).

Though similar mechanisms, including oxidative stress, altered calcium regulation, and overactive glutamate receptors, appear to be involved in neurodegenerative diseases, the role of apoptosis is more controversial and harder to ascertain. Some of the data in the literature support an apoptosis-disease link, some negate one. Because the neurons in these disease sufferers die over a period of years, catching a cell being apoptotic isn't easy. Inexact detection methods and varied apoptosis criteria also have hampered apoptosis identification. Researchers typically look for apoptosis based on a cell's morphological characteristics and/or biochemical characteristics, indicators that can give conflicting results. According to apoptosis researcher Eugene Johnson, a professor of neurology and codirector of the Alzheimer's Disease Research Center at Washington University in St. Louis, even the most popular method of identification can yield false positives. TUNEL (terminal deoxynucleotidyltransferase-mediated dUTP nick-end labeling) staining, says Johnson, may incorrectly label necrotic cells apoptotic, because TUNEL is essentially a measure of the cell's level of DNA damage.

Methodological shortcomings are not the only complications. Even if apoptosis could be confirmed, its presence may not indicate the feasibility of cell-rescuing therapies; it may not be a critical link in the chain of events that leads to disease pathogenesis. Apoptosis researcher Dale Bredesen, president and CEO of the recently founded Marin County, Calif.-based Buck Center for Research in Aging, suggests that a baffling paradox has emerged in the case of neurodegenerative diseases. The genes associated with these diseases have been shown to enhance or induce apoptosis when expressed in vitro. However, neurons in the brains of humans or transgenic mice that have these same abnormal genes rarely exhibit the morphological or biochemical criteria indicative of apoptosis. Says Bredesen, "The majority of neurons do not seem to be dying by a process that we recognize as classical apoptosis."

Bredesen cites four possible rationales for the discrepancy: no program is being activated at all (the pathway is necrotic); only some of the apoptotic program has been turned on; the program is being turned on but only on the tips of neurites rather than the cell bodies (a process called synaptosis); or a different nonapoptotic program has been activated.

Even if apoptosis is present, and even if it turns out to be a critical link in the pathway that enables neurodegenerative diseases to kill neurons, preventing cells from undergoing apoptosis may not reduce tissue damage. Although clinicians treating stroke would only have to stop apoptosis for a matter of days or weeks, making significant side effects unlikely, stopping apoptosis chronically to treat a neurodegenerative disease would require months or years of treatment. In a worst-case scenario, these treatments, long term, could lead to an autoimmune disease or even cancer. Also, a soon-to-be apoptotic cell may be too damaged, or too atrophic, to be worth saving; neurons that escape death might recover only minimal function. "Most investigators don't address that issue," says Mattson.

Despite the caveats, many in academia and the pharmaceutical industry are hot on the trail of potential apoptosis inhibitors in neurological diseases, and basic and preclinical studies have produced promising results. Most of the attention centers on inhibitors of caspases, a critical family of enzymes that cleave certain proteins as part of a pathway to apoptosis. Robert Friedlander, an assistant professor of neurosurgery at Brigham and Women's Hospital in Boston, notes that adverse side effects and insufficient treatment specificity are largely "theoretical concerns" that may turn out to be legitimate, but should not stymie potential treatments for incurable diseases.

"The basic biology of the field, of course, has just been stitched together very recently," comments Donald Nicholson, senior director of pharmacology, biochemistry, and molecular biology at Merck Frosst in Montreal. "It takes quite some time for the engines of drug discovery to get up and running." According to Nicholson, many laboratories, particularly in industry, are interested in assessing the long-term consequences of perpetual caspase inhibition.

Friedlander's group, in studies focusing on different transgenic mouse models for stroke, Huntington's disease,1 and amyotrophic lateral sclerosis,2 was able to extend the life of the mice by slowing the progression of disease. He works primarily with caspase-1, which works far upstream in the apoptotic processing pathway. Friedlander suggests that therapies might eventually include a cocktail of drugs that block several different cell damage pathways. Any treatment crafted, however, will have to somehow cross the nearly impervious blood-brain barrier to get to affected areas, a task for which nonpeptide synthetic inhibitors will likely be necessary.

"We know that the features that make an inhibitor attractive to the caspase are features that also make it prefer not to cross the blood-brain barrier," says Nicholson, whose group is targeting the entire family of caspases--clusters of them, as well as individual caspases including caspase-3, a particularly key enzyme in the brain. "So there has to be a balance that's struck between those two things."

Complex neuronal machinery aside, the right preventive measures could prove as effective at staving off cell death as trying, after the fact, to tinker with a bevy of biochemical cell death pathways. Mattson has shown that a practice as simple as excessive caloric intake may not only increase the risk of cardiovascular disease, diabetes, and cancer, but Alzheimer's and Parkinson's as well. His studies suggest that rats or mice with a reduced caloric intake live up to 50 percent longer.3 They also found that the neurons in calorie-restricted animal models of stroke or neurodegenerative disorders are more resistant to dying. Mattson points to evidence that levels of neurotrophic factors and what he calls "stress proteins" increase in neurons in the brain, making them resistant to cell death. "Drug companies are not interested in approaches like calorie restriction because they can't make any money off of it," remarks Mattson. "It's just educating people on exercise, proper diet, .... I think we shouldn't lose sight of what has the biggest impact." His group is working, however, on a glucose analogue compound that mimics caloric restriction by replacing conventional glucose with 2-deoxyglucose, which cannot be used by the cell to produce energy.

Mattson also has done preliminary work focusing on the oft-studied enzyme telomerase as a preventive agent. Knowing that telomerase levels are thought to be high in many cancers because the enzyme helps prevent apoptosis, Mattson's team looked for and found high levels of telomerase in rat and mouse neurons during embryonic and postnatal development when cell growth is key, but the researchers found none in adult rats and mice. They also confirmed that in neurons, as in tumor cells, telomerase has an antiapoptotic function.4 His lab is currently testing transgenic, telomerase-producing mice to see if they are more resistant to neurodegenerative disorders.

Right now, however, no apoptosis- related therapy appears to have the potential to cure. Apoptosis modulators such as caspase inhibitors might one day come close to curing acute brain injury. But acute and chronic conditions will more likely provide a means to stave off neural death in stroke and neurodegenerative disease sufferers, extend patients' lives, and improve quality of life. Finding and using biomarkers for disease risk therefore remains crucial.

"When you have someone that comes in and has lost 100,000,000 neurons, and they're asking you to put them back, I think that's a daunting task," Bredesen comments. But, he adds, by identifying biomarkers of neurodegenerative disease early on, physicians armed with the right therapies might be able to add dozens of quality years to a patient's life. S

Eugene Russo can be contacted at erusso@the-scientist.com. 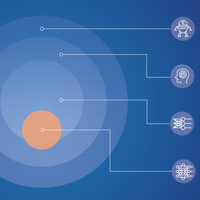 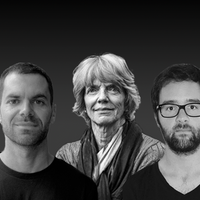