WASHINGTON—Two and a half years after a presidential veto of the concept, Lawrence Shulman is taking charge as director of the National Institute of Arthritis, Musculoskeletal and Skin Diseases (NIAMS).

"There's a lot to do," said Shulman about the 12th and newest institute on the NIH campus, carved out of an existing institute after Congress voted in 1985 to override the Reagan veto. "And Congress has told us to do it."

Shulman, 67, joined the NIH a decade ago from Johns Hopkins University School of Medicine, where he had headed arthritis research and education programs. He held administrative posts in the parent institute, the National Institute of Arthritis, Diabetes, and Digestive and Kidney Diseases (NIADDK), before being named acting director of the new institute in April 1986. An extensive search for a director preceded his permanent appointment in January. 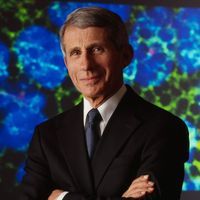