BOSTON—Two hundred and eight days after he began a fast to protest the nuclear arms race, astrophysicist Charles Hyder stood in the rain across the street from the White House to announce his decision to run for president.

He admitted his "candidacy" is an attempt to draw attention to his campaign to get the United States and Soviet Union to begin to dismantle their nuclear arsenals. But his willingness to die for his beliefs has posed a dilemma for many scientists active in the disarmament movement who are nonetheless uncomfortable with his tactics.

A group of several dozen scientists at Harvard and MIT has been meeting regularly since Hyder began his fast September 23, monitoring his actions and lending a hand. Twenty-four of them, including physicist Sheldon Glashow, held a one-day fast last fall in support of Hyder's commitment, if not his tactics.

One of the organizers of these Boston-based... 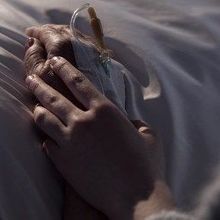