During the last 50 years, millions of pounds of chemicals have dispersed into the environment in a multitude of forms: industrial wastes, abandoned chemical weapons, fertilizers, pesticides, cleaners, furniture treatments, and the list goes on. Now, a small cadre of environmental researchers in Canada, the United Kingdom, and the United States is working to develop a sophisticated means to identify chemical lifestyles--where they go, how they get there, and what they do--and determine the potential impact on human health and local and global ecosystems.

Over the years, environmental scientists have gathered a mountain of evidence that a number of these chemicals--particularly the ones known as persistent organic pollutants (POPs)--cycle the globe, contaminating fields, watersheds, air, and biota.1-4 In an increasing number of areas, contaminated sites pose an unknown threat to human health and are endangering clean water resources. At the same time, a growing body of data is linking some of the POPs--including DDT (1,1,1-trichloro-2,2-bis[p chlorophenyl]ethane), the first of the chlorinated organic insecticides, and PCBs (polychlorinated biphenyls)--to cancer and various other diseases, and to the disruption of reproductive cycles in humans and animals.5,6

Such findings have led to international efforts to restrict or ban the release of certain POPs. In May 2001, under the auspices of the United Nations Environment Program (UNEP), 127 countries adopted the Stockholm Convention on Persistent Organic Pollutants, establishing a global plan to reduce and eliminate 12 pesticides and commercial chemicals dubbed "The Dirty Dozen." That list includes aldrin, chlordane, DDT, and hexachlorobenzene.

Only now, however, are scientists beginning to define the actual lifestyles of the tens of thousands of chemicals of commerce. "The scientific challenge is that there are somewhere between 30,000 and 80,000 such chemicals, and while it seems logical that we should set about systematically evaluating each of these chemicals, it is no simple undertaking," says Donald Mackay, professor of environmental studies at Trent University, Peterborough, Ontario, and director of the Canadian Environmental Modeling Center. "Every chemical has different persistence, bioaccumulative, toxicity, and long-range transport (LRT) properties. And each interacts in different ways with the varying environments, climate factors, and biota," he explains. Some chemicals even produce "collateral damage" under certain conditions, releasing additional toxic byproducts. To determine and understand the profiles of these organic persistent pollutants is "like assembling bits of a jigsaw [puzzle]," adds environmental chemist Kevin C. Jones, Lancaster University, Bailrigg, Lancaster.

Mackay and Jones, along with Thomas E. McKone, of Lawrence Berkeley National Laboratory, and Deborah H. Bennett, of Harvard University, are highly visible participants in the cadre of researchers who want to put that jigsaw puzzle together. Their projects:

Each of these investigators contributes integral pieces to the big POPs puzzle, which build on and/or intersect with each other. A culture of collaboration has emerged. "We're a pretty small group really, using different approaches to understand how we should evaluate chemicals better, to get a global picture," says Bennett. "Our work is all complementary."

LONG-TIME BALANCING ACT Rachel Carson sounded the first alarm in Silent Spring in 1962: Many of these chemicals that have helped beautify, simplify, and improve human life are actually toxic and threaten to cause widespread damage to all life.10 Therein, however, lies a conundrum: balancing benefits with potential or real damages. Beyond the Dirty Dozen recently scheduled for global elimination, UNEP is investigating more than 100 other chemicals for restriction and/or elimination.

The flip side, these researchers agree, cannot be ignored. "Although we're in the business of trying to regulate the nastiest chemicals, we also have to take into account the industrial economic benefits of these chemicals, because we live in a society in which the use of many of these chemicals is now essential," Mackay rationalizes. "The ban-them-all approach is just not feasible. So we have to learn to use and regulate chemicals wisely. ... Environmental behavior is complicated. We have learned a lot about how chemicals behave, but I'm sure there are a lot of surprises in store."

The good news, Bennett offers, is that these days you do need to submit a certain amount of information about that chemical before you can use it. "There definitely has been a realization that we need to learn about the chemical before we begin to release it to the environment." A next proactive step, she adds, would be to get the global environmental community to agree on a standardized method to measure and determine whether a chemical is likely to cause adverse effects in the environment. With a properly funded effort, she says, "I think we are ready and could agree on something for regulatory purposes."

What these researchers have found so far does sound the alarm anew. "These chemicals know no borders," says Mackay. His group has found that certain organohalogen compounds can be transported and deposited someplace else again and again and again. "They can and do undertake long journeys of tens of thousands of kilometers and move throughout our planet, with the atmosphere, oceans, and migrating biota acting as primary vectors. We call it the grasshopping theory," he says.

In a typical scenario, a field is sprayed with a pesticide. The active chemical moves into the air, then is carried away and deposited in the oceans, rivers, or on other fields. Then, under seasonal changes or other conditions, the chemicals can remobilize and continue traveling someplace else. "This is how the Arctic has come to be polluted with agricultural chemicals that were never used there," Mackay points out. (See "Contamination of the Arctic," Opinion, page 12.)

Chemicals are also finding pathways into all other biota, concentrating in the fat or lipids and tissues of animals and plants. Jones likes to illustrate the point with a slide of a blubber sample from a beluga whale from the St. Lawrence Seaway. "This fat sample contains a whole host of very persistent chemicals--PCBs, DDT, and its breakdown products, ... and [in] concentrations so high it would have been classified as a hazardous waste material that required special dumping." One major challenge, he says, is "to understand how these chemicals wind up in these top predators and what harm they are doing or may be doing to the ecosystem."11

In the human population, the levels of some chemicals, such as dioxins, are "probably within a factor of 10 or 20 of levels that are thought to be thresholds of effect," informs McKone. "To realize that the entire northern hemisphere is at a margin of exposure relative to a level of believed effect is something that makes one feel a little uncomfortable."

The urgency of the chemical contamination situation is being debated. But, as Bennett bottomlines it: "It is definitely something we need to be concerned about and we need to do research to determine for which chemicals we should reduce emissions."

THE DATA SO FAR As research progresses, some findings, not surprisingly, only raise more questions. In one study, Jones and colleagues collected and analyzed more than 200 soil samples from around the world. "Far and away the highest concentrations occur when the chemicals started off, but we found a gradient of chemical distribution," he offers. In another study that tracked PCB-52 in the air (over the sea with samples taken from a ship), however, they found that it is virtually evenly distributed from England to Antarctica. "We can't explain why that is right now," he says.

Bennett's method to determine the characteristic travel distance of given chemicals, which she devised while working with McKone at Berkeley, helps scientists figure out which chemicals are likely to travel the farthest in the environment. "Once we know the chemical's properties, we can enter those and work out [the] characteristic travel distance," she explains. In turn, that information helps determine which chemicals should be regulated or banned. "To put it simply, we don't want to use chemicals that are going to travel a long way because they expose larger populations."

So far, the researchers have discovered that the method works quite well. "The chemicals that are on the United Nations POP priority list [for banning] turn out to have the longest transport distance," points out McKone. Using Bennett's system, the researchers have predicted that hexachlorobenzene (a highly toxic chemical used in pesticides), "will travel enough to spread it all over the planet before it eventually dies."

To actually complete the POPs jigsaw puzzle, Mackay says, mass-balance models are needed. "They provide essentially, a cash accounting of the chemicals. The "dream" is to create an "ultimate global model" that will produce a "read" on the lifestyle of any given chemical, he continues. "We have powerful enough computers and the equations, but we just don't have the input data to run the models, and we don't have the monitoring data to validate them." One help: The US Environmental Protection Agency is sharing toxic release information via the Internet, at www.epa.gov/tri.

For now, researchers working in the field have been relying on short-term models, specifically evaluative continental and global models that show the LRT of candidate chemicals under idealized or hypothetical conditions in specific geographic contexts. Using these types of models, Mackay says, they have been able to "roughly" determine the hopping distance and the average number of hops a chemical can take. Some chemicals are able to hop several times, while others only manage one hop. The stickiness factor, he says, depends on the chemical, substrate, temperature, and season. "So far, these models appear to pretty effectively describe the LRT of chemicals we've tested."

A current, collaborative project between Mackay's and McKone's groups involves adapting a Canadian model as a continental model for North America. The goal is to determine which chemicals emitted in Mexico, the United States, and Canada wind up in the Arctic.

Meanwhile, McKone and his California colleagues, are using a method, now called Intake Fraction, to gauge the potential harm of POPs to human health. The technique compares the amount of pollutant taken up by the human population to the amount emitted into the environment from smokestacks and other sources--the higher the dose fraction, the greater the potential threat.

Although Intake Fraction is a "still-evolving" process, McKone says, it is proving to be a "useful concept for making comparative risk assessments." Even though they can confirm their results relative to measurements, uncertainties and variabilities complicate application, he admits. "We need to do a better job in capturing landscape variability, and relative toxicity also needs to be determined. Nevertheless, we believe Intake Fraction could provide policy makers with important information needed to make decisions about these chemicals."

The really critical POPs, he continues, seem to be the ones going through food webs. "These are compounds that are very fat-soluble, and show up in the fat portions of our food--the lipids not only in dairy products or meat, but also in vegetation. We're beginning now to try and track these."

Mackay sums it up: "We're learning all the time that we just have to be more careful about using chemicals in the environment. The snag is, you really can't get away, ... because these chemicals will catch up with you."

9. W.A. Ockenden et al., "Toward an understanding of the global atmospheric distribution of persistent organic pollutants: the use of semi-permeable membrane devices as time integrated passive samplers," Environmental Science and Technology, 32:2795-803, 1998. 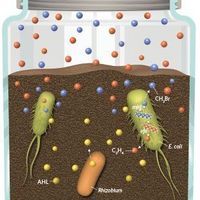 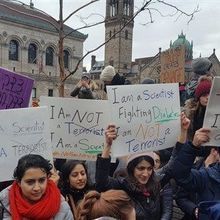