Prions have been a tough sell. Against a backdrop of the "DNA to RNA to protein" credo, the idea that the same amino acid sequence could exist in multiple forms, both normal and deranged, seemed like heresy. But since Stanley Prusiner, a professor of neurology, virology, and biochemistry at the University of California, San Francisco (UCSF), named the agent that causes the transmissible spongiform encephalopathies (TSEs) "proteinaceous infectious particles" in 1982,1 evidence has been steadily accumulating that these prion proteins can indeed set up a deadly chain reaction that renders the brains of 85 mammalian species similar in appearance to Swiss cheese.

Yet despite the mounting evidence, many demonstrations of prion action have been inferred, indirect, or incomplete. A view of how the same molecule can take on different guises has been lacking--until now. Thomas James, chairman of the department of pharmaceutical chemistry at UCSF, with Prusiner and others, has identified the changeling part of the prion protein (PrP).2 And the findings may be one of the final pieces in the prion puzzle.

Farmers have recognized scrapie in their sheep for centuries, a prion disease that causes such intense itching that the animals attempt to scratch their hides off. Prions burst into more widespread public awareness in the mid 1990s, when 34 people in the United Kingdom developed a progressive neurological breakdown. The symptoms were frighteningly similar to those of the tottering "mad cows" afflicted with bovine spongiform encephalopathy (BSE) that had been featured on the evening news throughout 1985. The human condition, new-variant Creutzfeldt-Jakob disease (nv-CJD), was a TSE acquired from various beef parts added to sausage, hamburger, and processed meat, before a 1989 ban.3

But spongiform encephalopathies weren't a new medical phenomenon. Over the years a few dozen cases of CJD had been traced to contaminated transplants, medical devices, and growth hormone pooled from cadavers. Nor are all prion diseases infectious. Some cases of CJD occur sporadically with no obvious source, and others are inherited, as are the prion disorders fatal familial insomnia and Gerstmann-Straussler-Scheinker disease. Old-fashioned gene mutations cause the inherited conditions.

Perhaps the most well-documented prion illness occurred among the Fore people of Papua New Guinea, where a cannibalism ritual spread a TSE called kuru to women and children, who prepared and ate the less desirable parts of their deceased brethren, the brains. They would cut a recently deceased person into pieces, then wrap the flesh in broad banana leaves or push it into tubes of bamboo, then steam or roast it. D. Carleton Gajdusek, the research physician from the Walter Reed Army Institute of Research who has spent much of his lifetime investigating kuru and received the Nobel Prize in 1977, recounted how the children did the butchering, then rubbed their eyes or picked their noses, rarely washing.4

Kuru, which means "to tremble," began with wobbling of the legs and progressed to trembling hands and fingers, whole-body shaking, slurred speech, and slowed thinking. Walking and eating became impossible. As the pathology neared its inevitable end, sometimes the victim would break into spontaneous laughter, earning the terrible disease the nickname "the laughing death." Dementia set in, and death came within a year. Finally, in 1962 the visiting western researchers convinced the Fore to cease their ritual, and Kuru incidence began to fall. The last affected individual died in 1977.

Unfortunately, prions are still here, and they may ultimately explain conditions far more prevalent than kuru or nv-CJD, such as Alzheimer's and Parkinson's diseases. "At least some subtypes of these are due to a general underlying mechanism characterized by aggregations of proteins, small peptides, or protein fragments. That aggregation somehow leads a neuron to degenerate," explains D. Stephen Snyder, program director for the etiology of Alzheimer's disease section of the neuroscience and neuropsychology of aging program at the National Institute on Aging. "A handle to understanding the causes of these diseases is identifying the structural change that goes on to convert a normal protein to a scrapie-like protein that causes disease. I call them conformational diseases," he adds. Such conformational change would affect how amino acids attract and repel one another, not the amino acid sequence itself.

X-ray crystallography is the gold standard of molecular structural studies, but many molecules are uncooperative in forming crystals. So it was for PrP. "We would certainly have determined the structure earlier, but for nearly a year almost all of the protein was consumed in a fruitless effort to get crystals. Continued efforts have still not produced crystals," says James.

So the researchers turned to another technique, nuclear magnetic resonance (NMR), using recombinant PrP prepared in Prusiner's lab. NMR detects signals from carbon atoms, and the signals differ depending on how many hydrogens are in the vicinity. Integrating the data provides structural information.

Prion protein has a core domain, and a backbone consisting of three alpha helices and two short head-to-toe beta sheets. "Our structural studies show that while most of the core of the prion protein assumes a single, stable structure, an important part of the prion protein exhibits multiple structures, at least two conformations," relates James. A previous study showed that peptide fragments from the region now known to be unstable assume the normal cellular form of PrP under some solution conditions, but change into the infectious scrapie form under others.5

The NMR data also explain how mutations cause the rare inherited prion diseases. The crucial parts of the protein are amino acids 129 and 178 in the primary sequence, which approach each other as the protein folds. At site 129, most people have methionine, and a few have valine. At site 178, most people have aspartate, but some have asparagine. People with fatal familial insomnia have the normal methionine at 129, but asparagine at 178. And people with inherited CJD have the unusual amino acids at both sites. "Our structure provides an explanation. The aspartate-178 carboxylate is hydrogen-bonded to the ring hydroxyl of tyrosine-128. The aspartate to asparagine mutation would disrupt that H bond, resulting in different conformations for the methionine-129 and the valine-129 variants. Residue 129 is in the region exhibiting multiple conformations," says James.

On a more practical level, the new knowledge may make it possible to prevent BSE, scrapie, and other TSEs that may crop up in animals that we eat. "Individuals with positively charged amino acid residues in their prion protein at certain locations do not get prion diseases. In the three-dimensional structure, those residues are fairly close. This suggests that breeding animals with mutations in positively charged residues in that region will produce a scrapie-resistant or BSE-resistant herd. In this dawning age of animal cloning, this should be feasible," James predicts.

The doubt that has surrounded the prion theory is evident in the subtle and not-so-subtle language of articles evaluating the work. Prusiner has been repeatedly called a "maverick" and prions termed "bizarre brain-eating bugs." In many articles, "prion" is preceded by the qualifier "so-called," as if they might really be something such as a more understandable virus.6 And when Prusiner won the Nobel Prize in 1997, some scientists commented that the recognition was premature.7

Experimental results, however, continue to strengthen the prion theory, and the new work should bolster it further. "I think the level of proof is convincing. Prusiner's group has done everything possible to show that it isn't a contaminant that you have along with the prion that causes disease. As they dissect the prion protein more and more and show that this part is important, but this part, if you take it away, it still infects, there is going to be more acceptance of the hypothesis. There probably still are detractors, but more people are coming around to see that proteins in and of themselves can wreak havoc in a cell through a mechanism that we never dreamed of," says Snyder.

A few pieces to the prion puzzle remain. "The evidence for the prion hypothesis is very compelling, but an experiment that would really completely convince the skeptics is to create an infection de novo in a test tube, to take a recombinant or synthetic peptide and make it infectious. Several labs are trying to carry that out, but getting it to happen in an unambiguous way may be difficult. It is a very unusual molecular transformation that could be hard to reproduce in the test tube," explains David Harris, an associate professor of cell biology and physiology at the Washington University School of Medicine in St. Louis. But prion researchers have grown accustomed to a higher than usual dose of scientific skepticism, and James agrees with Harris that more work needs to be done. "As far as our NMR structure being the clincher for the prion theory, I think there will be doubters still," he says.

With many lab groups closing in on the alternate faces of PrP, it is only a matter of time until research reveals the mechanism of perturbation that causes the spongiform encephalopathies, and maybe more. One promising research avenue is probing the effect of copper on how cells handle and localize PrP, says Harris, whose lab is among several investigating the copper connection. But the state of prion research has certainly come a long way since Gajdusek described kuru in his lecture to the Nobel Foundation in 1977. Sums up Snyder, "The story of prions illustrates that we don't know where basic science will lead. Kuru was once looked at as a unique, abstruse, and foreign disease. Now 20 years down the road, it is applicable to diseases like Alzheimer's. But that's how science works--it's unpredictable." 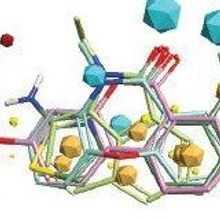 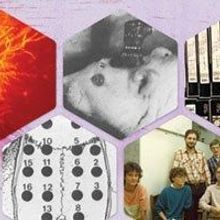