LONDON-If international science is a race, Great Britain is beginning to tire.

A study published this month shows a steady decline in Britain's scientific performance from 1973 through 1982. The decline is par-ticularly steep in physics, where the country of Maxwell and Lord Kelvin has been overtaken in many respects by France, West Germany and Japan.

The Royal Society conducted the study on behalf of the government's science policy advisers after earlier figures suggesting a fall in the country's scientific standing attracted wide attention in 1984.

The new study found that the picture is even bleaker than that drawn in 1984 from data about publications in the Science Citation Index. The Royal Society used material collected by Computer Horizons Inc. for the Science Indi-cators series presented by the U.S. National Science Foundation.

The 1984 report found that Britain's share of papers in a constant set of journals dropped from 9.2... 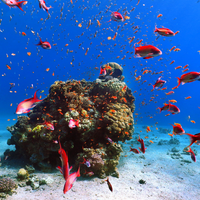