While the ethics of human cloning has dominated recent discussion of reproductive technologies, research involving human embryos has always been a political hot potato, entangled with the twin issues of abortion and the beginning of human life. Restrictive policies and negative public attitudes surrounding embryo research have made it increasingly difficult for the infertility research community to improve the success rates for assisted reproductive technologies. According to the Centers for Disease Control and Prevention (CDC), such methods are successful only 20 percent to 30 percent of the time. Yet, despite an increasingly restrictive regulatory climate (see story below), infertility investigators are making progress toward improving assisted reproductive technologies.

"When you think about it, we were forced to do the world's largest human experiment with infertility patients, because we couldn't do embryo research," says James A. Grifo, a professor and director of the division of reproductive endocrinology at New York University Medical Center. "But we're not trying to do crazy, outlandish things here. We're trying to help people with diseases."

One of the most revolutionary advancements in the treatment of infertility is intracytoplasmic sperm injection, or ICSI. Developed in 1992 by researchers in Brussels, Belgium, as a method of treating men with poor sperm function, ICSI is an in vitro fertilization (IVF) procedure in which a single sperm is injected into the egg. But ICSI has become useful for other indications as well, according to one of the technique's creators, Gianpiero D. Palermo. "We do between 1,200 and 1,300 cycles of IVF a year, and we use ICSI in 60 [percent] to 70 percent of those cycles," says Palermo, now director of assisted fertilization and andrology at the Center for Reproductive Medicine and Infertility, New York Hospital-Cornell Medical Center in New York City.

ICSI is routinely used when there are a low number of egg cells or when the coating surrounding the egg is too thick. Despite the invasiveness of ICSI and the random selection of sperm for injection into the egg, the procedure itself does not appear to lead to more congenital abnormalities than does standard IVF (G.D. Palermo et al., JAMA-Journal of the American Medical Association, 276:1893-7, 1996).

But ICSI raises some safety issues, according to Larry I. Lipshultz, a professor of urology at Baylor College of Medicine in Houston and president-elect of the American Society for Reproductive Medicine (ASRM). Many men thought to be hopelessly infertile because there was no sperm in their ejaculate do in fact have sperm in the testes or epididymis, the tube that connects the testis to the vas deferens. "We can actually take sperm out of the testicle and use that for ICSI," says Lipshultz. "But the question that arises is this: Are we now creating children who carry the genetic defects that made their fathers infertile?" More troubling is the genetic link between some types of male factor infertility and other diseases, including cystic fibrosis. "I think you're going to see a lot more genetic analysis of infertile men," he predicts.

It's been well documented that the success rates for IVF and embryo implantation drop precipitously for women over the age of 40, in large part owing to abnormalities in the embryo's chromosome. One of the most common problems is aneuploidy-the presence of an abnormal number of chromosomes. (Trisomy 13, or Down syndrome, is one example.) There is some evidence that aneuploidies arise during meiosis (the cell division that reduces the immature egg's chromosomes by half) around the time of ovulation. Researchers have speculated that there is an age-related change in the cytoplasm's capacity to form part of the apparatus required for meiotic division.

Grifo and his colleague John Zhang, an assistant research scientist at New York University Medical Center, showed that removing the nucleus from an older woman's egg before meiosis and inserting it into a younger women's enucleated egg does not affect the reconstructed oocyte's ability to mature in vitro. The immature eggs used in this experiment were all obtained with IVF patients' consent and would normally have been discarded. Grifo cautions that this was a "very preliminary experiment, with a small number of eggs." Grifo and Zhang plan to analyze reconstructed eggs in future experiments for aneuploidy and to determine whether they can cause similar defects in the nuclei of young eggs by surrounding them with the cytoplasm from older eggs. "If we could get efficient at this, we could have an alternative to egg donation," says Grifo. "Because we would use only the donor cytoplasm, patients could have a baby that's genetically theirs." The study was presented at last October's ASRM meeting and has been submitted for publication.

Much of the research documenting the interaction between the cytoplasm and the nucleus during meiosis originated in the laboratory of Jacques Cohen when he was at the New York Hospital-Cornell Medical Center. (Cohen is now scientific director of assisted reproduction at St. Barnabas Medical Center in Livingston, N.J.) Although the cytoplasmic factors involved are not known, Cohen explains that the eggs of older women are lower in ATP, as well as in the reserve mRNA that the cells rely upon until their own genomic transcription kicks in three days after fertilization. Cohen recently reported a procedure in which he transferred the husband's sperm along with a small amount of cytoplasm from healthy donor eggs to the eggs of a woman who had not been able to conceive because of poor embryo development (J. Cohen et al., Lancet, 350:186-7, 1997). The woman later gave birth to a healthy girl, and Cohen reports that other women are now pregnant using the technique.

Cohen notes that one potentially powerful clinical application for his group's cytoplasmic research is in preimplantation genetic diagnosis, or PGD. PGD requires removing one cell from an eight-cell embryo and rapidly analyzing it for genetic defects before transferring it to the uterus. If the procedure is done correctly, the remaining cells grow and develop normally. Fluoresence in situ hybridization (FISH) allows investigators to see fluorescent probes bound to specific portions of selected chromosomes. FISH is useful for detecting aneuploidy or translocations, or for sex determination. But Cohen says that it is impossible to visualize all of the chromosomes simultaneously using FISH except during metaphase, when the chromosomes are lined up, ready to divide. By fusing an embryonic cell to an egg-not necessarily human-"you can force that cell to go to metaphase very quickly, within hours, and then you can do do full karyotypic analysis." This research was presented at the Second International Congress on Preimplantation Diagnosis in Chicago last year.

In producing embryos for transfer to the patient, infertility doctors often find themselves faced with too many fertilized eggs. Generally, they choose the best-looking embryos for implantation. But investigators are finding that the best-looking embryos are not always normal. Michael J. Tucker, scientific director at Reproductive Biology Associates in Atlanta, is working with the St. Barnabas group on a study to determine the correlation between the embryo morphology and genetic potential. In preliminary studies, the researchers found that in some cases, morphologically normal embryos that would have been routinely selected for implantation are chromosomally normal, while "the runt four-cell embryo, which is a bit slow, turns out to be the normal one."

Tucker also is a member of one of two teams recently reporting the births of healthy infants after using ICSI and eggs that had been frozen. Freezing embryos has become commonplace, but until recently, unfertilized eggs have been considered too fragile to freeze. Last August, Tucker and his team announced the birth of twin boys through the use of oocytes that had been frozen for 25 months. Freezing and thawing mature eggs, however, remain dicey procedures. In the mature egg, before fertilization, the chromosomes are arrayed on the chromosomal spindle, "like washing on a line hung out to dry," says Tucker. Freezing and thawing can disrupt the fragile spindle, so that "you've basically got chromosomal junk." Rather serendipitously, Tucker discovered that immature eggs, with chromosomes still tightly bundled in the nucleus, survive the freeze-thaw cycle better than mature eggs. Now, two women are pregnant with embryos derived from immature frozen eggs.

"I would say realistically within a year, the technology for egg freezing will be at a stage where people will actually start setting up true, well-established egg banks," says Tucker.

One of the most disturbing side effects of aggressive infertility treatments is the high incidence of multiple births. Embryos conceived through IVF are usually transferred to the uterus on the second or third day following fertilization, around the four- to eight-cell stage. "The implantation rate [for embryos conceived through IVF] is between 10 [percent] and 20 percent," says David K. Gardner, director of research and development at the Colorado Center for Reproductive Medicine in Englewood, "and it's been that way for 20 years." As a result, doctors often transfer as many as four embryos into the uterus in the hopes that one or two will survive. In some cases the implantation rate is higher than average, and the mother ends up carrying higher-order multiples, putting herself and the fetuses at greater risk.

At the four- to eight-cell stage, the zygote normally resides in the fallopian tubes, an environment that is dramatically different from that of the uterus. Gardner reasoned that transferring the zygote to the uterus at this stage might account for the poor implantation rates. He and colleagues from Australia have developed a sequence of culture media that allowed them to successfully culture the embryos an extra two or three days. By Day 5, the zygote has reached the blastocyst state and is ready to implant in the uterus. In a study published in the journal Fertility and Sterility (D.K. Gardner et al., 69:84-8, 1998), Gardner found that embryos transferred on Day 3 had a 21 percent implantation rate, and from that a 47 percent pregnancy rate. Day 5 transfers, on the other hand, implanted 45.4 percent of the time, with a 63 percent pregnancy rate. He and his colleagues are following up with a fully randomized trial, the results of which he expects to publish later this year.

Despite the remarkable advancements in high-tech infertility treatments, many agree that the best way to cure infertility is for society to make it easier for women to have children during their limited childbearing years. "Women who want to pursue a career are punished for having children at the right age," says Grifo. "We need to change society's views and governmental policies to make it easier for working parents." 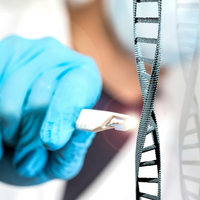