The oversized, fluffy "Taz" looks decidedly out of place in the gift shop at Narawntapu national park, a wildlife-rich reserve on the north coast of Tasmania. Nearly two feet high, it looms over a small selection of other, more refined, souvenirs.

But the plush toy, modeled on Warner Brothers' whirlwind Looney Tunes cartoon character, is on sale for a good cause. Each one raises money for research into Devil Facial Tumor Disease, the poorly understood and disfiguring affliction that threatens the entire Tasmanian Devil population. In fact, it is one of 5,000 fluffy Taz dolls the Tasmanian government is allowed to manufacture as part of a deal it struck in June last year with Warner Bros. Retailing at AU$50 each, they're expected to bring in up to $200,000 for devil research.

The money is certainly needed. A decade after it first appeared, the disease now affects most of the devil population and is spreading fast. Among scientists there's a genuine fear that within a few years it will cover the whole island. "At the moment we're approaching the crunch point," says Hamish McCallum, senior scientist at the University of Tasmania's devil facial disease research group.

Tasmania isn't a big state. The state government provides about AU$1 million a year for research, and the Australian federal government has also chipped in, but their contribution is due to expire soon. "At the moment, the critical short term problem is that our funding is not enough to sustain what we're doing, let alone to support other projects we need to do," McCallum says. He and others are considering relocating an uninfected population to an island sanctuary and work has begun on eradicating infected animals from an isolated peninsula. There is hope to one day produce some kind of vaccine.

That's why, in January this year, Tasmanian wildlife biologist Nick Mooney joined other researchers and Tasmanian tourism representatives on a trip to New York and Los Angeles. Their aim - to garner more funds from sources in the US, including, hopefully, Warner Bros. Mooney, a plain spoken and dry-humored man more comfortable in the Australian bush than the concrete canyons of Manhattan, has become one of the most prominent public faces of devil research in Australia.

He explains that the trip was timed to coincide with Australia Week, a kind of trade fair-cum-profile raiser for Australian tourism and business. "It was basically a chance to do a bit of hustling," he says. "We wanted to further awareness of the issue and plant some seeds for collaborations and partnerships with US people."

At a series of events, he and his colleagues networked with folks from places like the Bronx Zoo and the Memorial Sloan Kettering Cancer Center, looking for advice on wooing philanthropists or getting access to US scholarships. "I was very surprised at the level of interest and the general awareness of the issue," he says. "I didn't meet a single person in the US who didn't know about the Tassie devil."

Mooney thinks the popularity of the Taz may be a prime reason. "Although there were some misconceptions about the nature of the beast, people did seem aware there was a real animal behind it," he says. In fact, during the visit there were signs Warner Bros. was interested in contributing more to the Tassie devil cause, suggests Daryl Le Grew, vice-chancellor of the University of Tasmania. In Los Angeles, representatives of Tourism Tasmania met with people from Warner Bros. "I get the sense that they saw the fluffy toy thing as a first step," Le Grew says.

A spokesman for Warner Bros. says the company has had "good creative conversations" with Tourism Tasmania about continuing their involvement with the devils. "We couldn't be more pleased to lend the use of Taz to what is obviously a worthy cause," he says. "I know there have been discussions about maybe doing something more to create momentum on the back of the sales of the plush doing so well."

Exactly what the US company might do in the future isn't clear at this point, the spokesman says. But as Le Grew notes, if Warner Bros were to help out more, it could prompt other donors to step forward. "It could be a spur for others to put their hands in their pockets too," he says. 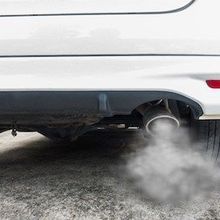