Late last year, following the Kansas State Board of Education's decision to treat evolution as a disputed theory in elementary and middle school classrooms, Paul Mirecki, a professor of religious studies at the University of Kansas, announced plans to teach a counter-course: "Special Topics in Religion: Intelligent Design, Creationism, and other Religious Mythologies." Soon after that, the trouble started.

After comments Mirecki made about the course on a private listserv were made public in late November, the university reevaluated the class. "The fundies," Mirecki wrote of religious conservatives on Nov. 19, 2005, to a university group he advises, the Society of Open-Minded Atheists and Agnostics, "want it all taught in a science class, but this will be a nice slap in their big fat face by teaching it as a religious studies class under the category [of] mythology."

Mirecki apologized for the comments and withdrew the course on Dec. 1, 2005, after additional controversial comments he made on the listserv, apparently disparaging a variety of groups and individuals, were published, says Lynn Bretz, University of Kansas spokesperson. Bretz says Mirecki had been making such comments for three years. About 30 students had already enrolled in the class.

Early on the morning of December 5, Mirecki showed up at the emergency room of Lawrence Memorial Hospital with bruises. He told police he had been beaten on a rural road by two men who had referred to the course. The police investigation is still open, according to Lieutenant Kari Wempe of the Douglas County Sheriff's Office.

Mirecki stepped down as chair of the department of religious studies two days after the alleged beating. He and the university administration said the resignation was voluntary, though his peers recommended the move. Mirecki later released a statement to The Lawrence Journal-World repudiating this. "I've become radioactive and the university's administrators won't support me," he wrote, and is considering suing the university.

Though "a lot of people feel that it's really unfortunate what happened," says Jennifer Gleason, assistant professor in the University's department of ecology and evolutionary biology, "the [biology] department doesn't seem to be really doing anything about it or taking a stand or anything. Obviously we need to do a better job of educating the public about what evolution is about."

Mirecki, who remains a tenured professor, is currently teaching "Understanding the Bible." He did not return calls for comment. As to whether an "intelligent design as mythology course" has a future at the University of Kansas, with or without Mirecki, the administration said in a December statement that it "continues to believe the course has merit and should be taught in the future." The university has "been very clear that neither [intelligent design] nor creationism should be taught as science," Bretz writes in an E-mail. 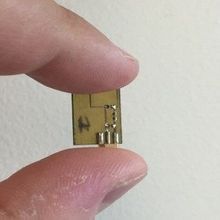