The last thing McGill University professor Brian Alters expected upon opening a letter late in March was to see his latest $40,000 Canadian ($36,400 US) grant rejected for not providing enough evidence to support a theory he'd made a career of defending: evolution.

Alters had applied for funds from Canada's Social Sciences and Humanities Research Council (SSHRC) to study the effect of intelligent design debates in the United States on Canadian students, teachers, administrators, and policymakers. In the rejection letter, the SSHRC said Alters - who is a vocal advocate for education about evolution and an expert witness in the recent Dover trial - did not provide "adequate justification for the assumption in the proposal that the theory of evolution, and not intelligent design theory, was correct."

Alters says he was completely blown away to read that one of Canada's largest funding bodies seemed to consider intelligent design an alternative scientific theory to evolution. Coincidentally, he received the letter a few days before giving a Canadian Royal Society lecture on "Intelligent Design, God, and Evolution." Alters read the six-sentence rejection aloud to the 650 people attending, and "there was an audible gasp in the audience," he says.

SSHRC calls the letter an unfortunate "miswording," but one with consequences that haven't yet gone away, the agency admits. "To my knowledge, a controversy being generated by the wording of a rejection letter hasn't happened to us before," says Eva Schacerl, a spokesperson for SSHRC. The agency has received "a lot of emails from scientists," she adds.

Hundreds of letters have also shown up at Alters' door. "People from all over the world have been writing to me," says Alters. Indeed, at a recent talk at the US National Institutes of Heath, scheduled well before the controversy, Alters was asked to change his topic from the Pennsylvania Dover case to the SSHRC controversy.

Scientists say the rejection letter aroused such interest because a four-person peer-review committee composed it and the SSHRC reviewed it, yet it appears to doubt the theory of evolution. "When I saw the comments [of the SSHRC rejection letter] it was clear that the evolution community should be concerned," says Douglas Morris, an evolutionary biologist at Lakehead University in Canada. "I'm not disputing the decision on the grant, but [I am disputing] the message that evolution needs to be justified on an equal footing with intelligent design."

Morris wrote a letter to SSHRC asking that it provide detailed reasons for rejecting the grant and clarify its position on intelligent design. The Canadian Society for Ecology and Evolution, the American Sociological Association, and the American Institute for Biological Sciences have all requested the same thing in open letters to SSHRC. In response, SSHRC has released a statement on its Web site saying "the theory of evolution is not in doubt" and that it "regrets that the summary of the committee's comments sent to Dr. Alters was poorly formulated."

Morris and Alters wanted SSHRC to take a stand on intelligent design, and they are less than satisfied with SSHRC's silence on the issue. However, "it's not our role as an organization to enter into this debate," says Schacerl, adding that SSHRC is nevertheless looking into its peer-review process because of the controversy.

Meanwhile, Alters, who continues to study the debate over intelligent design, could have a lot more grant writing ahead of him. "I think Alters has enough [material from this experience] to write a few research papers already," says Morris. 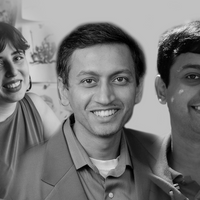