By the early 1990s, researchers were routinely altering the DNA in mouse ES cells to create genetically engineered mice with missing, added, or modified genes. But the same techniques did not...

Buehr joined Austin Smith's Edinburgh lab in 1994 tasked with smoking out stem cells from the impervious rat, whose larger size and behavioral sophistication make them more effective animal models than mice for studying many human diseases.

For over a decade, Buehr meticulously tried everything and anything that worked for deriving mouse ES cells to nail down the necessary culture conditions for obtaining rat ES cells. This line of attack was fairly standard, but it wasn't up to snuff for obtaining rat ES cells. "There's just a lot of species specificity," says John Critser, the principal investigator of the Rat Resource and Research Center at the University of Missouri in Columbia.

Buehr and others successfully isolated embryonic stem-like cells, which had some cellular markers consistent with stem cells. However, they couldn't create a chimeric animal from two cell sources once the stem cells were injected into a developing blastocyst—the hallmark of an ES cell and a prerequisite for crafting knock-out and knock-in rats.

Why it took nearly 30 years to isolate ES cells from rats.

In 2006, Smith's team finally had a breakthrough. Qi-Long Ying, another postdoc, discovered the "3i" medium, a cocktail of compounds with three inhibitors of transcription factors involved in cell differentiation. Buehr then helped craft a "2i" formula that included only two inhibiting factors. At long last, she and Ying reported last December that they had successfully derived true rat ES cells that could be genetically manipulated (Cell, 135: 1287-98 & 1299-1310, 2008).

Ying, now at the University of Southern California in Los Angeles, suspects that the reason it took so long to obtain rat ES cells was that researchers were stuck on using leukemia inhibitory factor (LIF), a cytokine that blocks differentiation and maintains pluripotency. LIF is used near-universally for deriving mouse ES cells, but did nothing for the rat ES cell culture media, the researchers found.

Generating transgenic rats with targeted mutations is now "our top priority," says Ying. Although no one has yet successfully made a rat genetically engineered from ES cells, Ying believes this could happen as soon as this summer, "if all goes well."

Stem Cell Sciences, a Cambridge-based company that Smith co-founded, is already "in discussions with a number of animal houses and pharmaceutical companies that are interested in the development of genetically engineered rats," says the company's CEO Alastair Riddell.

ES cells might not be the only route to genetically engineered rats, however. In January, two research groups reprogrammed adult rat cells—including from liver, skin, and bone marrow cells—to produce rat induced pluripotent stem (iPS) cells (Cell Stem Cell 4:11-5 & 16-9, 2009). The team led by Sheng Ding of the Scripps Research Institute in La Jolla, Calif., also successfully generated chimeras from the reprogrammed cells. These cells "can be now used to actually make transgenic animals," says Ding, who licensed the iPS technology to San Diego–based Fate Therapeutics, a company he helped co-found. "It opens the door to additional model systems that are more feasible in rats than in mice, which is a big deal," says Paul Grayson, Fate's president and CEO.

Philip Iannaccone, a developmental biologist at Northwestern University Medical School in Chicago, suspects that it's now only a matter of time before the first transgenic rats are born. "The combination of Austin Smith's inhibitors and the iPS approaches are going to prove to be very powerful," he says.

In addition, Buehr and Ying say that they are each independently now trying to use the 2i and 3i media to isolate ES cells from larger animals, including pigs, cows, and sheep. "This same story has to be repeated in other animals," Buehr says. "It doesn't stop with rats." 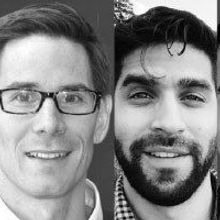 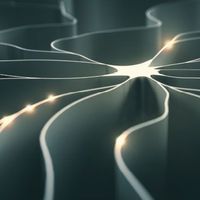