The last thing Seth Roberts does each night is turn on his bedside timer, and the first thing he does each morning is switch it off. He has tracked his own sleep for more than 30 years and all those data are stored and crunchable along with the many factors he suspects influence his slumber.

As his day job Roberts, an associate professor of psychology, studies animal behavior at the University of California at Berkeley. His self-study is "a hobby," he says. But he clearly thinks it's a hobby with a lot to offer the world of science. He outlined his methodologies and some of his results in a 2004 paper in Behavioral and Brain Sciences, and is currently writing a book for Penguin, The Science of One, about self-experimentation. His 2006 book The Shangri-La Diet, was also based on self-experimentation.

Roberts began experimenting on himself in order to address his own bad sleep, bad skin, bad moods, and bad weight. In his sleep studies, he manipulated his diet, exercise regimen, and exposure to different kinds and amount of light. "I just came up with as many ideas as possible," he says, "and then tested them one by one." Today he is sleeping soundly, has lost 40 pounds and kept them off for years, and has skin that looks like that of someone much younger than his 53 years.

Some colleagues dismiss the scientific validity of Roberts's self-experimentation as uncontrolled and riddled with observer bias. Martin Voracek, a psychologist at the University of Vienna, has several concerns about Roberts's experiments. He points to the "high potential for confounding factors," which makes it hard to know what's actually causing the measured effect. Voracek adds that it's difficult to objectively measure things like one's own moods and he cautions that "there is a long history of errors through self-inspection and self-experimentation - most notably from psychoanalysis, which started with Freud's self-analysis."

Roberts, however, says that's beside the point. Though he believes he and others have benefited directly from his findings, it is really the hypothesis-generating aspect of self-experimentation, not the scientific conclusions, which interest him most. "Scientists don't have very good ways of coming up with new ideas, and just to get started studying a really different idea in a formal way is very expensive. With self-experimentation, the threshold is low," Roberts says.

To illustrate, Roberts takes out his "apparatus" for a self-study on the effects of Omega 3 fats on balance: a pipe plug about the circumference of a bottle cap, a wooden cutting board, and a stopwatch. Earlier research, reported in the BBS paper and elaborated in The Shangri-La Diet, suggested that ingesting tasteless calories in the form of oil suppressed appetite, a conclusion thousands of other dieters have now corroborated. These days, though, Roberts is studying the effects of Omega 3 fats on balance. "Balance involves lots of mental computation per second and is a good general indicator of brain function," he says.

He puts the plumbing cap on the floor, places the cutting board on it, stands on the tippy thing and balances as long as he can. He practiced such balancing acts thousands of times until his abilities reached a plateau. By doing so he hoped to correct for the steep improvement that may come with early practice. He is also planning blinded studies where he drinks unknown types and concentrations of oil in the future, but for now he's just drinking Omega 3 and looking for broadly recognizable effects.

These days, Roberts is getting to know one part of himself especially well: his face. For an hour each morning he gazes at his own visage in the mirror. His experiments have convinced him that the practice elevates his mood.

Michel Cabanac, a professor of medicine at Laval University in Québec and an expert on self-experimentation, says work like Roberts's is valuable and all too rare. "Too much research relies only on expensive apparatus, not on imagination. Roberts is engaging in real discovery, like Christopher Columbus," says Cabanac. 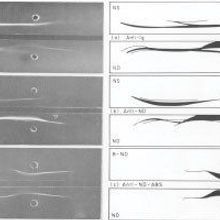