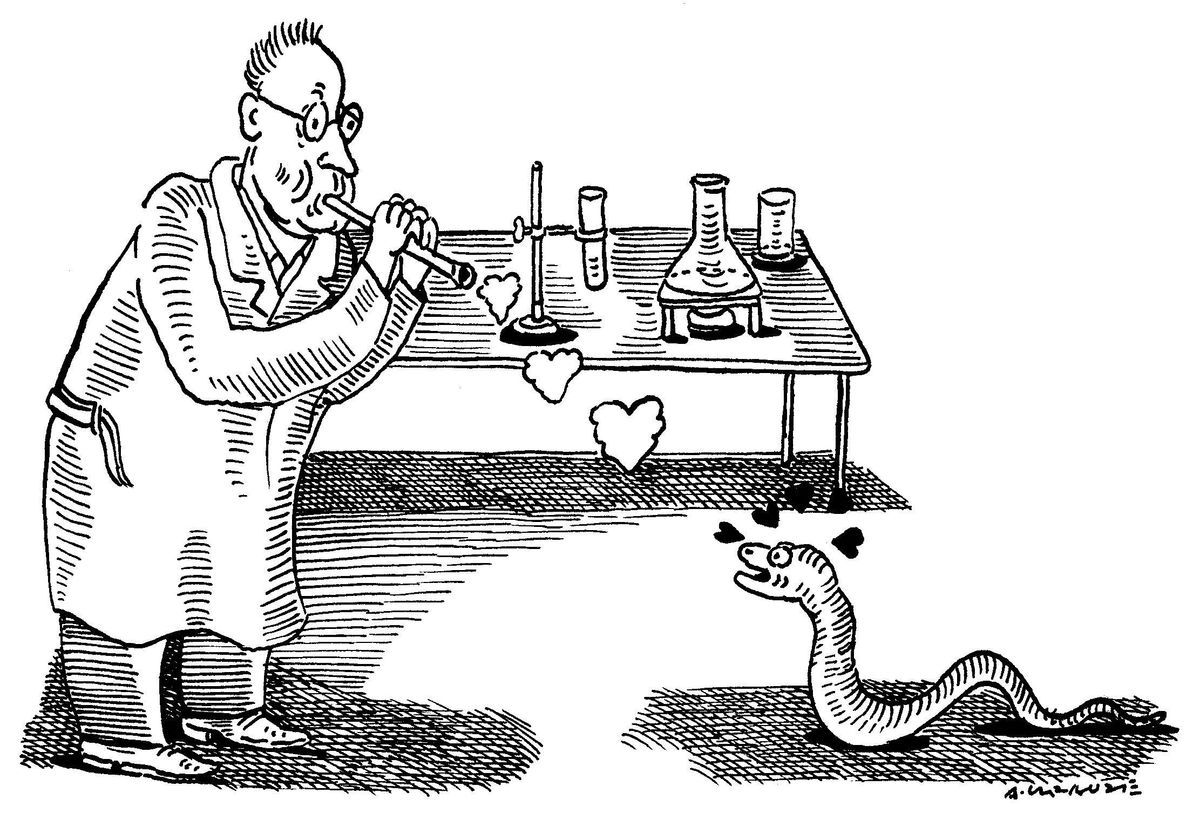 What really turns a brown tree snake on? That’s the question Rocky Parker, a chemical ecologist at James Madison University in Virginia, has been trying to answer these past few years, and it hasn’t been easy. To communicate with members of the opposite sex, “the snakes don’t just use a single chemical cue or a couple [of] cues,” Parker says. “They are using this bouquet of odors.”

But there’s good reason to narrow in on the chemicals that matter: luring brown tree snakes (Boiga irregularis) into traps using sex pheromones is one tactic that Parker believes could help stem an infestation that has plagued the island of Guam for decades. While baiting traps with synthetic pheromones has proven to be an effective method to capture and kill insects, the approach has seen limited success with vertebrates such as rodents, and it has never been...

The brown tree snake has been an unwelcome visitor to Guam since the end of World War II, when the pest hitched a ride on military cargo ships steaming from Australia to the Pacific island. Feasting on rats and tropical birds helped the snake population balloon to as high as 4 million by the 1980s—with several native bird and other vertebrate species going extinct as a result. Guam’s brown tree snake population, now with far fewer prey to eat, has hit carrying capacity at 1 million to 2 million snakes, but efforts to control the nocturnal reptile continue.

US federal agencies employ several tactics to keep the serpents at bay. Traps baited with mice keep snakes out of power stations. Snake-sniffing dogs catch the creatures at the seaport. And for the last few years, researchers at the US Department of Agriculture’s Animal and Plant Health Inspection Service (APHIS) have been dropping dead mice laced with acetaminophen—poisonous to the snakes—from helicopters into the jungle. A new automated system is set for its first landscape-scale test this summer at Andersen Air Force Base.

“At this point, it’s looking pretty clear that nothing is going to be the magic bullet, so what’s going to be required is a suite of tools, each of which has strengths that make it useful for particular applications associated with the overall snake problem,” says Shane Siers, a supervisory research wildlife biologist with APHIS, which spearheads much of the snake research and control efforts. “[Pheromone research] has been identified as something that has potential that hasn’t been fully exhausted yet.”

Obvi­ously they smelled enough like a female to elicit courtships from males.

When Parker started work on pheromone-based snake control in 2014 at the National Wildlife Research Center in Fort Collins, Colorado, he had a lead or two to go on. Studies in the late 1990s by his mentor, Robert Mason, a reproductive biologist at Oregon State University, had hinted at a role for a group of chemical compounds called methyl ketones in brown tree snakes’ mating behavior.  And in 2012, Parker demonstrated that it was possible to make males of a related serpent, the red-sided garter snake (Thamnophis sirtalis parietalis), olfactorily resemble females by inserting an implant that released the steroid estradiol under the skin, causing the snakes to produce female sex pheromones (J Exp Biol, 215:723–30, 2012).

Armed with this experience, Parker recently tried to find out whether methyl ketones alone would be sufficient to lure Guam’s male brown tree snakes into traps. In 2015, he surgically implanted male brown tree snakes with estradiol and found that the serpents produced methyl ketones that looked exactly like those that females produce. What’s more, these males provoked overt sexual behaviors, such as tongue-flicking and chin-rubbing, from untreated males. On average, untreated males flicked their tongues 72.75 times per minute in response to a female, and 73.58 times per minute toward an estradiol-implanted male (J Chem Ecol, 44:189–97, 2018). “So, obviously they smelled enough like a female to elicit courtships from males,” Parker says.

Next, Parker shipped the pheromone extracts he collected in Colorado to a US Geological Survey lab at the Guam National Wildlife Refuge for tests on captured wild males. He placed either methyl ketone isolates or whole skin lipid extracts on filter paper in a dimly lit pop-up tent that acted as a testing arena. Then, he observed the responses of the wild males to the samples—no easy feat given the animals’ nocturnal habits. “I had to test the animals with pheromone isolates in the middle of the night with a headlamp on,” Parker says. “It was brutal.” These experiments, however, revealed a further twist to the story: the wild males showed only weak responses to methyl ketones, compared to the whole lipid extracts.

The results aren’t fatal for the viability of a pheromone control strategy, says Parker. “We could just take extracts from females without having to isolate the methyl ketones” to use as a potential bait. That’s doable, if lipids are harvested from some of the thousands of snakes caught every year, Parker says. But that approach may not be practical if the effort were to be scaled up. The whole extract would also be harder and prohibitively expensive to biosynthesize. Skin lipids contain hundreds of compounds, and researchers suspect that sex pheromones make up only a small percentage.

Mason, who was not involved in the research, believes Parker is on the right track with the methyl ketones. “He’s getting evidence that something is going on,” he says. “The methyl ketones are definitely a promising avenue, no question about it.” But there may also be other compounds driving snake behavior, he adds.

Rick Shine, an evolutionary biologist at the University of Sydney who is investigating the use of pheromones to control cane toad populations in Australia and was not involved in the study, also recognizes the complexity of the snakes’ chemical communication. Snakes are “vastly more sophisticated creatures than we might expect from an animal with the brain the size of a pea,” he says. Of Parker’s work, he adds, “clearly, we’re not there yet, but this is very sensible research.”

APHIS’s Siers says funding for future projects is there. But Parker says he hasn’t decided exactly what those projects will entail. “I’m very hesitant because of the bioassay [on Guam] not being as strong as I had hoped,” Parker says. Still, he’s hoping to conduct more work in the field. “The real way to test it,” he says, “is to actually put the stuff out in the environment where the snakes are and to see what happens.”