Watch a bacterium chase down the source of an enticing molecular trail using chemo-taxis, and it’s clear that its sensory and navigation abilities are tightly linked. But could the same be true for humans?

In 2014, Louisa Dahmani, then a graduate student at McGill University in Montreal, set out to answer that question. After having reviewed the literature on studies of spatial memory and olfaction in people, “I realized that the two functions seemed to rely on similar brain regions,” she explains. “But no one had actually looked at it directly and tested the same sample of participants on an olfaction and on a spatial memory task.”

Dahmani, her advisor Véronique Bohbot, and their colleagues set out to rectify that. The group recruited 60 volunteers and tested their ability to identify 40 odors, from menthol to cucumber to lavender. The researchers also had the...

“People who are better at finding their way are also better at identifying smells,” Dahmani says, summing up the study’s biggest takeaway. The scientists also imaged participants’ brains using MRI and found that a larger medial orbitofrontal cortex—a brain region known to be associated, along with the hippocampus, with spatial navigation—correlated with both better smell identification and fewer errors on the navigation task (Nat Comm, 9:4162, 2018). 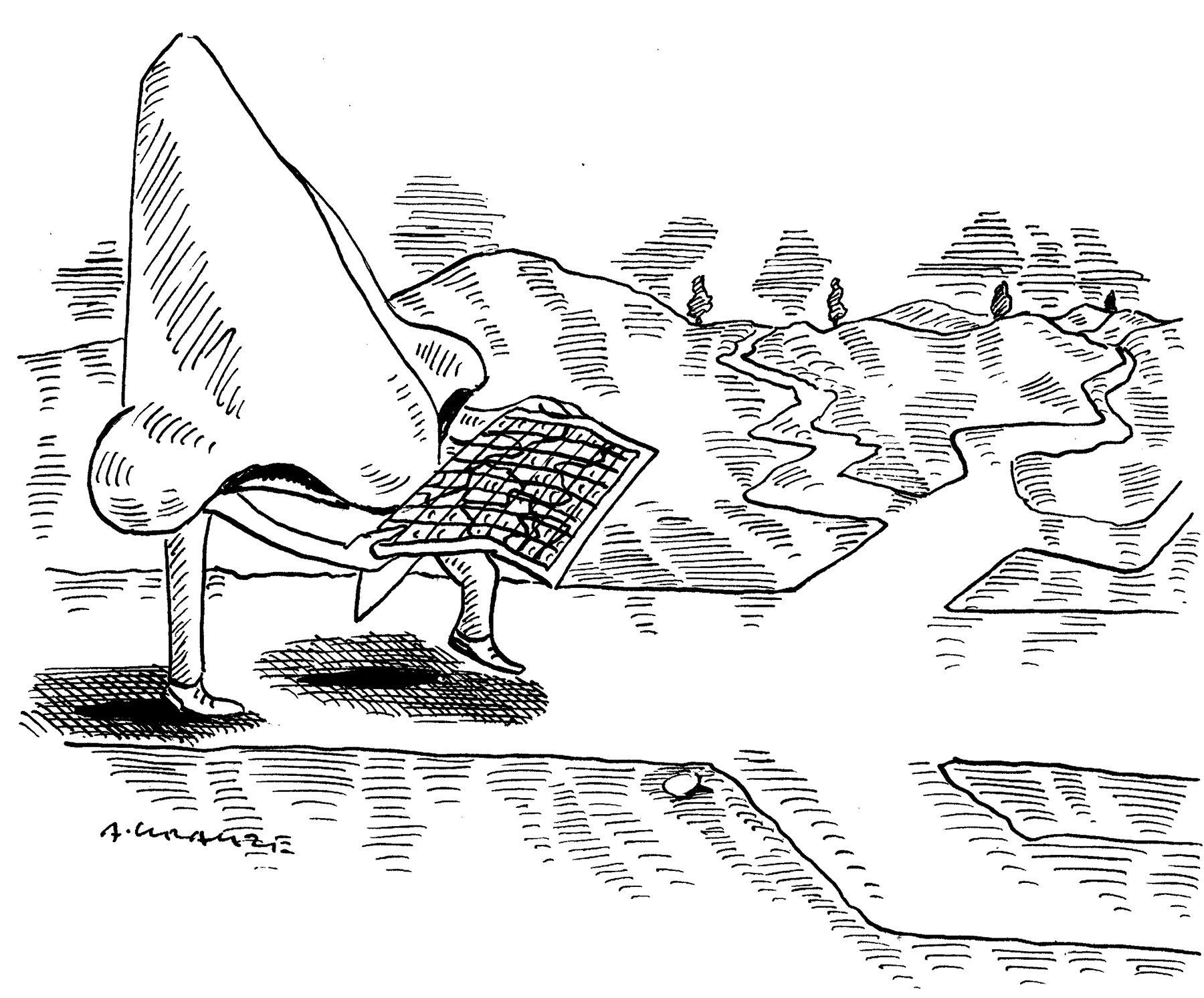 “I think it’s excellent work,” says Lucia Jacobs, a neuroscientist at the University of California, Berkeley, who’s currently on sabbatical as a Radcliffe Fellow at Harvard University. Jacobs wasn’t involved in the navigation study, but she argued in a 2012 paper that olfaction evolved primarily as an aid to navigation, an idea based in part on the proximity of the brain regions involved in each function (PNAS, 109:10693–700). “If you were coming at the nervous system like a Martian . . . you would look at the olfactory system and the hippocampal system and you’d say, this is one system,” she says.

But while the connection might be obvious to a hypothetical alien visitor, Jacobs has found that fellow researchers who study spatial orientation ability are by and large “not thinking about olfaction.” There have only been two studies—one of which she and her colleagues published in 2015—on humans’ abilities to orient themselves using smell, and Dahmani’s is the first to directly test her hypothesis about the connection between the two, she says.

“I think the strength of this study is the clever use of virtual reality” and the navigation task itself, says Abid Hussaini, a neuroscientist at Columbia University who was not involved in the work. He notes that Dahmani’s study doesn’t establish a causal relationship between navigation ability and olfaction. But he points out that, among subjects who told investigators they’d navigated using a spatial learning strategy—remembering the locations of landmarks with respect to one another—there was a correlation between performance and hippocampus size. That relationship didn’t hold among participants who’d memorized a series of steps to get around—for example, take a right, then two lefts—suggesting that of the two strategies, only spatial learning is hippocampus-dependent.

The association between spatial orientation and the hippocampus might be useful to clinicians down the road, Hussaini says, in using navigational performance to narrow down which areas of the brain may be affected in patients with dementia.

Dahmani, now a research fellow at Harvard Medical School, has also given some thought to the potential clinical applications of tests such as those used in the study. People with Alzheimer’s often have olfactory deficits, she says, so smell tests could possibly be used to identify people at risk for the disease, and to track its progression.

“I think we’re moving toward a sea change in how we think about space and olfaction in humans,” Jacobs says. “I think it’s going to be a new growth industry in the field. . . . It may explain things we haven’t been able to understand before now.”

Correction (February 4): The second paragraph in the original version of this article inaccurately stated that Dahmani had conducted previous research on both memory and olfaction. The paragraph has been revised to clarify that she reviewed the available literature. The Scientist regrets the error.