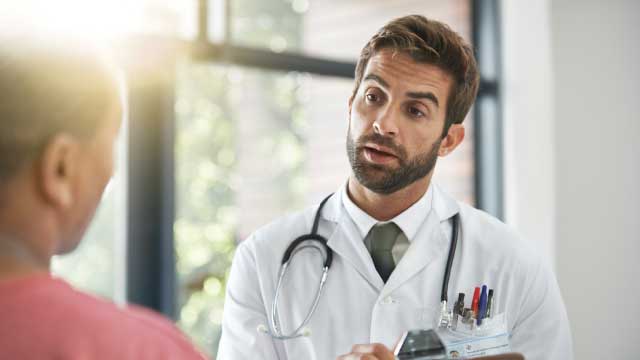 The beginning of 2017 was a busy time for cancer awareness, with the World Health Organization (WHO) putting out its Guide to Cancer Early Diagnosis in anticipation of World Cancer Day on February 4, and the release of one of the most highly anticipated publications every year: The annual American Cancer Society (ACS) Cancer Facts & Figures report—a detailed study of population-based cancer incidence and mortality in the U.S. that teases apart trends across cancer types and demographics.

This year, “we found that the cancer death rate is continuing to decline and has in fact dropped by about 25 percent in the past couple of decades,” says the report’s lead author, Rebecca Siegel, strategic director of the ACS’s Surveillance Information Services. “The reason that’s important is that we’ve recently learned that the trends are no longer declining for many other leading causes of death,” such...

Using national data from 1999 to 2013 to build a mathematical model of mortality, the ACS researchers predicted that nearly 601,000 Americans will die from cancer in 2017—a daily average of about 1,650—with the most common causes being lung, colorectal, prostate, and breast cancers. However, the team also estimated that around 659,000 cancer deaths in women, and 1,484,000 in men, have been averted since 1991 due to declines in the death rate. “It’s a measure of progress,” says Kathy Cronin, deputy director of the Surveillance Research Program at the National Cancer Institute. “For many cancers, we see mortality decreasing.”

It’s a measure of progress. For many cancers, we see mortality decreasing.—Kathy Cronin, Surveillance Research Program at the National Cancer Institute

Such decreases may be the result of improving treatment regimens or reductions in behavioral risk factors, Siegel notes. For example, rates of blood cancer and lymphoma survival have been boosted by the advent of precision medicine in recent years, and the decrease in incidence and death rates for lung cancer—a disease that now has an 18 percent five-year survival rate—probably has smoking cessation campaigns and the overall decrease in cigarettes’ popularity to thank.

Rates of cancer screening also play an important role in driving trends in both incidence and mortality. For example, the declines in colorectal cancer incidence—down 3 percent per year from 2004 to 2013—and death rate probably reflect improvements in early detection, notes Scarlett Lin Gomez of the Cancer Prevention Institute of California. Colonoscopy use in adults over age 50 has tripled since 2000, so “polyps are detected and taken out before they have the opportunity to progress to cancer,” she explains. “It’s a good success story.”

But more screening isn’t always better, Siegel cautions, particularly in malignancies such as prostate cancer, for which incidence rate is strongly influenced by screening, and treatment carries significant side effects. “There have been rapid declines in the death rate for prostate cancer, and most people think that screening probably has contributed to that progress,” she explains. “But there’s so much over-diagnosis. . . . We have yet to find the happy middle, where we’re detecting early the cases that would go on to cause harm, and we’re not detecting [and overtreating] cases that would never have caused harm.”

Despite overall declines, not all cancers follow the trend, and an important purpose of the ACS report is to identify areas that need more attention, says Cronin. These statistics “give you an idea if something is emerging and is potentially a problem,” she explains. This year’s report highlights that “some cancers, such as liver cancer, are increasing, and so that’s an area that needs additional research.”

The ACS team found that liver cancer incidence rose by 3 percent per year in women and 4 percent per year in men from 2004 to 2013, while the death rate in both sexes climbed by almost 3 percent per year from 2010 to 2014. Lin Gomez says that the increase is partially due to an aging population infected in a 1980s epidemic of hepatitis C virus—a known risk factor—and, potentially, upticks in other risk factors such as obesity. The report also indicates that the incidence of thyroid cancer and of melanoma is not yet decreasing substantially, she adds.

Meanwhile, a finer look at the data set reveals continuing disparity in cancer incidence and death rate between subsets of the American population. For example, men have a 20 percent overall higher incidence of cancer than women, and their mortality rate is 40 percent higher. This gender imbalance is not well understood, though Siegel says that a combination of gender-related risk factors, along with a “different mix” of cancer types in each group, likely explains some of the variation.

The disparities among different ethnicities are similarly striking. Although Siegel notes that “the heterogeneity within these large [ethnic] groups is substantial,” breaking up the data reveals that both cancer incidence and death rates are highest in black populations and lowest in Asian Americans. Black Americans are also more likely than whites to be diagnosed with cancer once it has reached an advanced stage, and have lower survival rates at each stage of cancer progression.

Like other studies, however, the ACS report suggests the gap between races is closing fast. “For example, around 1990, the overall cancer death rate in black men was almost 50 percent higher than it was in white men,” says Siegel. “That has dropped to about 20 percent higher today.” The decrease has been only slightly less dramatic in black women, falling from 20 percent higher than white women to 13 percent between 1998 and 2014.

Several factors contribute to this trend, Siegel explains, including substantial declines in smoking among black teenagers in the 1970s and recent improvements in access to treatment. “From 2010 to 2015, there’s been a drop by half in the proportion of black people in the U.S. who do not have health insurance coverage,” she says. “That’s huge, huge progress.”

Of course, there’s more to be done, particularly with insurance coverage rates an issue of current political debate.  “Patients with insurance are more likely to receive cancer screening and be diagnosed at an earlier stage,” Johns Hopkins Medicine’s Craig Pollack wrote in an email to The Scientist. “Maintaining and increasing access to affordable insurance coverage is crucial for getting patients the care they need.”

“We know that people who don’t have health insurance have higher cancer death rates,” agrees Siegel, adding that ACS’s advocacy arm, the Cancer Action Network, is a vocal supporter of the Affordable Care Act, which President Donald Trump and Republican legislators are trying to repeal. “We’re about saving lives. So it’s certainly a concern.”