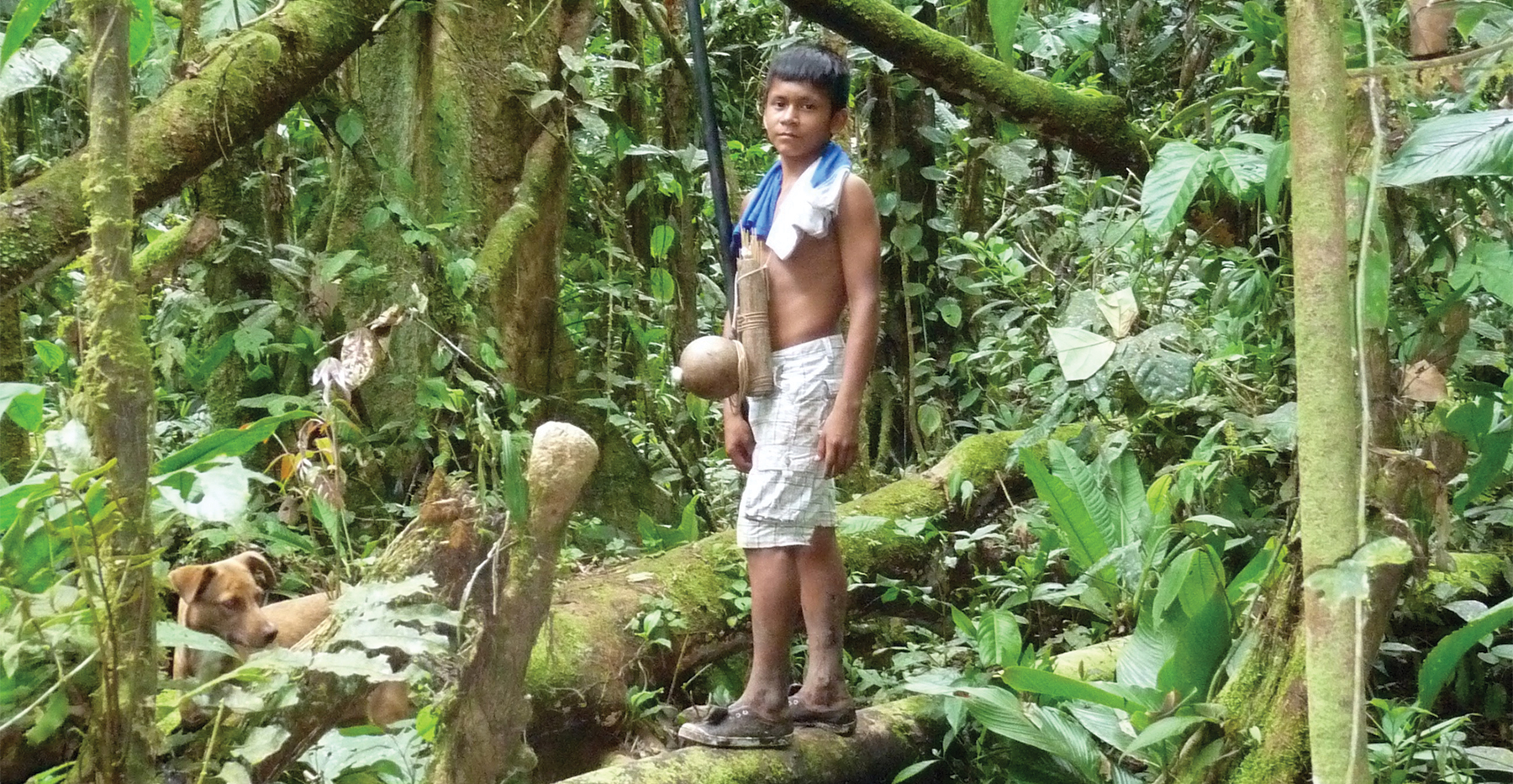 GROWING UP AMAZONIAN: The Shuar are forager-horticulturists living in Ecuador and Peru.
SAM URLACHER

Researchers Sam Urlacher and Josh Snodgrass had a problem. The pair had been working together since 2011 to better understand how immune activity hinders children’s growth under a range of preindustrial and urban living conditions. Urlacher, then a graduate student at Harvard University, and Snodgrass, a biological anthropologist at the University of Oregon, needed a reliable way to measure children’s immune responses to infection by pathogens and parasites.

But commercially available kits to test for biomarkers of immune system activity required vials of serum or plasma—a no-go when working with their planned study cohort, children living in indigenous communities deep in the Amazon. It would have been impossible to store the biofluids properly until they could be analyzed, and neither the scientists nor the children and their parents would have wanted to carry out multiple...

For the researchers, however, creating the new assays was worth the effort. While it’s known that infections tend to slow children’s growth, the molecular mechanism behind the effect is not well understood. Urlacher and Snodgrass reasoned that launching an immune response is energetically expensive, and that rooting out pathogens and parasites might require easing back on growth, another costly physiological process. The assays would help the team dig deeper into how that trade-off worked, particularly in the types of environments humans have inhabited for most of our species’ history.

With the assays optimized, Urlacher headed to Ecuador to gather data on a group of indigenous forager-horticulturalists called the Shuar. The groundwork for the trip had been laid over nearly a decade of careful relationship building by researchers including Snodgrass, his colleague Lawrence Sugiyama, and later Urlacher himself. “It’s a huge amount of work to get something like this going,” Snodgrass says. The researchers maintain good relationships partly by making sure the research activities benefit the Shuar: they bring local healthcare workers into participating communities to provide information on diet and combating parasites, for example, and when they take finger-prick blood samples, researchers tell study participants immediately if they find potential disease indicators such as low hemoglobin readings. 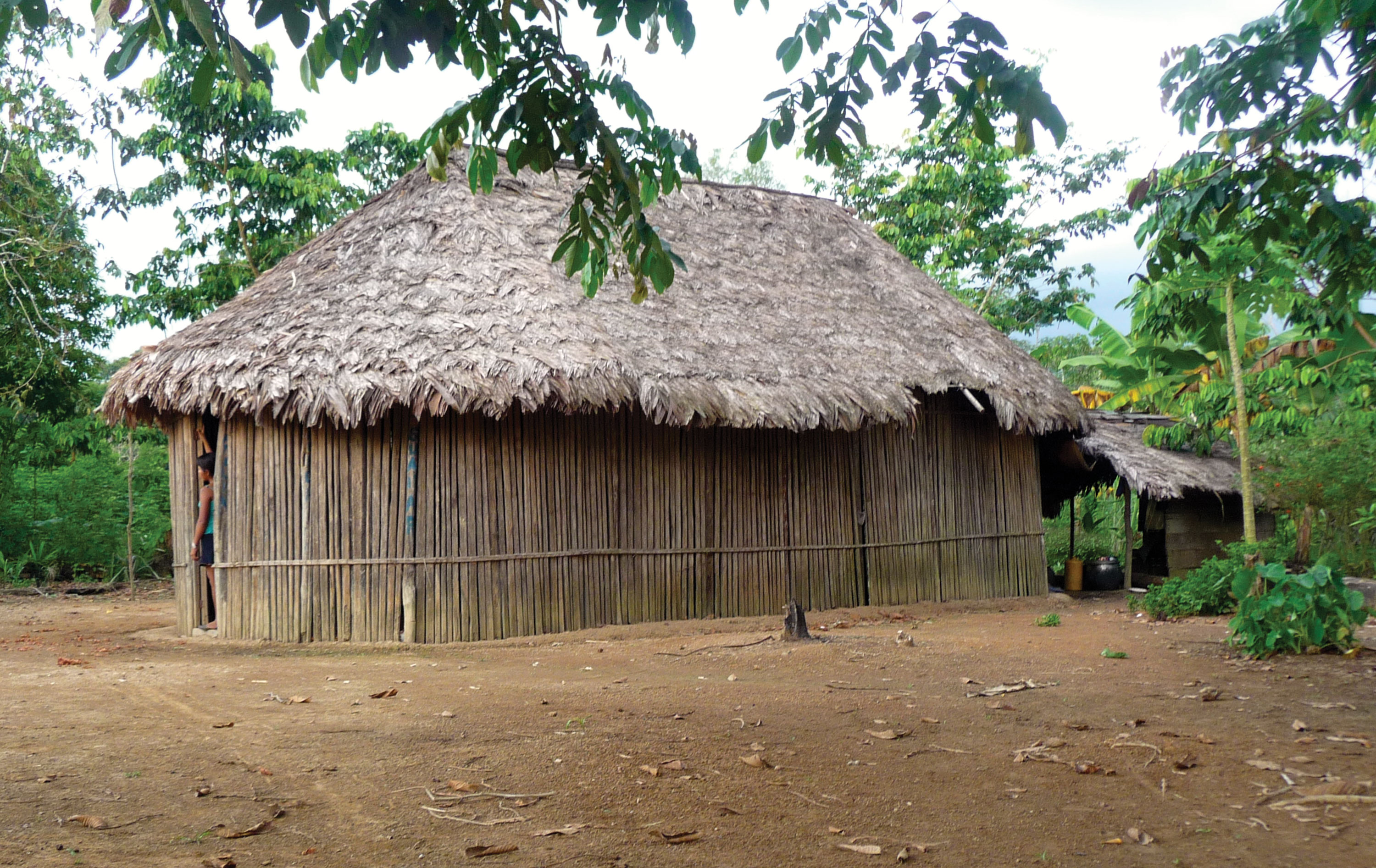 Researchers have been visiting Shuar settlements to study the development of Shuar children and thus learn more about the relationship between growth and immune function in pre-industrial societies.
pnas

For his own study, Urlacher spent about a year and a half in Ecuador, often traveling by foot or canoe, and staying in four different communities he’d gotten to know on previous trips. The sites ranged from remote villages to a town of about 10,000 people. At each study site, Urlacher started by spending a few weeks just talking with people, he says, and seeing whether they’d be willing to let their kids participate. If so, he would collect blood spots from children aged 4–11 years, measure their skin folds (to assess body fat levels), and determine the length of their lower legs with an exceptionally precise instrument known as a knemometer, then repeat the process a week later. The blood spots would later be analyzed for concentrations of C-reactive protein (a marker for inflammation), Epstein–Barr virus antibody, and immunoglobulins G and E. For some of the children, he followed up with the same measurements at 3 months and 20 months.

Catherine Panter-Brick, a medical anthropologist at Yale University who has conducted a similar study, says it’s notable that the team was able to confidently measure growth during such a short time period. “The precision involved in that is really very extreme,” she says. “When I did it in the 1990s in Nepal, we were able to look at growth in terms of each month, and we were looking at centimeters. They were able to look at each week, and they were able to look at millimeters. I think that’s a huge advance.”

As expected, the team found that higher immune activity in the Shuar children was generally associated with slower growth. But the precise measurements of both growth rates and immune biomarkers also helped Urlacher and colleagues unearth another layer to the trade-off: it turned out that in some children, there was a detectable growth cost not just to acute, symptomatic infections, but also to immune activity that could be detected via biomarkers but caused no outward signs of distress. However, this effect was only seen in children with relatively low levels of body fat. These children grew at about half their normal rate when they had mildly elevated immune activity. In children with higher levels of body fat, there was no such relationship (PNAS, 115:E3914–21, 2018).

“At one level it’s maybe not surprising, because you’ve got these fat resources that you’re able to draw from in times of energetic stress,” says Snodgrass. “But I think what is surprising is [that] even really modest levels of body fat are actually making a difference in terms of how the body’s making these physiological choices,” allowing it to simultaneously expend energy on growth and immune activity rather than sacrifice one for the other.

What is surprising is [that] even really modest levels of body fat are actually making a difference.

The interplay of immunity, growth, and body fat is important because growth stunting “has terrible, terrible consequences for not just your body size, but implications for brain growth and development, brain function,” says Barry Bogin, a biological anthropologist at Loughborough University in the U.K. who was not involved in the study. Even lean people have a relatively high percentage of body fat compared with other primates, he says, because humans tend to spend a substantial amount of time acquiring and preparing food, and have the physiological capacity to store the extra energy. Ideally, our capacity to build up fat provides a buffer that allows us to simultaneously sustain our big brains and fight off infection and parasites.

For Urlacher, now a postdoc at Hunter College in New York, one key takeaway of the study is that “humans are acutely sensitive to these immune challenges.” Our taxing energy demands could help explain why humans have a prolonged period of development between weaning and puberty that’s not found in other species, he notes.

Beyond their relevance to human evolution, the data are being put to work to help the Shuar—a community experiencing a rapidly changing environment, with increased economic development upping the rates of chronic diseases even as parasites remain a problem. The research team communicates with the indigenous government about which communities are most in need of improved sanitation systems or other measures to prevent immune-related growth stunting, Snodgrass says. “We’re trying to help understand what’s going on . . . within the context of this changing society, and making people aware of what’s going on.”