ABOVE: Grains of wheat (pictured) and barley that underwent malting—one of the first steps in beer-making—show a clear thinning in the walls of their honeycomb-like aleurone cells (yellow).
© TUM-WEIHENSTEPHAN; J. HELBING

Five thousand years ago, a pot sat burbling in the corner of a wooden hut perched above Lake Constance in Germany. Researchers such as Marian Berihuete-Azorín, an archaeobotanist at the Catalan Institute of Human Paleoecology and Social Evolution, aren’t sure exactly what was inside the pot, but they have a hunch. At some point, the contents boiled over, leaving behind a scorched, bowl-shaped lump studded with the remnants of ancient malted grains—perhaps early evidence, Berihuete-Azorín says, of beer.

Beer and other kinds of fermented beverages are important in many ancient societies, just like many modern ones.

The study of beer has long been a focus for archaeobotanists interested in the brew’s cultural and historical importance. Some scholars have argued that cereal grains such as barley and wheat may have been used in beer before they were used to make bread. Employers in ancient Mesopotamia paid their workers at least partly in beer rations.

“Beer and other kinds of fermented beverages are important in many ancient societies, just like many modern ones,” says Claudia Glatz, an archaeologist at the University of Glasgow. The drink played an important cultural role in forming and cementing social bonds, and iconographic evidence shows that beer was also used in religious and spiritual ceremonies. Beyond that, beer was simply nutritious, providing calories at a time when food could be scarce. Beer, it turns out, is “just all-around goodness,” Glatz says.

To track beer through history, archaeobotanists often rely on contextual clues: images and writings that mention beer or equipment from large-scale breweries. The organic evidence, the beer itself, just doesn’t survive. But more and more, scientists are turning to modern techniques to try to recreate ancient brewing conditions, hoping to identify physical or chemical markers of the beer-making process that could aid the study of archaeological remains such as grains or microscopic residues embedded in ancient vessels.

This is exactly what Berihuete-Azorín and her colleagues were aiming to do when they came together a few years ago to study the culinary practices of early Europeans. While excavating ancient sites, members of the team sometimes came across blackened, carbonized lumps—also known as amorphous charred objects (ACOs)—containing cells from cereal grains. These cells are circumstantial evidence, Berihuete-Azorín says, of food preparations that could include beer brewing, although they are rarely studied due to their rarity and the difficult nature of analyzing them. “You can study hundreds of these lumps and find only a few cells,” she tells The Scientist.

Berihuete-Azorín needed to simulate archaeological preservation through charring to know which morphological features of grain remained consistent. She collected samples of modern barley grains that had been malted—soaked in water until they began sprouting—at different stages of germination. She then dried and charred each batch of barley in an oven to simulate the processes that create the charred lumps found at archaeological sites. After “countless experiments,” she was left to make sense of hundreds of photos and microscopy images of blackened grains. The hope, she says, was that they might reveal some consistent feature that would link them to ACOs from the field.

It would take a group workshop with almost two dozen collaborators to prompt the “Eureka” moment. As the researchers pored over the images together, a predictable pattern finally emerged: the outer layer of plant cells, or aleurone cells, in the treated grains showed unusually thin cell walls— a result of the malting process, Berihuete-Azorín says. The team’s results, published this May in PLOS ONE, offer a new way to probe the archaeological record for beer. “We went to the microstructure, and it turned out to be a really promising direction to develop,” says Elena Marinova-Wolff, an archaeobotanist at the Baden-Württemberg State Office for Cultural Heritage and a coauthor on the new study. “These alterations can be diagnostic, and they lead us to beer.”

Drawing on their access to archaeological sites around the world, the researchers went looking for their marker in archaeological samples. They began with ACOs pulled from sites in Egypt that dated to the fourth millennium BCE and have a well-corroborated history of beer brewing. Both Hierakonpolis in Upper Egypt and Tell el-Farkha, a site 120 kilometers northeast of Cairo, contain massive vats and other tools associated with large breweries. ACOs retrieved from these areas contained cells with the expected thinning of the cell walls. Seeing that, “we were sure that people prepared the mashes and malted the grains,” Marinova-Wolff says. “It was an amazing feeling.” 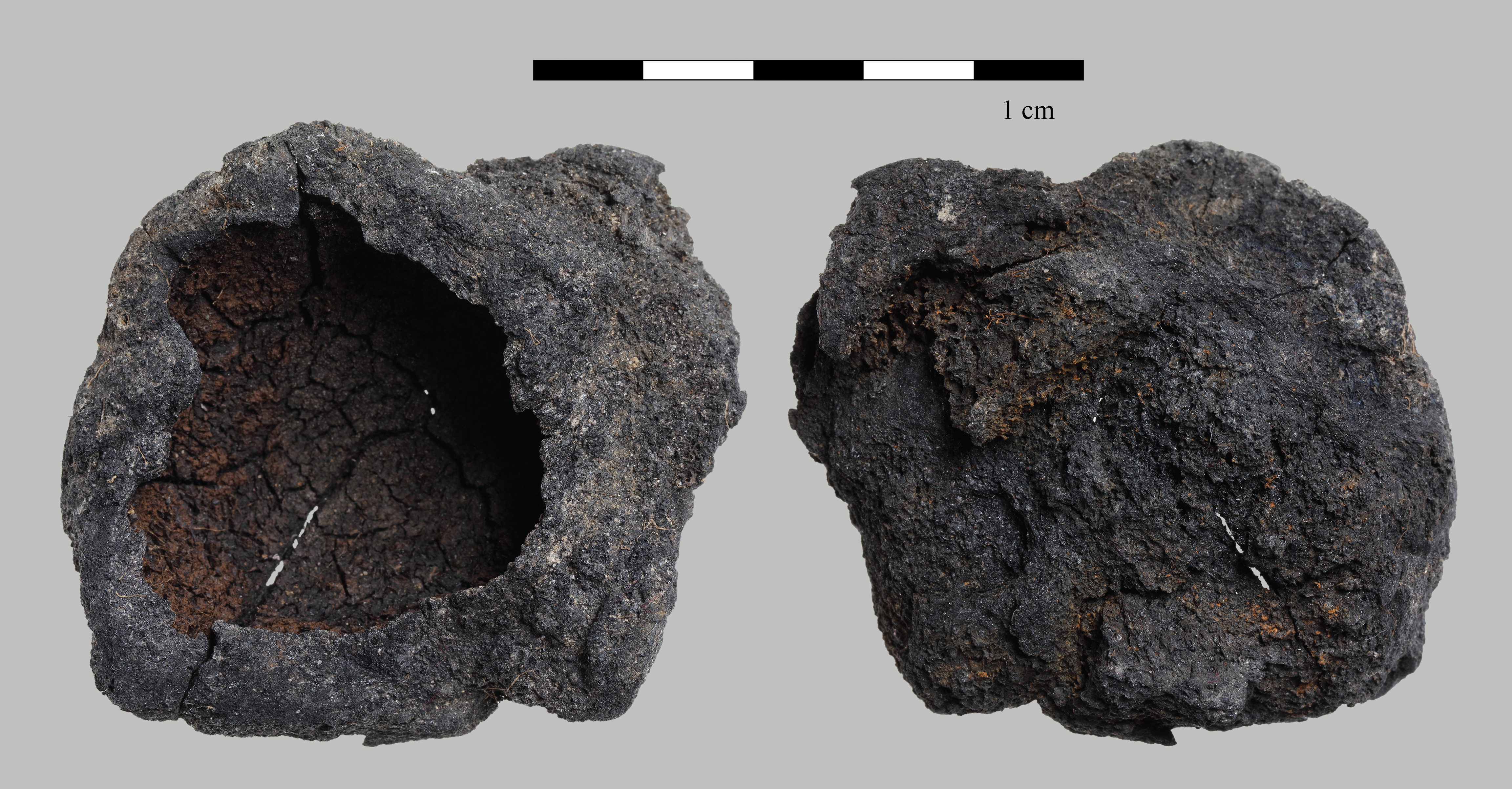 Researchers suspect that this amorphous charred object was formed after the contents of a pot boiled and burned from the outside in.
ÖAW-ÖAI; N. GAIL

They next tried samples from three sites in Europe where archaeological evidence for beer-making is less clear. The Hornstaad-Hörnle and Sipplingen-Osthafen sites were once home to Neolithic villages on the shores of Lake Constance, while a third site, excavated while building a car park for the Parkhaus Opera in Zurich, housed a similar settlement in Switzerland. All date to around the same time as the Egyptian sites but lack the obvious brewing infrastructure. However, several ACOs taken from these sites showed the same thinning in the cell walls that the team had seen at the other sites, offering strong circumstantial evidence for what would be the oldest known example of malting in central Europe.

Ben Schulz, a biochemist at the University of Queensland who studies how proteins change in beer during modern brewing, says he found the team’s methods “interesting and generally quite robust,” but urges further validation. It’s possible that barley could just have gotten wet—something that would trigger spontaneous germination—without any human involvement, and that that would “look very similar to what would happen” during malting, Schulz says. While Egypt is dry and arid, the European ruins were described by the authors as “waterlogged,” a potential source of doubt for the team’s marker.

In addition, cell wall degradation only points to malting—a step before the final fermentation process needed to create beer. Glatz, in her work studying beer consumption in Mesopotamia, has developed chemical markers using the residues of ancient beer drawn from ceramics. Employing gas chromatography, she identified a set of chemicals that appear both in modern fermented beers and in those ancient residues. A combined analysis of grain cell walls and chemical residues, she says, could form a complementary set of tools that cover the entire beer-making process.

“Any method that adds another avenue to try and understand a particular archaeological question is a great one,” Glatz says. “That’s exactly what this paper does, it adds something else into our toolkit.”