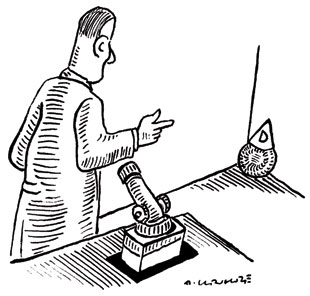 ANDRZEJ KRAUZEIn the late 1990s, a hematologist in Texas approached Dianna Milewicz with a problem. One of his patients had a rare bleeding disorder that could not be explained, and a clinical assessment of the patient’s family members revealed that several of them also had it. The initial patient had required a blood transfusion as a toddler after falling down, and again at age 12 when he had a tooth removed. When his sister had lost baby teeth, her gums had to be packed with gauze to soak up the excessive bleeding. Childbirth was extremely dangerous, and doctors refused to perform elective surgery on some family members for fear of fatal bleeds. “They tried numerous treatments,” says Milewicz, a medical geneticist at the University of Texas Health Science Center at Houston. “But nothing seemed to help very much in this family.”

Milewicz agreed to investigate what came to...

The variant they identified in the gene seemed like a great lead, given FV’s crucial role in developing blood clots. But when they took a closer look, they found that the resulting amino acid change was in a portion of the protein that gets cleaved off from a precursor of FV before it becomes active in coagulation. Furthermore, activity assays showed FV was behaving properly in the patients. “Our conclusion was this wasn’t causing the disease,” Milewicz says.

For about a decade the project was set aside, until a graduate student in Milewicz’s lab decided to pick up where the others had left off. She went through the entire region of chromosome 1 that showed up in the linkage analysis and sequenced all the genes, but didn’t find any disease-causing mutations. “At that point we were stuck,” Milewicz says. They shifted gears and decided to take an old-school biochemical approach, collecting plasma from family members. Western blots of the samples showed a 250 kilodalton band of a particular protein that was prominent in the patients, but less so in the unaffected family members.

I think these rare diseases can tell us a lot about the biology of coagulation.—­Dianna Milewicz,
University of Texas Health Science Center

The protein they isolated turned out to be a splice variant of FV—a product of the very mutation they had picked up on years before. The variant produces a shorter transcript, which the team called FV-short. Further studies conducted by Björn Dahlbäck’s group at Lund University in Sweden showed that FV-short binds to an anticoagulant agent called tissue factor pathway inhibitor-α (TFPIα). When the two bind, the levels of TFPIα skyrocket and inhibit coagulation (J Clin Invest, 123:3777-87, 2013). Elisabetta Castoldi, a researcher at Maastricht University in the Netherlands, says the finding is exciting because it shows FV is not just the procoagulant protein everyone thought it was. “This highlights the anticoagulant side of factor V, even if it is indirect,” she says.

Most bleeding disorders are caused by a deficiency in coagulation factors, not an excess of anticoagulation proteins, making East Texas bleeding disorder especially intriguing. But Milewicz’s group found that family members without the disorder also have small amounts of FV-short, suggesting that it might be a normal part of blood in all people, its smaller anticoagulant effect masked by the coagulating power of full-length FV.

A new view of FV is now emerging, one in which the protein has both pro- and anticoagulant properties. Too much of one can lead to unhealthy blood clots, and too much of another can lead to hemorrhaging. The findings are “opening up a lot of things as far as how coagulation works,” says George Broze, a hematologist at Washington University School of Medicine in St. Louis, who was not involved in the research. “This is a major advance.”

Kenneth Mann, an FV expert at the University of Vermont, says that researchers will have to confirm that FV-short is present in healthy people by taking a large plasma pool and isolating the protein. Still, the idea that FV-short is present in unaffected individuals is exciting, Mann notes, “because it says that the factor V short form corresponds to a new regulatory element of the coagulation system which somehow preserves TFPIα in blood.” Although the mechanism is unclear, it appears that FV-short stabilizes TFPIα in circulation, whereas ordinarily it gets cleared from the blood quickly. “Why these levels of TFPIα are elevated in the presence of short-form factor V is basically the intriguing question,” says Mann.

For Castoldi, the results support evidence she previously published showing that TFPIα levels are reduced in people with FV deficiency, indicating that factor V binds TFPIα. “At the time we had a really hard time to get this finding accepted and published. People would not believe factor V binds to TFPIα,” she says. “Now this paper about East Texas bleeding disorder for us is a confirmation that there is an interaction between factor V and TFPIα, and this finding is extended with a physiological meaning for this interaction.”

Even with the scientific progress made regarding FV, there is still no cure for East Texas bleeding disorder. Milewicz says there might be some promise in TFPIα inhibitors that are in development. She adds that she’s grateful so many family members were willing to participate in the study. “I think these rare diseases can tell us a lot about the biology [of coagulation].”