With New York City restaurants, b­odegas, and school cafeterias as his field sites, a d­ining-room table as his wet lab, and three high school students as collaborators, genomicist Mark Stoeckle has taken do-it-yourself science to a new level. Research headquarters are Stoeckle’s Upper West Side apartment, where he’s laid out pipettes, a thermocycler, and a gel reader in the spots usually reserved for a centerpiece and dinner plates.

For the past several years, Stoeckle, a physician and an adjunct faculty m­ember at Rockefeller University, has been u­sing DNA barcoding to lead students on a g­enetic journey through the urban environment. Barcoding, a DNA sequencing approach devised about 10 years ago, aims to easily identify scores of animal and plant species based on a quick read of characteristically variable gene sequences.

With high schoolers from T­rinity School, a private school not far from his home, Stoeckle has made some interesting...

Stoeckle’s approach has been to get the students to generate research questions about their environment. His first project started when his daughter Kate and a friend, both now Trinity School alumni, asked whether the fish in their sushi was actually what the menu advertised. Stoeckle and the two students found that one out of every four fish samples they gathered from restaurants and stores was mislabeled: white tuna turned out to be t­ilapia, Mediterranean red mullet was actually spotted goatfish, and what was sold as red snapper was anything from Nile perch to endangered Acadian redfish.

For Stoeckle’s most recent experiment, students collected bags and bags of tea to answer a similar question: does the label match the DNA within? Trinity students fanned out—from the school cafeteria to the shops of Chinatown—to buy tea. Back at dining-room headquarters, they tried their hands at DNA extraction, targeting the plastid genes matK and rbcL to generate barcodes. Given that teas are baked and sometimes fermented, “we didn’t know if we’d get DNA out of anything,” Stoeckle admits. But it worked in 90 percent of the samples, most of which were processed in a laboratory at the New York Botanical Garden.

The researchers were able to identify plenty of plant species within the teas—many of which were not listed in the ingredients. “I was shocked that over a third of herbal teas had ingredients that were not on the label,” says collaborator Grace Young, now in 11th grade. “It’s totally dishonest.”

Within two years of collecting samples, the team published their results. “One of the biggest things I learned is that anyone can do science, real science,” says Young. “When we started, we were just three high schoolers with close to no experience with laboratory science, and now there’s this whole experience of doing the project from beginning to end.”

But not everything about the project went smoothly. A third of the barcoded tea samples lacked matches in GenBank or BOLD (Barcode of Life Database), highlighting the limitations of the technique. “The libraries aren’t complete,” Stoeckle says.

The barcodes themselves are imperfect too, sometimes overlapping in sequence between plant species. “For plants, everybody is still arguing over the question of whether we should be using two or three sequences,” says University of Pennsylvania barcoder Dan Janzen.

Nevertheless, the quick turnaround of Stoeckle’s DNA barcoding studies is appealing for original high school projects. David Micklos, executive director of the DNA Learning Center at Cold Spring Harbor Laboratory, is working to expand the DNA barcoding experience to more New York City students through this year’s Urban Barcode Project. It’s a competition in which a first prize of $10,000 will go to the team that completes the most innovative and relevant project. “It’s a great opportunity for kids to sample the natural world without leaving the city,” Micklos says. Teams of two to four students, guided by a science teacher or mentor, submit proposals for experiments and can get access to equipment, training, and expertise from barcoding researchers at universities, museums, and other research institutions around the city.

Putting barcoding in the hands of amateurs is just what its architects intended, says Janzen. “The concept of making it possible for people to do it on the street, in restaurants, and on the farms—of giving everybody the power to do this—that’s been the idea since the beginning.” 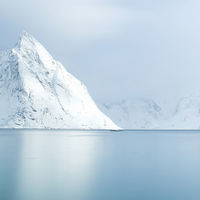 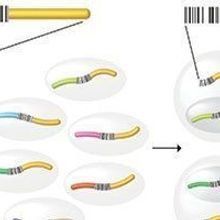 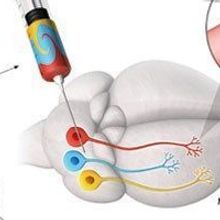 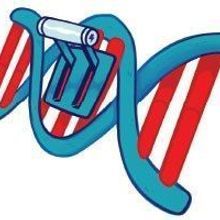