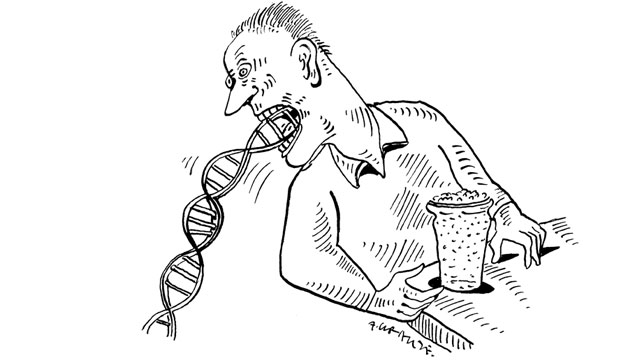 This past summer, exceptionally hot and humid for many, was brutal for the small-scale barley farmers who have been cropping up in the northeastern United States—especially for those who intended to sell grain for malting and beer brewing.

“We had really bad conditions last year in New England,” says Andrea Stanley, who along with her husband Christian owns and operates the Hadley, Massachusetts–based micro-malting outfit Valley Malt. “During the last week of June and first week of July we had 90- to 95-degree, high-humidity weather, [with] rainfall almost every day. It was a really bad scene: we were just sitting on our hands, like ‘Ugh, this is bad—I need a beer!’”

While some of the farmers who supply the Stanleys with barley for malting still had suitable harvests, and their own 40 acres of heirloom grain were left unscathed, a number of barley growers were not so...

In line with the trend toward buying locally sourced foods, today’s consumers increasingly want local beers brewed with all-local ingredients. As a result, some farmers in the U.S. and Canada are beginning to plant barley where it hasn’t been grown for years, if ever, and craft malt houses are popping up at an astonishing rate. Last year, Stanley helped launch the North American Craft-Maltsters Guild, of which she is president. “Craft malting is kind of where craft brewing was 30 years ago,” says Paul Schwarz, a plant scientist who studies the quality of malting barley at North Dakota State University.

But there’s a reason why barley was seldom grown in places like Massachusetts and New York. It’s the same reason barley is not widely grown today even in states with comparatively arid climates where it used to flourish, such as Wisconsin. “It used to be that people grew a lot of barley and wheat in the upper-eastern portion of the Midwest and out to the East Coast, but they don’t do that anymore,” says Phil Bregitzer, a research geneticist with the US Department of Agriculture (USDA) Small Grains and Potato Germplasm Research Unit in Aberdeen, Idaho. “Fusarium head blight drove them out.”

Fusarium mycotoxins can appear and persist in barley from flowering to harvest, as well as throughout the malting process. These toxins can even survive the brewing process.

According to USDA recommendations, DON contamination should not exceed 1 part per million (ppm) in human foods. Livestock feed can contain up to 2 ppm of DON, although studies in animals have shown that swine are susceptible to the negative effects of vomitoxin even at levels deemed safe for humans. But many grain buyers have their own standards. Maltsters purchasing barley are more likely to reject grain with even very low levels of DON, explains Tom Gräfenhan, a research scientist with the Canadian Grain Commission, because the malting process—which involves soaking the grain at moderate temperatures—is conducive to fungal growth. “Whatever you put in [to the malting process] is carried through all the way, and it does have an effect,” he says.

“As a brewer, I think there’s something inherent about not wanting to make a beer with detectable levels of any substance called vomitoxin,” says John Mallett, the director of operations at Bell’s Brewery in Kalamazoo, Michigan. Most breweries reject malt found to contain any amount of DON in order to ensure that their finished products are safe, and to prevent another unwanted consequence of Fusarium contamination. “Imagine you open a bottle of beer and the whole damn thing comes gushing out,” says Bregitzer, describing how Fusarium can ruin a nice cold one.

It used to be that people grew a lot of barley and wheat in the upper-eastern portion of the Midwest and out to the East Coast, but they don’t do that anymore. Fusarium head blight drove them out.—­Phil Bre­gitzer, USDA

Since the early 1990s, molecular biologists have been working to better understand Fusarium species, and how these fungi infect plants, to combat head blight in barley, cob rot in corn, and wilt in banana and other crops. In 2010, a team led by investigators at the Broad Institute of Harvard and MIT published a slew of Fusarium genomes, providing molecular biologists with the tools to better understand their pathogenicity. Today, researchers are applying all manner of omics tools to breed and engineer crops that are more tolerant of, or even resistant to, Fusarium infection.

In his North Dakota lab, Schwarz is assessing the malting and brewing quality of new, Fusarium-tolerant barley lines bred using traditional methods by researchers at the university’s Institute of Barley and Malt Sciences. Meanwhile, Bregitzer and his colleagues are working to manipulate host-response interactions between the fungi and barley using RNA interference (RNAi).

Despite all the work being done to stem the fungal threat, the cultural stigma associated with genetically modified foods could keep Fusarium-fighting malts and brews from some grocers’ shelves. In the nearer term, researchers ought to continue to reevaluate best practices, such as beneficial crop rotations, explains agronomist and cereal pathologist Juliet Marshall of the University of Idaho. “We need to focus on [agricultural management]—irrigation, fungicides, and collection of varieties,” she says.

In the long term, however, Marshall believes that genetic engineering will be key. “It’s very, very important that we get a hold of methods for really controlling this disease, which in my mind, is the basic research . . . trying to get transgenic resistance built up within the crops,” Marshall continues. “This would be the first disease that I would focus on for using [genetic modification] technology.”