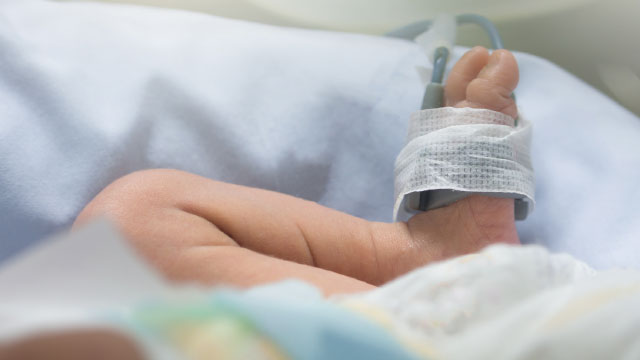 TARGETING TASTE: Will doctors one day be able to drug taste receptors in the uterus to prevent preterm labor?© ISTOCK.COM/WANMONGKHOL

See “What Sensory Receptors Do Outside of Sense Organs”

When Ronghua ZhuGe, a physiologist at the University of Massachusetts Medical School, came across a 2010 study that had identified bitter taste receptors on human airway smooth muscle cells (Nat Med, 16:1299-304), he was intrigued. The paper’s authors had found that activation of these receptors caused the cells to relax, dilating the airway. The researchers hypothesized...

Directly measuring the channel function with a patch clamp, ZhuGe and his colleagues instead identified a novel mechanism involving calcium channels (Nat Med, 18:648-50, 2012; PLOS Biol, 11:e1001501, 2013). Around the same time, other researchers were reporting the presence of bitter taste receptors on cells in the smooth muscle tissue that lines blood vessels. ZhuGe wondered if the mechanism his team had identified might also be at play there, as well as in a third type of smooth muscle—the myometrium, which forms the middle layer of the uterine wall. If bitter taste receptors had a similar relaxing effect in those tissues, he thought, perhaps targeting them could prevent or interrupt preterm labor, a condition which medicine has made little progress in treating.

ZhuGe had already collaborated with researchers in China who study reproductive biology, so he quickly got them on board to explore the presence of bitter taste receptors in the uterus. Sure enough, examining both mouse and human tissue, the group found certain subtypes of bitter taste receptors expressed in myometrial muscle cells. The next step was to see what happened to the tissue when those receptors were activated.

There are probably 10,000 known compounds that activate these receptors.—Steve Liggett,
University of South Florida

The researchers isolated strips of uterine tissue and placed them in a device that measures the contractile force that muscles generate. They then triggered the muscle to clench by exposing it to oxytocin, a hormone known to initiate contractions during labor. Next, they added a bitter compound called chloroquine and found that it caused the muscle to relax. “It completely [reversed the contractions] in the myometrium,” ZhuGe says. “That’s striking.” The team also tested four medications currently used to treat human preterm labor, all of which induced only partial muscle relaxation.

Steve Liggett, a molecular biologist now at the University of South Florida’s Morsani College of Medicine who coauthored the 2010 publication on the relaxation effect of bitter taste receptors in the airway, says he wasn’t surprised by the finding. “The lineage of airway smooth muscles, vascular smooth muscle, and myometrial muscle is all the same, and I had a feeling that these receptors were going to be present in all of them. And that has turned out to be the case.”

To see if the same thing would happen in vivo, ZhuGe and his colleagues tested the effect of chloroquine in mice. The researchers injected the bacterial endotoxin LPS, which initiates preterm labor, into the uteruses of pregnant animals. Three hours later, they injected chloroquine into the uteruses of some of the mice. While chloroquine did not prevent preterm labor in 100 percent of these mice, it delayed birth by two days in about half of them, and all of the delayed litters survived. By comparison, mice treated with one currently used human medication (magnesium sulfate) all delivered their litters the day of labor induction, and none of the pups survived. A second current medication (albuterol) provided protection more in line with chloroquine, delaying birth in half the animals, and most, but not all, of the pups survived (FASEB J, doi:10.1096/fj.201601323RR, 2017).

However, Wolfgang Meyerhof, a molecular biologist at the German Institute of Human Nutrition, warns that it’s too early to make any claims about a potential treatment for preterm labor that targets bitter taste receptors in the uterus. More information is needed about the abundance of the receptors in the uterus, he says, as well as the types of compounds that target them. He also noted that bitter compounds likely have off-target effects.

But Liggett says he is “very encouraged by the data.” He notes that off-target effects may be lessened by the fact that bitter compounds could conceivably be administered directly into the uterus, and adds that researchers have plenty of candidates to start testing. “There are probably 10,000 known compounds that activate these receptors.” There are risks, however. For example, evidence is accumulating that the activation of bitter taste receptors in the vasculature has a similar relaxation effect. “I would not be surprised that the blood vessels that go to the uterus are also vasodilated when you’re treating,” says Liggett. “That would mean that . . . the bleeding risk would be higher.”

More research is needed to assess the practicality of targeting bitter taste receptors in the uterus to treat preterm labor. But as more studies surface about the roles of these receptors around the body, Liggett is excited to learn more about their functions outside of taste. Earlier this year in Cellular Signalling, he and Steven An of Johns Hopkins Bloomberg School of Public Health proposed that bitter taste receptors and other odorant receptors comprise an entire chemosensory system expressed all over the body. “By the time we’re done, it’s going to turn out to be one of those situations where the original assignment of the receptor location is relatively minor,” he says. “It just happens to be what they came across first.”

But Meyerhof disagrees. “I think they are, in the first instance, bitter taste receptors.” For one thing, research points to their expression being much higher in tongue tissue than in other tissues, he says, and “if these receptors would carry out predominant functions outside the taste systems, we would have discovered these receptors much earlier. The fact that we detected these receptors late . . . tells me at least their main action is in taste.”

“I’m not saying there is no action,” he adds, “but I’m saying I think we have a number of premature reports, and we have to do much more work to be clear about these extra-oral taste functions.”