Changes in the auditory environment as a result of herbivory could influence how animals communicate, and may have implications for sound-based monitoring of species.

When sensory ecologist Megan Gall joined the faculty at Vassar College in Poughkeepsie, New York, in 2013, an experiment presented itself. A number of researchers at Vassar were studying browsing behavior in deer and the massive amount of damage it can do to the forest understory. “They had all these deer exclosures available,” areas in a nearby forest that had been fenced to keep deer out, she says. She was interested in how the physical environment influenced the propagation of sounds, particularly animal calls used for communication, but no studies had looked at how organisms within an environment might alter the habitat in a way that changes its acoustics.

Researchers knew that in forest habitats, leaves, trunks, and understory cause sounds, especially those of high frequency, to echo. In open grassland, on the other hand, sounds are less likely to bounce off an obstruction, but...

“I thought, well, gosh, I know that the environment is shaping the way that sound is propagating, and they know that deer are changing the structure of the environment,” says Gall, “but nobody’s put those two pieces together. So let’s do that and see what happens.” 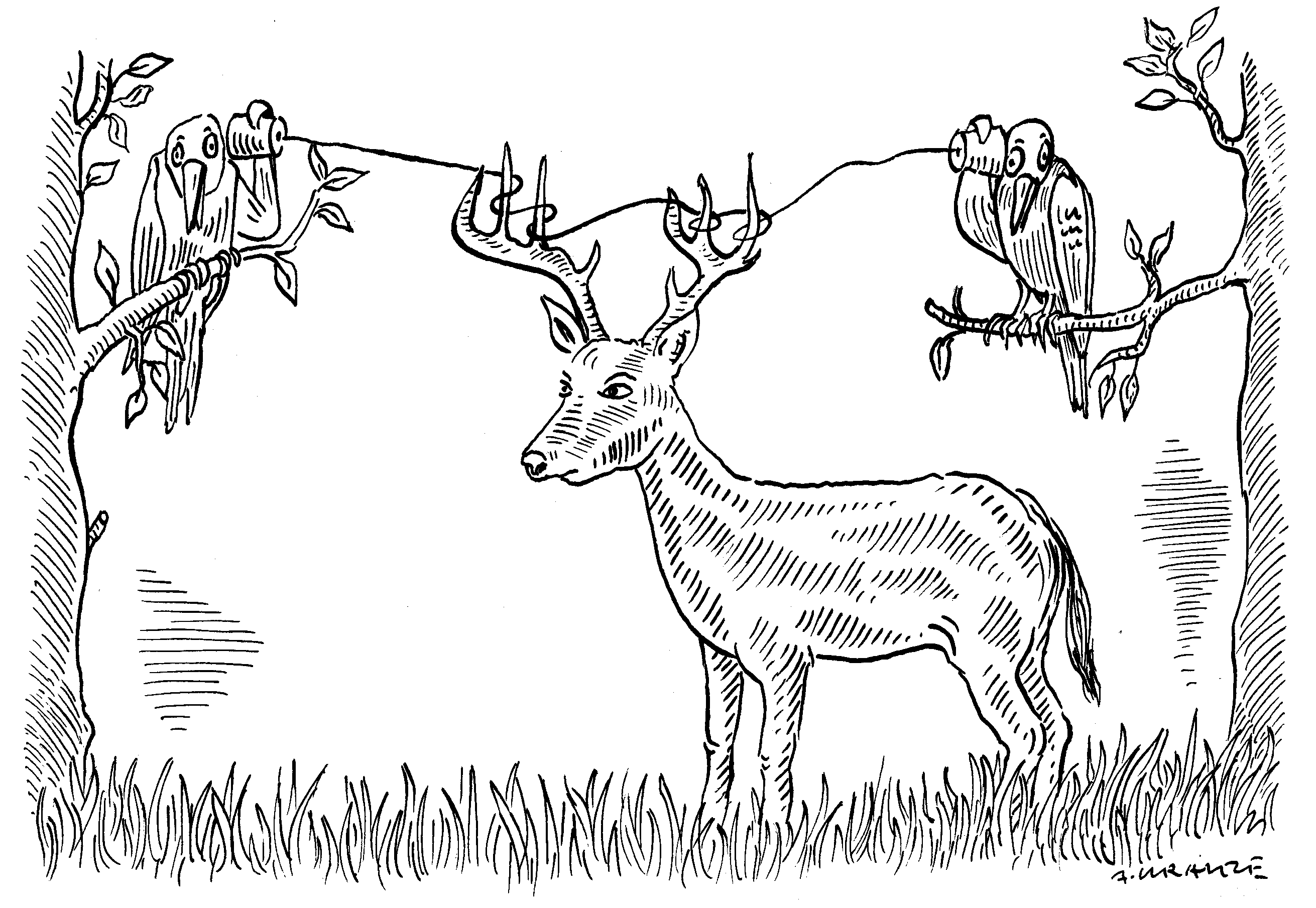 In some of the deer exclosures near Vassar, as well as in paired control areas that allowed deer in, Gall and her students set up a microphone in one corner, then used a portable field amp to broadcast common bird sounds from increasing distances to see how the sound changed over space. They looked at two qualities of the sound they recorded: its volume and the fidelity of its wave structure. The exclosures and control plots were relatively small—only 10 meters by 10 meters—so the sounds didn’t attenuate significantly from one corner to the opposite one. But the fidelity did differ. In areas where deer had been excluded, “the fidelity was actually getting worse more rapidly than it was when deer were allowed to browse there,” says Gall (PLOS ONE, 14:e0211569, 2019). “That’s probably because there were a lot more understory plants where deer were excluded,” she says, whereas in deer-permitted areas, “there were fewer obstructions in the way of that sound propagation.”

Kevin Darras, an ecologist at the University of Göttingen in Germany who studies how land use affects sound propagation but was not involved in the research, says Gall’s work gets at the biological factors besides human activity that could influence the acoustic environment. These sorts of effects are likely to be common, he speculates. “Ecosystem engineers or any species that really has a strong influence on the vegetation structure could probably cause similar changes.”

Understanding how sounds propagate through space is a key part of studying animal communication, Darras notes. “It’s the interplay between sound propagation and ambient noise that determines how big the sound detection spaces are,” he says, referring to the distances at which animal calls will carry the intended message. Clearing forest vegetation could, for example, extend the reach of territorial calls from certain bird species, he suggests, which could in turn have an effect on population densities, if each bird is able to “vocally defend larger territories.”

Another question researchers have is whether animals adapt their vocalizations to changes in the environment, says conservation scientist Zuzana Burivalova, a Princeton University postdoc who is currently transitioning to a faculty position at the University of Wisconsin–Madison. Questions include, “What are the short-term changes in, just, behavior? And what are the longer-term adaptive evolutionary changes” that cause the sounds of animal populations in different habitats to diverge?

The influence of habitat on sound propagation is also important for researchers using sound recordings to monitor animal populations. Burivalova uses soundscapes—recordings of all the sounds in an area—to measure how quickly biodiversity recovers after selective logging in southeast Asian tropical forests. “When we are using soundscapes to study various things or even use them in conservation . . . we might have to take into account the differences in the vegetation structure,” she says.

Darras agrees. “There is a huge movement . . . to sample all sonant animals—animals that make sounds—with autonomous sound recorders,” he says. But to do so, “you must take into account that you sample different spaces with your devices when you put them up in different habitats. It [is] a bit frightening that so many studies [still do] not take this into account.”