What if you could boost your brain’s processing capabilities simply by sticking electrodes onto your head and flipping a switch? Berkeley, California–based neurotechnology company Humm has developed a device that it claims serves that purpose. Their “bioelectric memory patch” is designed to enhance working memory—the type of short-term memory required to temporarily hold and process information—by noninvasively stimulating the brain.

In recent years, neurotechnology companies have unveiled direct-to-consumer (DTC) brain stimulation devices that promise a range of benefits, including enhancing athletic performance, increasing concentration, and reducing depression. Humm’s memory patch, which resembles a large, rectangular Band-Aid, is one such product. Users can stick the device to their forehead and toggle a switch to activate it. Electrodes within the patch generate transcranial alternating current stimulation (tACS), a method of noninvasively zapping the brain with oscillating waves of electricity. The company recommends 15 minutes of stimulation to give users up to “90 minutes of boosted learning” immediately after using the device. The product is set for public release in 2021.

I don’t think you can completely explain away the huge litera­ture showing the effects of neural stimula­tion.

Over the last year or so, Humm has generated much excitement among investors, consumers, and some members of the scientific community. In addition to raising several million dollars in venture capital funding, the company has drawn interest both from academic research labs and from the United States military. According to Humm cofounder and CEO Iain McIntyre, the US Air Force has ordered approximately 1,000 patches to use in a study at their training academy that is set to start later this year.

Despite the hype, however, some scientists say that the jury is still out on whether noninvasively stimulating the brain with electricity can have a meaningful effect on cognition. Unlike the more powerful method of transcranial magnetic stimulation, electrical stimulation doesn’t generate a clear sign that the stimulation is influencing the brain, such as an immediately observable muscle twitch.

Humm’s device builds on years of research suggesting that methods of transcranial electrical stimulation (tES)—including tACS and transcranial direct current stimulation (tDCS), which uses a constant rather than an alternating current—can boost memory, attention, and other cognitive processes by influencing natural rhythms in brain activity. In one of the most recent studies, for example, a pair of scientists at Boston University demonstrated that it was possible to reverse age-related working memory deficits in older adults by modulating brain rhythms with tACS.

POWER STRIP: This electrode-containing patch could boost working memory, according to Humm, the California-based company that makes it.
courtesy of humm

A few years ago, the Humm team decided to test the efficacy of their product in a randomized, placebo-controlled trial. After recruiting 36 healthy adults between 17 and 56 years old, they split the participants into two groups. One group was given tACS at 6 hertz (previous studies suggested that brain rhythms important for cognitive tasks oscillate at this frequency) for 15 minutes and the other received a sham stimulation, where electricity was applied for a brief, 60-second period, then turned off for the rest of the session. All subjects engaged in the Corsi block-tapping test, a working-memory task that involves recalling the order in which a series of squares appeared on a screen, while they underwent tACS or sham stimulation, in addition to before and after. Participants were also asked to rate how likely the stimulation was to improve their performance, both prior to and following the experiment.

This study found that tACS-treated participants performed approximately 20 percent better than their sham-treated counterparts—and that expectations regarding their performance did not influence results. “I was surprised that they got such a large effect size,” says Ted Zanto, a University of California, San Francisco, neuroscientist and a scientific advisor to Humm who helped design the study. “In a lot of research labs using different devices, they oftentimes don’t see quite such a large effect.” The findings from the study, which was completed in 2018, are available in a white paper on the company’s website.

“It was a properly designed study . . . and what they found was a statistically significant difference between the two experimental groups,” says Anli Liu, a neurologist at NYU School of Medicine who isn’t involved with the company. “That being said, I think statistical significance doesn’t necessarily mean clinical significance.” Liu points out that the 20 percent difference in performance between the two groups was driven by members of the tACS group being able to recall six items, while the control group remembered only five. In addition, she adds that it remains to be seen if similar improvements can be seen with other working memory tasks.

The company is accepting online registrations for early access to its patch.

Other scientists share Liu’s skepticism. Because the company didn’t report whether or not their memory patch generated any changes in the brain, it is unclear whether it actually alters brain rhythms, says Joel Voss, a neuroscientist at Northwestern University who has no affiliation with the company. “It’s important if you want to validate a device to show that it’s actually engaging the hypothesized neural structure and changing its function in the way that you predicted.” Otherwise, Voss adds, the effects could be due to “extraneous, nonspecific influences,” such as placebo or indirect influences on the peripheral nervous system. For example, stimulating the nerves on your skin might make you alert, which may in turn make you more attentive to the task at hand.

On top of that, it remains unclear how much electricity actually enters the brain with tES, according to Voss. He adds that results from several studies indicate that not enough electricity gets into the brain with this technique to have a meaningful impact on function. For example, in one 2019 Nature Communications paper, a group of researchers reported that tACS stimulation could increase a tremor in individuals whose hands already shook and trigger it in healthy individuals asked to hold a tiny weight up with one finger. But this effect disappeared when they applied a topical anesthetic to the skin on participants’ heads before placing the electrodes, hinting that the original effect may have depended on stimulating peripheral nerves, rather than on electricity reaching the brain. Liu and her team have generated similar findings by measuring neural activity directly from the brains of epilepsy patients undergoing surgery, observing that tACS failed to influence memory-related brain waves.

Still, Zanto and McIntyre are optimistic about the future of this technology. McIntyre points out that in another 2019 study, which was published on the preprint server bioRxiv, a different group of researchers demonstrated that, even after using a local anesthetic to block skin sensations during tACS in non-human primates, electrical stimulation was able to entrain the firing of neurons in the animals’ hippocampuses, a memory-associated region deep within the brain. While the mechanism of action of tACS remains an open question, “I don’t think you can completely explain away the huge literature showing the effects of neural stimulation,” says Zanto. “If it were a placebo effect, why do people show time and time again changes in cognitive function when paired to a group that gets a placebo control?”

The Humm team plans to conduct further studies of the memory patch in order to answer questions such as whether a tACS session will improve performance on other tasks. “We have a laundry list of scientific questions that are of interest,” says Zanto. For now, the company is accepting online registrations for early access to its patch—currently a single-use device that costs around $5 a pop. According to McIntyre, 1,000 people have already paid between $40 and $500 for subscriptions of up to several months’ worth of the product. Those customers will receive the products this year, as part of a beta test. Anyone else who is interested will need to wait until the company officially launches its device in 2021. 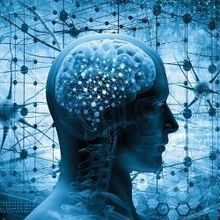