Virtual reality experiments reveal that the popular drug may make the brain more open to misremembering.

When Lilian Kloft stumbled across a 2015 study showing a connection between cannabis use and susceptibility to false memories, she found herself wondering about the legal implications of the results. The study had discovered that heavy users of cannabis were more likely than controls to form false memories—recollections of events that never occurred, for example, or warped memories of events that did—even when they were not at the moment “high.”

This kind of false remembering can pose difficulties for people gathering reliable testimony in the event of a crime, says Kloft, a PhD student in psychopharmacology and forensic psychology at Maastricht University in the Netherlands. Consequently, the growing acceptance of cannabis worldwide raises questions not only about how the drug affects memory, but also about how law enforcement officials should conduct interviews with suspects, victims, and witnesses who may be under the influence or regular users of the drug.

Some participants laughed and talked to the virtual charac­ters. Others became paranoid.

In order to further investigate the connection between cannabis and false memory formation, Kloft and collaborators recruited 64 volunteers for a series of experiments. Participants, who were occasional cannabis users, were given a vaporizer containing either cannabis or a hemp placebo and then told to inhale deeply and hold their breath for 10 seconds. After that, the researchers tested them in three different tasks designed to induce false memories.

In the first task, the team asked the volunteers to memorize lists of words, and then to pick out those words from test lists that also included dummy words. As expected, both the sober and the intoxicated participants falsely remembered some of the dummy words. But while the sober participants mostly falsely remembered words that were strongly associated with words on the original lists, the intoxicated participants also selected less-related and completely unrelated terms.

In the next two tasks, the researchers wanted to see if they could induce false memories by providing misinformation to the participants. Hoping to imbue these tests with more real-world relevance than a list of words, Kloft and colleagues designed two immersive virtual reality scenarios involving common crimes. In the first, the “eyewitness scenario,” participants observed a fight on a train platform, after which a virtual co-witness recounted the incident but with several errors, including falsely recalling a police dog that wasn’t part of the altercation. In the “perpetrator scenario,” participants entered a crowded bar and were instructed to commit a crime themselves—to steal a purse. 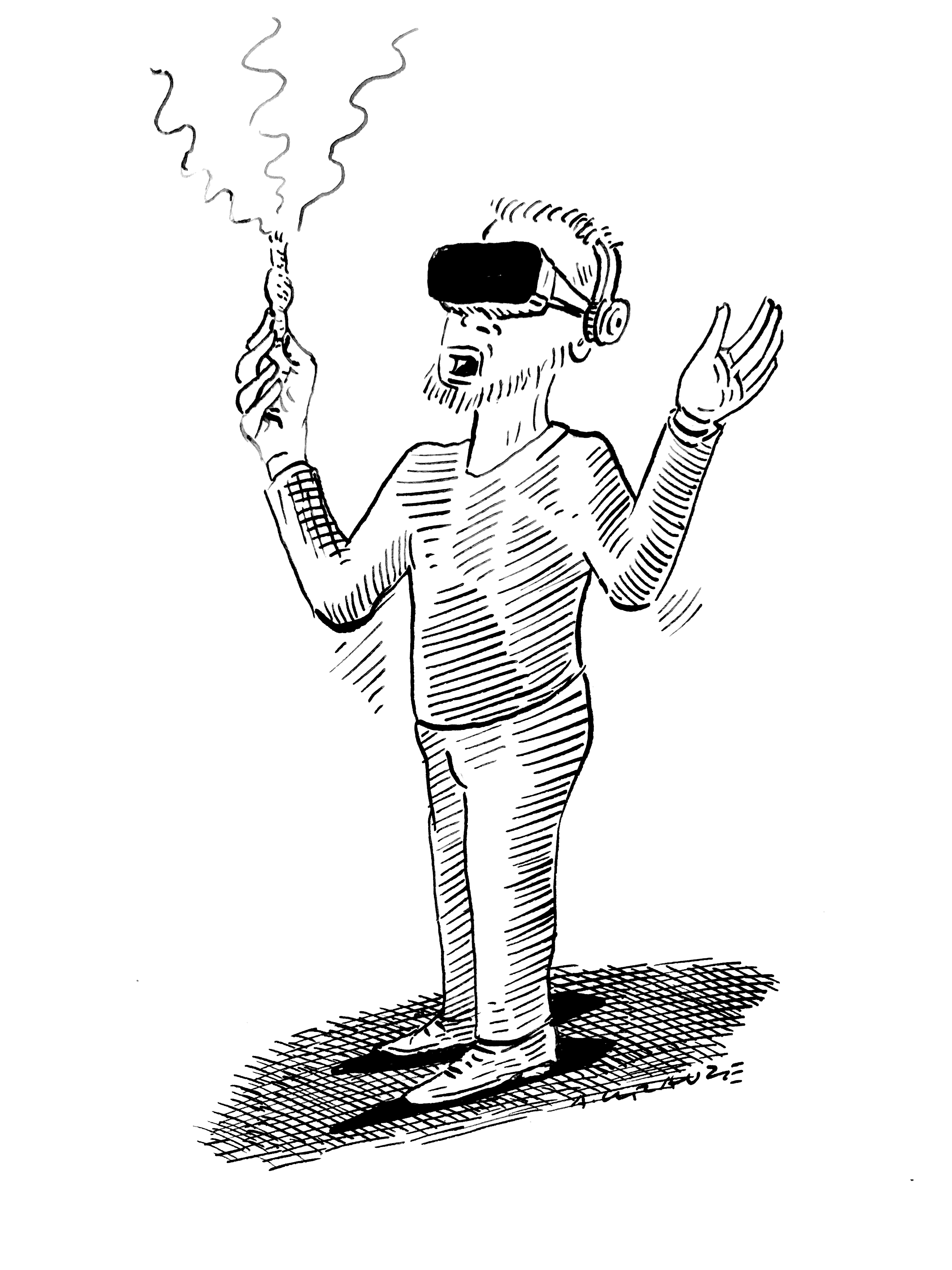 The researchers observed a range of effects associated with cannabis as the intoxicated subjects interacted in these virtual environments. Some participants laughed and talked to the virtual characters in the scenarios, Kloft reports, while others became paranoid and required assistance in stealing the purse. “One person even ran away so quickly that they ripped out the whole VR setup and it fell to the ground,” she says. When researchers interviewed the participants afterward using a combination of leading and non-leading questions, those who were intoxicated showed higher rates of false memory for both the eyewitness and perpetrator scenarios compared with controls.

To look for longer-term effects of cannabis, the experimenters called the subjects back a week later and tested them again on the word lists, this time with a few different dummy words thrown in. They also re-interviewed the subjects about the VR scenarios using a combination of old and new questions. As before, they found lower memory accuracy in the word-association test in those who had been intoxicated compared with sober participants. There were no statistically significant differences between the groups for the virtual reality scenarios, a result that Kloft says may indicate memory decay over time in all participants.

Cognitive neuropsychopharmacologist Manoj Doss, a postdoc at Johns Hopkins University who was not involved in the study, has used word association and other tasks in his own research to demonstrate that tetrahydrocannabinol (THC), the main psychoactive ingredient in cannabis, increases false memories when participants attempt to retrieve information they’d previously learned. Doss says that the study by Kloft and collaborators is novel not only because it employs virtual reality, but because it shows that both the real-world scenarios and the word association task can induce false memories.

The study should prompt people to think about best practices when it comes to intoxicated witnesses.

For the tests administered after one week, however, Doss notes that it’s difficult to determine if the researchers were observing actual false memories, because participants might remember both the accurate and the dummy information they encountered in the original experiment. In the follow-up test, “people might say yes to the things they’re not supposed to just because they saw them in that first test,” says Doss. He suggests that increasing the number of items tested, as well as separately analyzing the new and previously used word tests and interview questions, could reveal a higher incidence of false memories in the delayed test for the participants who took cannabis.

Giovanni Marsicano, a neuroscientist at the University of Bordeaux in France who did not participate in the research, says that the new results match up with findings he’s made in mice: animals that receive injections of THC are more likely than controls to associate unrelated stimuli—itself a sort of false memory. His work has also shown that a cannabinoid receptor known as CB1 that is highly abundant in the hippocampus and prefrontal cortex probably plays a key role in the formation of these incidental associations. One of this receptor’s main jobs is to decrease the release of neurotransmitters. Marsicano hypothesizes that when the CB1 receptor is activated, neural signaling is inhibited in such a way that the brain is less able to separate correct from incorrect information.

Roger Pertwee, a pharmacologist at the University of Aberdeen in the UK who was not involved in the research, says that the Dutch team’s results aren’t surprising given what’s known about how cannabinoids affect memory. Unlike endogenous cannabinoids, which tend to selectively activate some CB1 receptors and not others, compounds in cannabis activate all CB1 receptors at once; this indiscriminate activation may also somehow contribute to the formation of false memories, explains Pertwee, who works with GW Pharmaceuticals, a company that makes prescription medicines derived from cannabis.

In the future, Kloft says she’s interested in looking at how people regard the memories they form when high in order to find out whether they “trust” those memories. “Are they confident in them, and is there any strategy they pursue to correct for their probably impaired memory?”

Study coauthor Elizabeth Loftus, a cognitive psychologist and human memory expert at the University of California, Irvine, says that the team’s study should prompt people to think about best practices when it comes to intoxicated witnesses. “The law recognizes that there are vulnerable witnesses who need extra special care and attention when you’re interviewing them: young children, people with mental disabilities, sometimes the elderly are included in that category,” Loftus says. “Might not [people who are high] be another example of . . . vulnerable witnesses where you’ve got to be extra careful?”