MYSTERY POTS: Archaeologists have discovered hundreds of rhyta at Neolithic sites. But what were the vessels for?
ŠIBENIK CITY MUSEUM

It’s been a longstanding archeological mystery: in many Neolithic sites near the Adriatic Sea, researchers have unearthed cone-shaped clay vessels with four legs on the bottom and a round opening on the side. Were they used for ritual bloodletting? For ferrying embers? For holding salt?

Sarah McClure, a Pennsylvania State University archaeologist, didn’t know what to expect when she and her colleagues set out to analyze residues from sherds of the vessels, known as rhyta, and other pottery excavated from sites of two Neolithic villages on the Dalmatian coast, not far from Šibenik, Croatia. Certainly, though, “finding cheese in those vessels was not something we had anticipated,” she says.

Rather than actively looking for the origins of feta and Parmesan, McClure and Katherine Freeman, also of Penn State, are leading a project to investigate how agriculture has shaped European ecological landscapes. When farming spread from the Near East into the eastern Adriatic coast about 8,000 years ago, farmers brought with them nonnative crops and domesticated animals, McClure explains. “Our larger project is looking at the environmental and cultural implications of domestic animal management practices . . . and how that developed through time over centuries and even millennia.”

In the process, the pair teamed up with geochemist Clayton Magill of Heriot-Watt University in Edinburgh to analyze potsherds that other teams had unearthed at the Neolithic village sites. They hoped residues on the sherds would reveal what the pots once held, and thus what types of foods these early farmers were producing and eating. McClure’s lab used radiocarbon dating to determine the ages of the pottery fragments, while Magill’s used gas chromatography–mass spectrometry (GC-MS) to analyze the structure and isotopic composition of any fatty acids remaining on the surface of the sherds.

To guard against bias, members of Magill’s lab used a double-blind procedure, analyzing sherds from other sources, including some that had been deliberately contaminated, alongside their real targets. Once they’d administered solvents to extract residues from the sherds and run them through GC-MS, the researchers used computer algorithms to sift through the output and to identify the molecules present. Most revealing was the composition and breakdown products of triglycerides—which exhibit different molecular structures depending on whether they originate from plants, animals, or fungi, and which split into different fatty acids based on how foods are processed, Magill explains.

Finding cheese in those vessels was not something we had anticipated.

In addition to the traces of cheese in the rhyta pottery, Magill’s group found that fatty acids associated with milk were most common in a pottery type known as figulina; sieves bore traces of a fermented dairy product that McClure thinks was likely an intermediate in the cheesemaking process; and vessels that fell into none of these categories often held meat or fish.

The rhyta results were particularly unexpected because the cheesy sherds dated from around 5,200 BCE. Prior to McClure’s study, the earliest known cheesemaking in the Mediterranean had occurred about 4,000 years later. Other studies have found evidence for cheesemaking in Poland and Switzerland that predates that of the Croatian sites by a few hundred years, and McClure expects that traces of the food will turn up at earlier sites in the Mediterranean and elsewhere if researchers use techniques similar to those of the current study.

The team also found traces of fresh milk on sherds dating from even earlier than the rhyta, around 5,700 BCE. The findings add to growing evidence that humans began using animals for dairy early in their domestication history, notes archaeologist Peter Rowley-Conwy of Durham University in the UK who was not involved in the work. “It’s not many years ago . . . that we thought that milking and dairying was a pretty late phenomenon,” he says—archaeologists assumed animals such as cows and goats were mainly used for meat early in their domestication history.

Rowley-Conwy suggests it would have been more beneficial to use animals primarily for dairy. “If you kill one cow, you eat meat for about a week until it goes off”—and you’re left with fewer cows, he says. But by milking the animals, the farmer would be “spreading the food gain from that animal over several months rather than just one week.” Like meat, though, fresh milk couldn’t be kept for long without going bad. Cheese, on the other hand, could be stored for months at a time, providing much-needed calories to early farmers between harvests, Rowley-Conwy says.

McClure notes that the pottery from the Croatian sites predates the spread of a human gene mutation across that corner of Europe that enables people to digest the milk sugar lactose in adulthood. Fermenting milk into yogurt-like products or making cheese would have broken down much of the lactose, allowing adults without the mutation to eat the foods, she says. In the hundreds of years that humans were milking domestic animals before the beginnings of cheesemaking, she and her coauthors suggest, children were the ones consuming milk.

That different types of pottery were used for different foods reveals a high level of sophistication on the part of the Neolithic farmers, Rowley-Conwy tells The Scientist. Archaeologist Mark Pearce of the University of Nottingham, who was not involved in the study, notes that, in contrast to the sieves, which have a clear practical purpose, the rhyta’s shape has no clear advantage for cheesemaking or storage, so it likely had symbolic significance. “What these rhyta were used for has always been a question, so the discovery that they’re associated with cheese is quite interesting,” he says. “I think that it tells us, if they’re in a special vessel, [cheeses] must have a certain importance.” 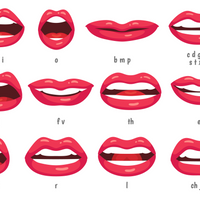