Avri Ben-Ze’ev first came across the cell adhesion molecule L1 in his lab in 2005. The protein was initially known only for its role in brain development, where it had been linked to the migration and differentiation of nerve cells, and to helping axons find their way, but it had also turned up in cancer cells.

Ben-Ze’ev, a cancer researcher at the Weizmann Institute of Science in Israel, and his colleagues were finding that the L1 cell adhesion molecule (L1CAM) was also a target in a signaling pathway associated with colorectal cancer. Even more unexpectedly, when the researchers tested the protein’s effects by loading up human cancer cells with a virus that made them express the L1CAM gene and injecting them into mice, the cells behaved far differently than unaltered controls. When normal cancer cells are injected, “it will form only a local tumor, but now that there is L1, it will metastasize to the liver,” Ben-Ze’ev says. Furthermore, when the researchers looked for L1CAM in colorectal tumor samples from patients, they found it—not in all the cells, but in those at the invasive edge, leading the charge of the cancer’s spread. “What was really surprising to me is that a gene . . . can so dramatically reprogram the properties of an already tumorigenic cell to form [a] metastasis,” Ben-Ze’ev recalls.

Something is fundamentally differ­ent about the biology of these metastatic tumors that makes them so impossible to treat.

Research groups have since found that L1CAM is associated with metastasis in a variety of cancers, and antibodies against the protein have been tested as cancer therapies in mice with some success. Recently, Karuna Ganesh of Memorial Sloan Kettering Cancer Center (MSKCC) in New York and her colleagues took a new approach to further investigate how L1CAM confers metastatic powers on cancer cells. Ganesh, who is a practicing oncologist as well as a researcher, explains that while tumors that remain localized are usually treatable, cancers that have metastasized are far more deadly and difficult to treat. Indeed, the vast majority of cancer deaths are from metastatic cancer. “Something is fundamentally different about the biology of these metastatic tumors that makes them so impossible to treat, and this is really a pressing clinical need, to find better ways of attacking metastatic disease,” Ganesh says.

With that need in mind, in 2014 Ganesh joined the lab of MSKCC metastasis researcher Joan Massagué, where she worked to harness what was then a brand-new model for studying cancer: tumor organoids, tiny three-dimensional models grown in a dish using tumor samples that were removed from patients. Looking in these models for the factors that distinguished metastasizing cells from tumor cells that stayed put, Ganesh and her colleagues came across L1CAM. Consistent with Ben-Ze’ev’s findings from a decade before, metastasis-initiating cells had lots of the protein, while other cancer cells didn’t.

Ganesh and her colleagues decided to use the organoids, along with experiments in mice, to probe for factors that caused relatively mild-mannered tumor cells to switch on L1CAM and other genes needed to initiate metastasis. What they found, she says, is that the tumor’s physical environment plays a role in tilting cancer cells toward striking out to colonize new territory.

The colon is made of epithelial tissue, meaning that its cells grow in sheets, Ganesh explains. Colon cells “like to be attached to their neighbors, and when they let go of their neighbors, they are designed to die.” A key finding of the new study, she says, is that the metastasis-inducing cancer cells respond to physical detachment from surrounding cells not by undergoing apoptosis, but by gaining new abilities—a phenomenon that the team also detected in cells that regenerate tissue after wounding. Specifically, the team identified L1CAM expression in a specialized population of cells in mice with colitis that appeared to use the protein to facilitate healing of damage to the colon caused by inflammation. By contrast, levels of L1CAM RNA were negligible in the colon epithelia of control mice without colitis.

Both the regenerative cells and the metastasis-initiating cells switch on L1CAM as they change to a mode in which they can survive without their neighbors. In the case of the metastasizing cells, Massagué says, the team’s recent study indicates that the protein allows them to seek out and adhere to a membrane that surrounds capillaries at sites of future metastasis. Once it’s latched on, L1CAM signals the cells to begin proliferating. But Massagué adds that it’s just one of the proteins enabling metastasis; he plans to investigate the actions of others as well, in hopes of finding additional therapeutic targets.

While L1CAM has long been recognized as a metastasis marker, “actually effectively targeting and linking it to the changes in the epithelial status of the tumor, I think, are very interesting,” says David Menter, a gastrointestinal cancer researcher at MD Anderson Cancer Center who was not involved in the study. “It provides new avenues for us to think about targeting metastasis.”

Another recent paper by Massagué and colleagues similarly identifies likenesses between metastasizing and regenerating cells in the lung. For Judith Agudo, a cancer immunologist at the Dana-Farber Cancer Institute who was not involved in the work, a key takeaway of these studies is that “they bring this new angle in which metastasis takes advantage of pathways that take place in the body during wound healing or regeneration, which can explain a lot [about] how metastasis works. And that new view was really interesting.”

For his part, Ben-Ze’ev feels that the new study is sound, but says some of its findings echo insights about L1CAM and colon cancer progression and metastasis that were previously reported by his group and others—a viewpoint he lays out in a review on the site F1000.

In Ganesh’s view, the study highlights the importance of using models for drug discovery that include metastasis-capable cells. “Many of the models that people used for drug discovery actually don’t contain this metastasis stem cell state,” she says, but rather consist of mice with benign tumors. “If you want to treat metastasis with drugs that treat metastatic cancer, which is ultimately what all cancer drugs are, then we really need to have model systems that capture this metastasis stem cell state.”

Correction (April 1): The original version of this article stated that in 2006, the protein L1 was known only for its role in brain development. The first paragraph has been updated to reflect the fact that at that time, it had previously been reported to be present in cancer cells. The Scientist regrets the error. 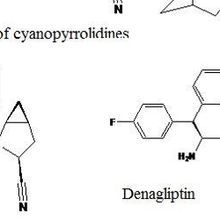 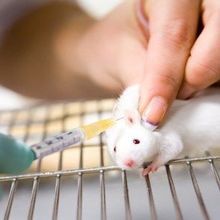