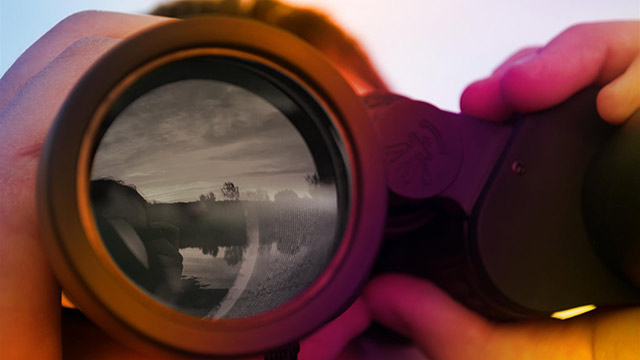 MODIFIED FROM © ISTOCK.COM/SIMCHIn 2015, pathologist Jonathan Lin at the University of California, San Diego, School of Medicine started to receive skin and blood samples in the mail. Lin and his colleagues had recently discovered a gene linked to a congenital disease known as achromatopsia. People with achromatopsia have damage to a part of the retina known as the fovea, and also to the photoreceptors in the retina that create color vision. Consequently, they see the world in a black-and-white blur. “This is a rare, inherited disease,” Lin says. “There is no cure.”

Earlier that year, Lin and his collaborators had linked the condition to mutations in the gene Activating transcription factor 6 (ATF6), which codes for a key protein regulator of cellular stress—specifically, a process known as the unfolded protein response—and of homeostasis in cells’ endoplasmic reticulum. A missense mutation, which results in an arginine amino...

“The 2015 paper was eye-opening,” says Gustavo Aguirre, a medical geneticist and ophthalmologist at the University of Pennsylvania who was not involved in the research. There had been no a priori reason to think ATF6 would have anything to do with the retina. Achromatopsia had been linked to five other genes previously, several with associations to the development of the cone photoreceptors in the retina, but never to a gene involved in protein folding. Dysfunction of ATF6, meanwhile, had been implicated in other diseases, including diabetes and stroke.

No one had made the connection between ATF6 and blood vessel development before.

Curious whether activating the ATF6 transcription factor would change the fate of cells harboring these mutations, Lin teamed up with chemical physiologist Luke Wiseman of the Scripps Research Institute in La Jolla, California, and his colleagues to sift through millions of potential small-molecule treatments. Wiseman’s team homed in on a compound called AA 147, which activated ATF6 in various cell types, and handed it over to Lin. Lin’s team collected skin samples from three siblings in New York who had achromatopsia, and used viral vectors to reprogram their skin cells into induced pluripotent stem cells, which the researchers then treated with AA 147. “We had no idea what would happen,” Lin says.

A surprise awaited: activating ATF6 in the stem cells with high concentrations of AA 147 spurred the cells’ differentiation into endothelial cells destined to become blood vessels (Sci Signal, 11:eaan5785, 2018). No one had made the connection between ATF6 and blood vessel development, Lin says, adding that activating ATF6 in young achromatopsia patients might stimulate growth of the delicate bed of capillaries that rings the fovea. Those capillaries are essential for the fovea’s development, so spurring their growth could possibly improve achromatopsia patients’ vision. What’s more, “AA 147 restores ATF6 function,” he says. “So, if we can restore ATF6 function with AA 147 in these patients with mutations, then we could help their disease.”

“This is a very nice paper,” Aguirre tells The Scientist. The research is “intriguing and solid” and in terms of experimental protocol, the team “dotted their i’s and crossed their t’s,” he says. However, he notes, it overreaches in its claim for a possible therapeutic for achromatopsia. Once the cone cells are damaged, they’re gone. It would be impossible to target them and restore their function with AA 147 activating ATF6, as Lin suggests. Aguirre explains that gene therapy would be a more focused treatment for achromatopsia, targeting, early on, just the genes in the cells that would become damaged rather activating ATF6 in all cells.

AA 147, however, could have implications for treatments for diseases other than achromatopsia, Lin and colleagues note in the paper. It may treat diseases that involve insufficient blood supply to the heart and brain, such as stroke. “We know that ATF6 is an attractive target for such diseases,” Urano says. With that in mind, Wiseman is now working with his colleagues to create a more potent version of the small molecule—one that is just as effective but doesn’t have to be administered in the potentially toxic high doses that the scientists used in their in vitro study. “The hope is that compounds like AA 147 can be developed and translated into potential treatments. Of course, that’s a long way away,” Wiseman says. “And maybe it won’t be these compounds, maybe it will be a next-generation compound of 147 or something like it.”