Transposon mutagenesis give scientists a rare look at the most important interactions within microbial communities.

Bits of Brie are scattered about on petri dishes in Rachel Dutton’s microbiology lab at the University of California, San Diego. The distinctive smells they give off come from the cheeses’ rinds—specifically, the multitude of microbes blooming on the crumbly or waxy surface of the creamy curd.

Microbial communities exist just about everywhere on Earth, from our skin and our gut to the soil and the ocean, and play an integral role in human health and disease. Yet scientists have struggled to cultivate many of Earth’s microorganisms...

Biologists such as Morin are now using cheese to search for general rules that govern how microbiomes function. The researchers want to know: How are microbial communities assembled? Why is a particular microbiome composition stable? Why does the composition sometimes shift? 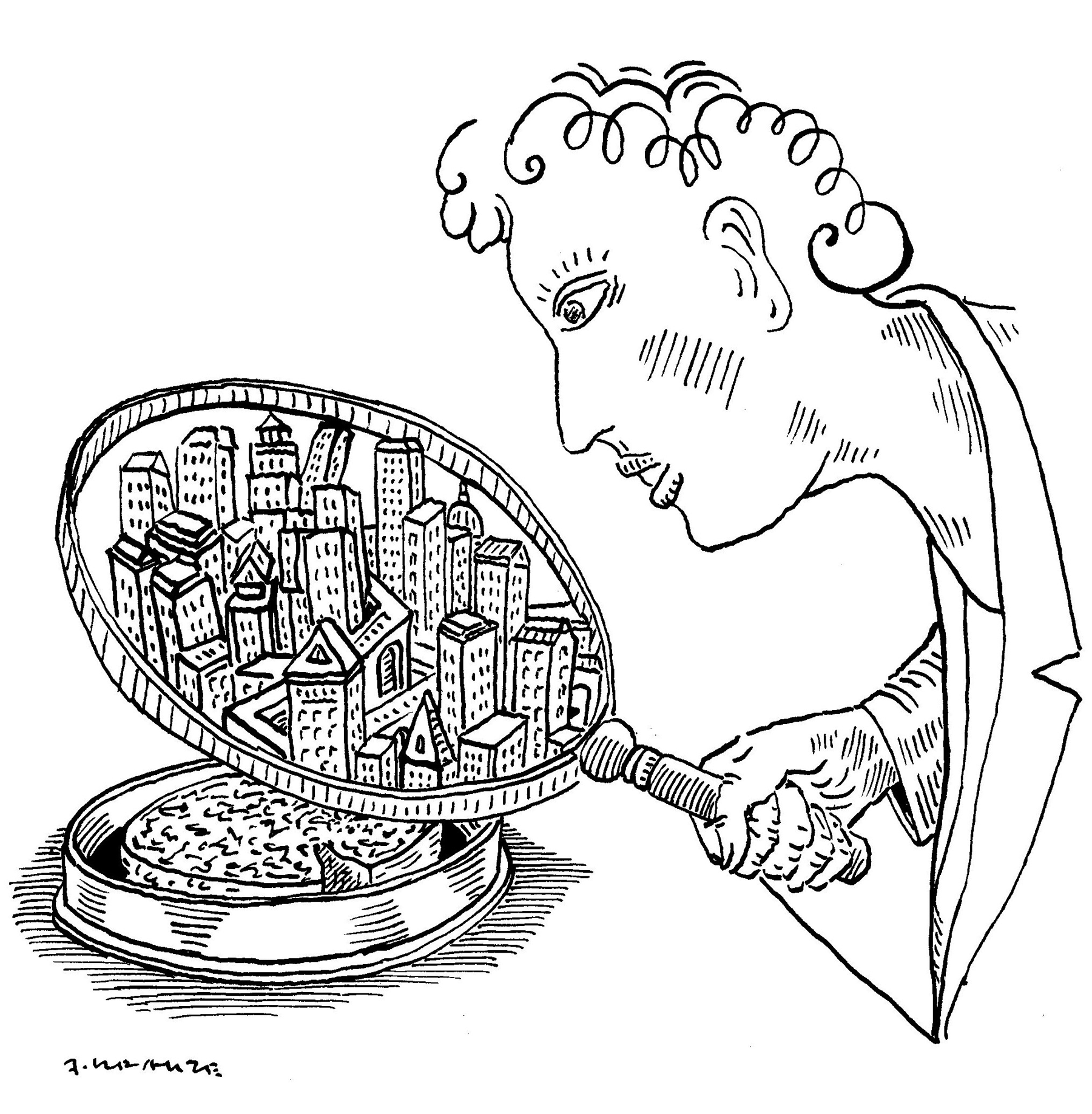 Morin and the rest of Dutton’s lab have begun to study individual and pairs of microbial species in order to understand how one microorganism’s metabolism and waste products helps or hinders others in a particular cheese rind. “Interactions are central to a microbiome and likely key determinants of a microbiome’s composition, structure, and evolution,” Morin says.

The researchers hope to identify differences in gene expression patterns depending on whether microbial species are growing alone or living with other species. A lot of work has been done to infer which interactions are important for survival, Morin says, but the team wants definitive evidence that particular genes are being upregulated in the multi-microbial environment.

The cheese rind microbiome lets us study microbiomes in general.

To produce that evidence, the team recently adapted a technique developed by systems biologists Adam Arkin of the University of California, Berkeley, and Adam Deutschbauer of Lawrence Berkeley National Laboratory called random barcode transposon-site sequencing (RB-TnSeq). Using this method, researchers tweak and tag certain genes in bacteria, creating many mutant strains. When grown in a competitive environment, the mutant strains grow in different abundances—some grow better, others grow worse, depending on the effect of the underlying gene mutation on the fitness of the strain (mBio, 6:e00306-15, 2015). The technique reveals which genes are most important for survival in a particular environment.

Morin and her colleagues used this tweak-and-tag method to create E. coli mutants that could yield clues to which genes are essential for growth in the cheese rind microbiome. The team grew the bacteria either alone, with one of the cheese rind species, or with three cheese rind species typically found on Brie and Camembert cheeses. The E. coli mutants that survived revealed the genes essential for interspecies interactions—such as competition for the same metabolites, or cross-feeding, where one species feeds off the waste products of another.

The researchers found that many of the genes that were highly expressed when E. coli was paired with one cheese rind–associated species were downregulated when additional species were added, while some genes were only active when E. coli grew alongside a community of three species. About half of the interactions in the cheese microbiome that the team studied were pairwise, i.e., between two microbes, and the rest were more complex (eLife, 7:e37072, 2018). 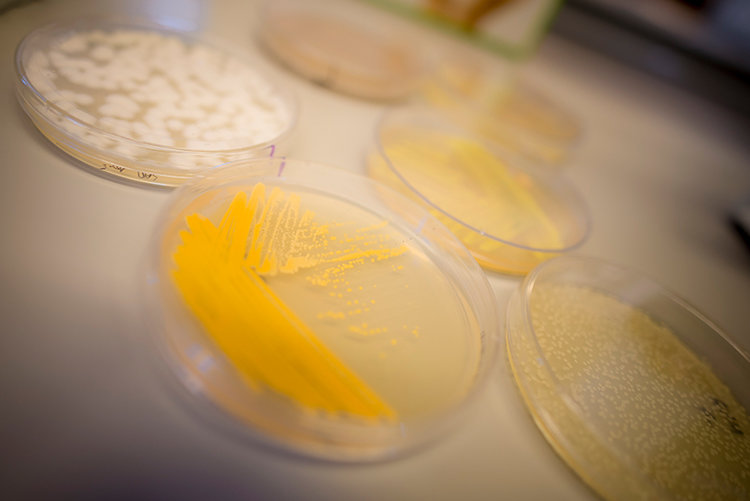 “This is a fascinating paper because it’s making a statement for the first time about genetic interactions in complex communities,” says Paul Straight, a microbiologist at Texas A&M University who was not involved in the study. “It actually pinpoints, rather than infers, the genes and metabolic functions that really contribute to survival.”

The results also “highlight the risks of extrapolating results from studies with individual strain pairs to predict what might be happening in communities,” notes Paul Cotter , a microbiologist at the Agriculture and Food Development Authority in Ireland who was not involved in the study, in an email to The Scientist.

Some of the most complex interactions involved fungal species; these organisms appear to cross-feed amino acids to other microbes in the microbiome. When E. coli grew alone on the cheese rind, for example, it relied heavily on amino acid biosynthesis pathways to survive. But when researchers added fungi to the rind, expression levels of genes involved in its amino-acid-making processes dropped. “Fungi might boost free amino acids in the environment,” Morin says, explaining that fungal species associated with cheese rinds exude an enzyme that breaks down the major protein in cheese, casein, adding to the pool of available amino acids.

“Studies of this kind highlight the importance of not limiting one’s analysis of a community to just your species or kingdom of interest,” Cotter says. “Many microbiologists focus only on bacteria, fungi, viruses, archaea, or microeukaryotes, without taking the full breadth of microbes from a specific community into consideration.”

While the results on gene interactions are interesting and important, Morin says, the main point of the paper was to identify a technique that could tease out the mechanisms that explain how microbial communities compete and cooperate to survive. “We’ve shown [that] the technique can be used to answer questions about interactions and invasions in a wide range of microbial communities,” she says.

Researchers could ultimately apply the approach to any microbial community of interest—including those of environmental, industrial, or clinical importance, Cotter says. Scientists could study interactions among microbes in cows’ stomachs in search of ways to reduce methane production, or interactions among microbes in the lungs of cystic fibrosis patients to help understand the persistent infections some patients experience, he suggests. “The opportunities are endless.”