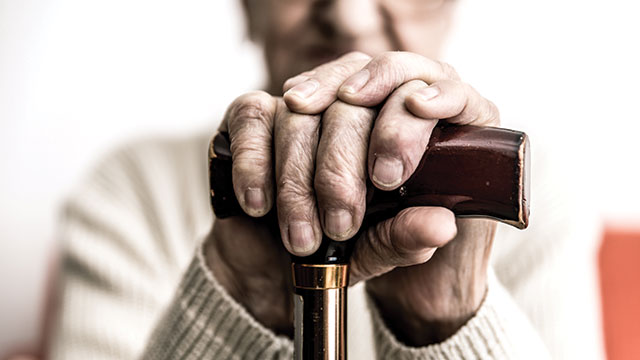 In the 1990s, pharmacologist Dave Sharp of the University of Texas’s Barshop Institute for Longevity and Aging Studies in San Antonio was studying mice with pituitary dwarfism—a condition in which the pituitary gland fails to make enough growth hormone for normal development. The puzzle, Sharp explains, was that research had shown that these hormone-deficient dwarf mice lived longer than normal mice. “I wondered, why is being small connected with longer life?” he says.

Yeast research led by molecular biologist Michael Hall at the University of Basel in Switzerland was to provide Sharp with an unexpected lead. In 1996, a team led by Hall (who would go on to win a Lasker award in 2017 for the work) revealed a new intracellular signaling pathway, mediated by the protein targets of a compound called rapamycin. Using this drug to block the “target of rapamycin” (TOR) proteins in yeast had...

Back then, the hypothesis was unconventional. Rapamycin, a compound first identified in the 1970s in a soil sample from Easter Island, has been used for decades to suppress the immune system in transplant patients; it seemed counterintuitive that it could prolong life, Sharp notes. “Nobody would read my proposals,” he says. “They’d just laugh. You know, ‘An immunosuppressant extending lifespan?’”

But research since then has lent support to Sharp’s theory. Studies in the early 2000s showed that the drug could make nematodes and fruit flies live longer, while research by Sharp and others suggested that TOR signaling is downregulated in long-lived dwarf mice. And a collaboration between Sharp and the Barshop Institute’s Randy Strong, the principal investigator for the National Institute on Aging’s Interventions Testing Program, led to a landmark mouse study that identified rapamycin as the first drug to extend lifespan in mammals (Nature, 460:392-95, 2009). By fine-tuning dosage and delivery systems over the next five years, the pair increased longevity in male mice by 23 percent and in females by 26 percent, compared to control animals (Aging Cell, 13:468–77, 2014).

There’s always been a paradox with it.—Dave Sharp,
Barshop Institute
University of Texas

Researchers have now expanded the study of rapamycin’s lifespan-extending effects to other animal species. For example, an ongoing collaboration between the University of Washington and Texas A&M University College of Veterinary Medicine is studying the effects of rapamycin in companion dogs. Although it’s too early to say whether the drug does indeed extend the healthy lifespan, or healthspan, of the animals, “we found significant improvement in cardiac function after just 10 weeks,” says Texas A&M’s Kate Creevy. As part of her group’s efforts to move the drug towards regulatory approval for use as a pet medicine, the researchers initiated a Phase 2 clinical trial with the animals earlier this year. And because companion dogs, like humans, are more genetically diverse than laboratory animals, the studies represent a step toward better understanding how rapamycin performs in people.

Still missing from this research is a mechanistic understanding of how the drug extends lifespan. Part of the problem stems from the fact that the pathway rapamycin acts on is involved in so many biochemical processes. A protein kinase, TOR is widely expressed in the cells of nearly all eukaryotic organisms, and handles a host of cellular functions related to nutrient sensing and growth, including proliferation, transcription, and programmed cell death. “Almost any kind of stress you put on cells is handled by TOR,” Sharp explains. In humans and other mammals, “it’s involved with the nervous system, the muscles, all your organs.” Inhibiting TOR with rapamycin limits cell proliferation, for instance, but also has other, systemic side-effects in humans that are not fully understood, including insulin resistance—though such negative effects can be reduced by tweaking dosing regimens.

One possible explanation for the longevity connection is that, via the TOR pathway, rapamycin helps to prevent age-related disease. In the 2000s, the drug was shown by multiple groups to have antitumor properties in human cell lines and mice. It also seems to reduce some traits associated with later-age cognitive impairment. A few years ago, for example, the Barshop Institute team discovered that rapamycin improved later-life memory and learning, and reduced the development of amyloid plaques—a key feature of Alzheimer’s disease—in mouse brains (PLOS ONE, 5:e9979, 2010; Aging Cell, 11:326-35, 2012).

There are also more-recent hints that some of rapamycin’s effects could be mediated by the microbiome, which has multiple effects on immune system function. A couple of years ago, a team at the University of Washington got a clue from mouse droppings. “We noticed the feces of rapamycin-treated mice were a lot smaller than those of control mice,” says University of Washington postdoc Alessandro Bitto. “We sent samples to microbiome researchers in Missouri, and they found that gut microorganisms differed significantly between the two groups.” The rapamycin-treated mice in that study not only lived longer on average, but performed better on tests of physical skill and endurance (eLife, 5:e16351, 2016).

Extending such findings to humans is no easy task: decades-long studies are rarely attractive to investors, making human clinical trials on longevity difficult to fund. But studies on the health benefits of rapamycin for humans are gaining traction. A 2014 Novartis study suggested that rapamycin counterintuitively boosted the immune response in elderly humans—last year, the company announced a Phase 2 trial to study the drug’s impact on diseases affecting older people, and on “age-related decline.” And the National Institutes of Health is currently funding a study, led by Dean Kellogg of the Barshop Institute, on rapamycin’s effects on muscle strength, cognition, and immune function in healthy seniors. Meanwhile, the last decade has seen the development of several rapamycin derivatives for the treatment of cancer. For example, the FDA approved the derivative everolimus in 2009 for the treatment of renal cell carcinoma and for multiple other cancer types since.

Researchers such as Sharp have come to see such broad—and sometimes apparently conflicting—applications as an inherent feature of rapamycin biology. “Here’s a drug that could treat cancer and suppress the immune system, which is supposed to be the system that helps you not get cancer,” Sharp says. “So there’s always been a paradox with it.”

Strong sees it differently. “I think there are some gaps in our knowledge,” he says. “That’s why these things are, to us, paradoxical. When we finally figure it out, they won’t be so paradoxical anymore.”