ABOVE: Edward Poynter’s Orpheus and Eurydice depicts the mythical Greek hero just before his curiosity gets the better of him.
WIKIMEDIA

In Greek mythology, Orpheus descends to the underworld and persuades Hades to allow him to take his dead wife, Eurydice, back to the realm of the living. Hades agrees, but tells Orpheus that he must not look back until he has exited the underworld. Despite the warning, Orpheus glances behind him on his way out to check whether Eurydice is indeed following him—and loses her forever.

The story hints at a dark side to curiosity, a drive to seek certain kinds of knowledge even when doing so is risky—and even if the information serves no practical purpose at the time. In fact, the way people pursue information they’re curious about can resemble the drive to attain more tangible rewards such as food—a parallel that hasn’t been lost on scientists. To investigate the apparent similarity between curiosity and hunger, researchers led by Kou Murayama of the University of Reading in the UK recently devised an experiment to compare how the brain processes desires for food and knowledge, and the risks people are willing to take to satisfy those desires.

Similar brain regions are involved in both hunger and curiosity.

Beginning in 2016, the team recruited 32 volunteers and instructed them not to eat for at least two hours before coming into the lab. After they arrived, the volunteers’ fingers were hooked up to electrodes that could deliver a weak current, and researchers calibrated the level of electricity to what each participant reported was uncomfortable, but not painful. Then, still hooked up to the electrodes, the volunteers were asked to gamble: they viewed either a photo of a food item or a video of a magician performing a trick, followed by a visual depiction of their odds of “winning” that round (which ranged from 1:6 to 5:6). If they accepted the gamble and won, based on a random, computer-generated outcome, they’d receive tokens that gave them a better chance of getting the pictured food or the explanation for the magic trick at the end of the experiment. If they lost, they’d instead get tokens that increased their chances of getting an electric shock at the end of their session. On being presented with their odds of winning, participants reported how desirable they found either the food or the explanation of the magic trick, and whether they were willing to accept the gamble.

Not surprisingly, the chances of winning and the desirability that participants assigned the food or magic reveal each correlated with their likelihood of accepting the gamble. But the category of the reward—food or satiated curiosity—was not a statistically significant predictor of participants’ decisions. Behaviorally, at least, the drives were similar in how they affected the participants’ risk-taking.

The research team suspected that the neural processes underlying the risk-taking would also be similar for the two types of motivation. “There is a body of literature suggesting that, as far as the neurobiological mechanisms [go], they seem to be similar to a certain extent,” says cognitive neuroscientist Johnny King Lau, a postdoc at the University of Reading and the study’s first author. To test this hypothesis for their risk-taking scenario, the researchers ran an experiment similar to the first, this time with a different set of subjects making their decisions inside an MRI machine as their brains were scanned.

The patterns of blood flow revealed by the scan indicated that the brain regions involved in the two motivations were indeed the same. When participants viewed either the food or the curiosity-inducing stimulus—which, in this functional MRI (fMRI) experiment, could be either a magic trick or a trivia question—a region deep in the brain called the nucleus accumbens became more active, particularly if they rated the food or solution as highly desirable. If the subjects then decided to accept the gamble, three areas known to be involved in reward processing—the nucleus accumbens, the bilateral caudate nucleus, and the ventral tegmental area—lit up more than they did if participants decided not to take the chance. The experiment showed that curiosity, like the desire for tangible reward, induces people to take risks, “and it seems to have [a] very similar underlying mechanism in the brain,” Lau says.

People are not just willing to pay, say, a few cents for it, but are also willing to take the risk of an electric shock.

“This study is particularly interesting because it investigates how curiosity can act as a motivational drive,” says Andrew Lutas, a neuroscientist at Beth Israel Deaconess Medical Center who studies neural circuitry in rodents and was not involved in the work. The fact that similar brain regions are involved in both hunger and curiosity means that discoveries made in animals about food-related reward circuits in the brain are also likely to be relevant to curiosity and other drives that are difficult to study in model organisms, he adds.

Researchers have typically measured human curiosity by asking subjects how much money they’d pay for a piece of information, or having them tell researchers how desirable the information was to them, notes Ming Hsu, a neuroeconomist at the University of California, Berkeley, who also was not involved in the study. “To show this with electric shock I thought was very creative, very novel,” he says. “And it really, I think, underscores the point of just how valuable curiosity is that people are not just willing to pay, say, a few cents for it, but [are] also willing to take the risk” of an electric shock.

While the research team’s fMRI scans implicate the same brain regions in processing hunger and curiosity, the images don’t have the resolution to identify the specific circuitry involved, Hsu notes, so a question for future studies will be “whether the same neurons are firing the same way with respect to curiosity and food.” Another unanswered question, he says, is what makes some facts uninteresting to people, while other tidbits—say, celebrity gossip—are irresistible to many. “We can measure the amount of curiosity that people express,” he says. “But what we don’t know is, why are people curious about some information but not others?” 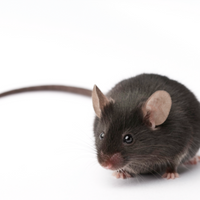