It was a simple question—deceptively simple, as it turned out: Can naturally occurring temperature fluctuations in neurons alter the cells’ synaptic transmissions? Some experiments suggest these signals might be heat-responsive. The speed at which mouse neurons release calcium, for example, is lower in tissue sections kept at 25 °C than in those at physiological temperature.

A few years ago, neurosurgeon Huan “John” Wang, then at Carle Hospital in Urbana, Illinois, approached Sanjiv Sinha, a mechanical engineer at the nearby flagship campus of the University of Illinois, about working together to answer that question. To do so, Sinha’s team would first need to figure out how to take a cell’s temperature. Some techniques for this already existed, but the researchers thought there was room for improvement. For example, one popular technique involving fluorescent molecules had a high margin of error and could be influenced by changes in factors other than temperature, such as ion concentrations and pH.

Temperature measurement via fluorescence had also yielded results Sinha considered questionable. “In the last ten years or so, there have been numerous publications that report temperature rises in cells that are a few degrees centigrade,” he says. “This doesn’t make physical sense. Where would all this heat be coming from?”

So Manjunath Rajagopal, a graduate student in Sinha’s lab, set out to devise a new, more accurate type of cellular thermometer. He and Sinha used atomic force microscopy (AFM), which delivers very precise measurements of the forces at work between a probe and a sample. Adapting the technology for use inside a living cell took years. “We redesigned to make sure the probe is sufficiently long and thin . . . which makes it less damaging to the cell when it’s entering the cell,” Rajagopal says. Calibrating the instrument posed another challenge; rather than using hot and cold water—the usual approach for calibrating temperature-measuring instruments—they aimed for higher accuracy with techniques taken from the semiconductor industry, where AFM is used to measure the smoothness of surfaces.

For the device’s trial run, Sinha and Rajagopal worked with neuroscientist Rhanor Gillette, also at the University of Illinois at Urbana-Champaign (UIUC), to measure the temperature of some unusually large neurons—those found in the abdomen of a sea slug known as the California sea hare (Aplysia californica). The team placed cultured neurons under a microscope and inserted the custom thermometer into one of them, as well as a voltage-measuring device to monitor the cell’s health.

“We were expecting to see the temperature kind of go steady, without any increments. And that would be confirmation that our probe really works well,” Sinha says. The researchers found the temperature did stay uniform much of the time, “but in addition to that we saw this very sudden spike that happens.” Indeed, the probe picked up temperature blips of a few Kelvin (or degrees Celsius), each lasting about a second.

The results didn’t seem to make sense. In a 2014 paper, researchers in France had calculated that, to raise its temperature by just one Kelvin, a cell would need to respire—that is, burn glucose—five orders of magnitude faster than normal. Claims of temperature changes of a few Kelvin, therefore, were not realistic, the French team concluded. Sinha agreed.

Sinha’s group performed some experiments to see if some factor other than temperature might account for their readings, but came up empty-handed. So the researchers considered whether the neurons might be drawing power from something other than normal, glucose-fueled respiration. It’s well-known that during respiration, mitochondria generate a proton gradient across their membranes that they harness to make ATP. That gradient can also act as a battery through a process called proton uncoupling, in which protons are temporarily allowed to flow across the membrane, generating heat—although researchers don’t fully understand how the process is triggered.

To find out whether proton uncoupling in mitochondria could explain the temperature spikes they recorded, Sinha and his colleagues tried artificially inducing the process in A. californica neurons by treating them with a chemical that shuttles protons across the mitochondrial membrane. The researchers measured jumps of 7.5 Kelvin in these cells, compared with changes of 2.3 Kelvin or less in control cells. So it’s likely, the study authors conclude, that proton uncoupling is responsible for the flashes of heat the probe picked up.

Ambre Bertholet, a molecular biologist at the University of California, San Francisco, who works on proteins involved in proton uncoupling and was not involved in the study, says that the invention of the thermal probe is an important contribution to the scientific debate over whether large temperature changes occur in single cells. But she notes that the probe only measures temperature at a specific location in the cell, and the study doesn’t really demonstrate that spikes detected at those locations correspond to increases in the whole cell’s temperature. “They measure the mitochondrial thermogenesis, but in the end, they don’t say there is an impact on cell thermogenesis.”

Guillaume Baffou, who researches nanotechnology and thermodynamics at the French National Center for Scientific Research (CNRS) and coauthored the 2014 paper calculating the energy requirements for temperature spikes in single cells, also remains unconvinced by the UIUC researchers’ results. “I’m still skeptical because physically speaking, it’s not possible,” he says. In their paper, Baffou and colleagues found that “if you fill the full inside of a cell with glucose, and you burn everything . . . even if you do that, you have a very small temperature increase,” he says. “I think what [the cell] can do with [proton uncoupling] will be still weaker than what you can do with glucose,” because heat generated at the mitochondria would dissipate quickly out of the cell before the cell could significantly heat up.

But Sinha finds the evidence persuasive, noting in an email to The Scientist that the research team conducted “several control experiments to rule out artifacts in our measurements.” On the feasibility of the temperature spikes, he writes that mitochondrial proton gradients could provide a greater source of energy than a cell’s glucose reserves. “The neuron we used has copious amounts of mitochondria. . . . Dissipating proton gradient in all of these mitochondria could potentially provide the amount of transient heat we observed.” As for Bertholet’s critique, Sinha argues that previous studies by other groups have firmly established that mitochondria can heat up the whole cell via proton uncoupling, meaning that “any information on mitochondrial thermogenesis is directly relevant to cellular thermogenesis.”

Amidst their deep dive into mitochondrial thermodynamics, the UIUC researchers haven’t lost sight of the question that brought them together in the first place—that of the connection, if any, between cellular temperature and synaptic activity. “That’s a much harder problem to solve than what we did so far,” Rajagopal says. “We will eventually be going there, but this [study] is just the beginning of it.” 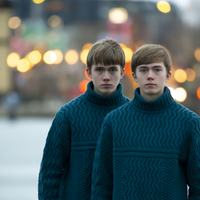