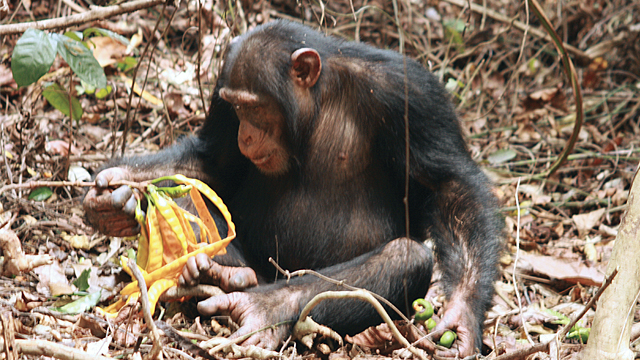 Why are humans so attracted to alcohol, and why do so many struggle with its abuse? These are questions that science still can’t answer. The “drunken monkey” hypothesis proposed by University of California, Berkeley, biologist Robert Dudley posits that, unlike our attraction to other addictive drugs, our use and sometimes dependence on alcohol stems from the millions of years our ancient primate ancestors spent consuming ripe, fermented fruits. Perhaps these predecessors evolved some kind of neurological mechanism that drove them to seek out and consume sugar-rich, ethanol-containing foods, which were likely in short supply millions of years ago. But now that there’s a liquor store on every other corner, that drive to seek out alcohol has turned against us. (See “Drunks and Monkeys,” The Scientist, June 2014.)

Specifically, Carrigan and his colleagues examined sequence changes in class IV alcohol dehydrogenases (ADH4) over the past 70 million years of primate evolution. ADH4, an enzyme found in the mouth, esophagus, and stomach of primates, is the first ethanol-digesting molecule that an alcoholic drink encounters when it enters the body. Comparing the ADH4 sequences of 28 different mammals, including 17 primates, the researchers reconstructed nine ancestral versions of the protein, which they then synthesized and analyzed for their ability to digest alcohol. While the more ancient proteins were able to oxidize some alcohols that are found in plant leaves, they were largely inactive against ethanol. That is, until about 10 million years ago, when a single amino acid replacement rendered ADH4 40-fold better at the job, allowing the animals encoding this enzyme to consume more ethanol without feeling its intoxicating effects.

This was after orangutans had branched off from the human lineage, but before chimps and gorillas had, so the latter species share this improved ethanol-digesting ability with humans. But what’s even more interesting about the timing, says Carrigan, is that 10 million years ago was around the time that researchers believe this branch of arboreal primates started spending more of their lives on the ground. “The more I thought about it, the more it became interesting and potentially really important,” he says. “Fruit ferments as it gets old, and where do you find old fruit? Well, older fruit is more often found on the ground.”

More than 15 years ago, New Mexico State University paleoanthropologist Brenda Benefit uncovered fossil evidence that fruit-eating monkeys in Kenya 15 million years ago were adapted to walk and run on the forest floor, leading her to speculate that diet could have been a driving factor in the shift toward terrestrial living. “Back in the ’90s, [we] thought that one of things that would have pulled these [primates] down to the ground would have been to forage for fallen fruit,” she says. “For me, that’s the aspect [of the new study] that was so fulfilling as a scientist—to have [Carrigan’s] project confirm that from a completely independent avenue.”

Not everyone is convinced, however. Although the timing is suggestive, “it’s not at all clear that the appearance of [the mutated] ADH4 was an adaptation [to eating fermented fruit],” Doug Levey of the National Science Foundation writes in an e-mail to The Scientist. “[R]otten fruits have no nutritional benefits over ripe fruits and . . . the diets of most primates are quite general,” he says. “[They] can presumably be selective about which fruits (rotten vs. ripe) they consume.”

“My guess is that our ancestors and modern-day primates will behave a lot like you in the situation: if you eat two fruits, one’s fermented and one’s not, you’re probably not going to eat the rotten one,” agrees Carrigan, who now hopes to conduct field studies to examine primates’ diets and measure the ethanol content of the fruit they’re eating. But, he adds, “if you’re really hungry, and there’s only a rotten one available, you might eat it.”

Moreover, there may be something to be said for the mind-altering effect of alcohol that is known to be a motivating factor for its consumption in human societies. “[T]he authors have presented evidence for an intriguing association between transition to a terrestrial life and appearance of the ability to metabolize ethanol,” says Levey. “That association may be an evolutionary precursor to humans’ attraction to alcohol.”

“Alcohol is so central to human culture,” adds Patrick McGovern, scientific director of the Biomolecular Archaeology Project for Cuisine, Fermented Beverages, and Health at the University of Pennsylvania Museum in Philadelphia and author of Uncorking the Past: The Quest for Wine, Beer, and Other Alcoholic Beverages. “It still is a prime part of human existence.”