Once thought to be silent, fish turn out to produce a range of vocalizations—so polluting the oceans with noise could pose a danger to them.

ABOVE: Fish in the Haemulidae family are known as grunts for the sounds they make by grinding their teeth. © ISTOCK.COM, Laurent Olivier

Whales are famous for their songs, but fish are often thought to be silent. Indeed, noise-making fish have historically been considered so unusual that whole families have been named for the sounds they produce. Fish like the Atlantic croaker (Micropogonias undulatus), part of the drum family of fishes (Sciaenidae), make sound by vibrating specialized muscles against their swim bladders. The grunts (family Haemulidae), meanwhile, rub their pharyngeal teeth together, using their swim bladders as amplifiers. Although the sounds are produced by different mechanisms, researchers characterize them all as vocalizations because the same neural circuits that govern vocalization in other vertebrates regulate sound production in fish. 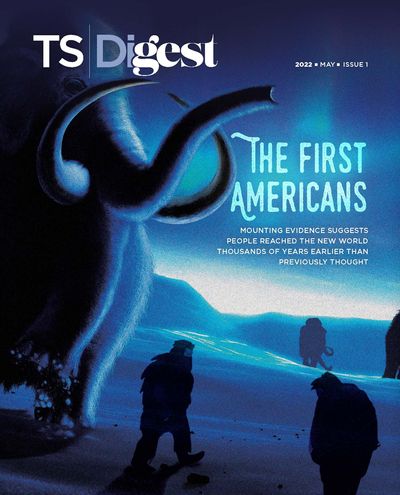 Aaron Rice of Cornell University got hooked on the idea of fish sound production back in grad school in the early 2000s. Scientists at the time knew that some fish could and did make sounds, Rice says, but little was known about how or why they did it and the behavior was not appreciated as widespread. “As a grad student, the idea of getting into a field where there was so much to learn, even at a basic discovery level, was exciting to me,” he tells The Scientist.

See “Fish Use a Variety of Sounds to Communicate”

Although there aren’t many, reports of fish sounds go back a long way. In his 4th-century work Historia Animalium, Aristotle writes: “Fishes can produce no voice, for they have no lungs, nor windpipe and pharynx; but they emit certain inarticulate sounds and squeaks.” Later studies emerged sporadically in Europe during the Enlightenment. World War II proved pivotal, with the widespread use of submarines exposing sailors to more underwater sounds than ever before and helping to advance hydrophone technology. From 1950 to 1970, marine biologist Marie Fish and engineer William Mowbray used hydrophones to listen to 220 species of fish, eventually compiling sound recordings from 153 of them, including the haddock (Melanogrammus aeglefinus), black drum (Pogonias cromis), and bluestriped grunt (Haemulon sciurus), among others.

These days, Rice says, hydrophones are cheap and powerful, making large-scale underwater eavesdropping possible. Still, most underwater acoustic research focuses on whales and other cetaceans, and many questions about fish vocalizations remain unanswered. While fish appear to use sound for the same purposes that other vertebrates do—typically to attract mates or chase away competitors—it was unclear how common the phenomenon is.

NOT SO SILENT: Croakers (family Sciaenidae) vocalize by vibrating muscles against their swim bladders.
© ISTOCK.COM, pungem

To find out, Rice recently set out to do a large-scale survey of published research on sound production in ray-finned fishes, or actinopterygians, which represent more than half of all vertebrate species. “Working with a [clade] with 34,000 species is a massive undertaking,” he says. So the researchers went with a family-level analysis, rather than a species-level one, relying on a recent phylogeny of extant ray-finned fish families, which number in the hundreds.

Combing the literature, Rice and colleagues turned up reams of accounts of actinopterygian sound production. Combining this with analyses of fish morphology allowed the researchers to predict new candidates for sound production, based on morphological characteristics in fish families and evolutionary relationships with known sound-producing fishes, while bioinformatics approaches probed when and how often the phenomenon had evolved in the clade.

Their analysis, published earlier this year, suggests that two-thirds of all actinopterygian species belong to families that contain at least one sound-producing fish, and that vocalization has independently evolved 33 times across the clade. That’s a lot more than in some other taxa. Among terrestrial vertebrates, for example, research indicates that vocalization has evolved just once in each of the six major clades.

Vocalization therefore appears to be both widespread and highly important in fish, says Rice. If it had arisen just once, he explains, researchers might have thought it was simply an evolutionary holdover from a common ancestor. The fact that it evolved multiple times across families and geographies suggests that it serves an important adaptive function for many different kinds of fish in many different contexts.

Washington State University neuroscientist Allison Coffin says the paper is a “tour de force” and a “really comprehensive evolutionary study.” She adds that it fills a gap in existing research. Figuratively speaking, where many studies to date have been an inch wide and a mile deep, focusing on one or a few species, this study is an inch deep and a mile wide, she explains.

The study also suggests that researchers could study vocalization behaviors in many more species than they have until now, Coffin adds. Her research is focused on fish hearing, and some of her lab’s work has found that female midshipman fish (genus Porichthys) are better able to hear male calls thanks to the growth of additional specialized hair cells during the breeding season. Fish in closely related genera don’t show this trait, Coffin says. But after reading Rice’s argument that sound production itself evolved independently so many times, she wonders: “Could seasonal changes in sound reception have evolved independently multiple times as well?”

Kieran Cox, a postdoctoral fellow at Simon Fraser University in British Columbia, says the study provides a strong foundation for future work. Cox, whose own work focuses on incorporating bioacoustics, particularly among fish, into conservation efforts in marine ecosystems off the coast of Canada, is working on a species-level analysis of sound production in fish that he says builds on the family-level work done by Rice and his coauthors. Before the study by Rice and his colleagues helped identify families likely to contain vocalizing fish, trying to categorize sound production at a species level was simply too big a job. “Soniferous fishes, to some extent in their current prevalence, are a needle in a haystack,” he says. The Cornell team’s paper breaks up a 34,000-strand haystack into many smaller ones.

The work should also be a reminder of what Cox calls the single largest form of unregulated pollution in the world’s oceans: noise. He’s part of the team that launched the open source FishSounds website, a global inventory of fish sounds and research. Human-made soundscapes could have a big impact on fish behavior, he says—for example, noise pollution that keeps animals from hearing potential mates could impact the reproductive success of that population. If it turns out that many species of fish are relying on noise for mating or other behaviors, the ramifications could be substantial. “Fish that produce noise aren’t doing so in isolation,” Cox says. “They’re interacting with habitat, other fish, other noises, [and] changing soundscapes.”