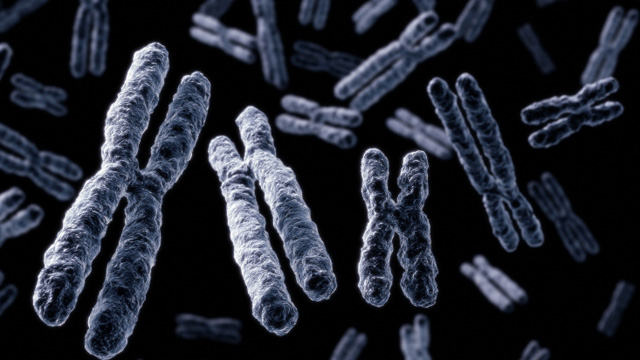 Telomeres are protective lengths of repetitive DNA at the end of chromosomes that shorten with each cell division. When a single telomere gets down to a critical length, it triggers a damage response that causes the cell to become quiescent. If enough cells in a tissue become quiescent or go into apoptosis, then the tissue suffers functionally—the main symptom of aging. Altering the shortening of telomeres could be a way of slowing down the overall aging process. Ronald DePinho and colleagues at the Dana-Farber Cancer Institute have shown that reactivation of endogenous telomerase in adult mice extends telomeres, reversing tissue atrophy (Nature, 469:102-6, 2011).

The Scientist: Is reactivating telomerase a potential way to increase human life span?

Preston Estep: Telomere attrition is not the only cause of senescence overall—that will vary from individual to individual. One process will be limiting in...

TS: These experiments used mice with defective telomeres. How does the work apply to “normal” telomeres?

PE: Telomere biology contributes to senescence probably in the most mitotically active tissues, where you need a lot of cellular replacement and you have active proliferation and cellular turnover. It’s not clear that telomere biology contributes so much to senescence, for example, in mature neurons. Telomere attrition is probably most critical in highly proliferative tissues, where if a substantial fraction of the cells in that tissue become quiescent and can’t be replaced, then function declines substantially and the organ can’t overcome all that dysfunction.

TS: What are the prospects for reducing the effects of aging in humans?

PE: Lab strains of mice have unnaturally long telomeres. They are up to 50kb. Extralong telomeres in lab strains of mice have presented a problem for interpreting experiments in these mice. Many people think that experiments using these strains of mice are suspect, and I agree. But, I think telomere attrition is almost certainly one cause—and possibly a primary cause—of senescence, so the prospects for remediating at least some aspects of senescence are excellent, but it won’t be simple and easy. There need to be large-scale efforts to translate these findings into human diagnostics and therapies.

TS: If old cells and tissues can be induced to regenerate, proliferate, roll back to a younger phenotype, are they not also at more risk of turning cancerous?

PE: I don’t think it’s clearly known at this point what the risks are. They didn’t show data in the DePinho paper, but they did say that the treated mice didn’t develop cancer at a higher rate than control mice. That’s a really, really good preliminary result. They provide an important model for what might be achieved with human therapeutics—so even if telomerase elongation does raise the risk of cancer in mice, or in people, if they’re alive at an age they wouldn’t have been otherwise, it’s still a good outcome. Cancer incidence and mortality are more clearly associated with short telomeres, and the same is true of heart disease and many other age-related ailments. I think people who are taking a telomerase activator should be aware of potential risks, but we don’t know what those risks are. We do know that short telomeres seem to be more of a clear risk than long telomeres. I think most experts in this area have a sort of Goldilocks idea of telomeres in cancer: too short is definitely bad, too long might be bad, and intermediate length is probably the safest.

F1000 Member Preston Estep is the Chief Scientific Officer of TeloMe Inc. He invented several telomere-related technologies including telomere measurement and subtelomeric DNA sequencing technologies. You can read his F1000 evaluation of the paper.