There are approximately 5.6 million people over the age of 65 living with Alzheimer’s disease in the United States. With the population aging, that number is projected to grow to 7.1 million by 2025. Researchers know that age, a family history of the disease, and carrying a genetic variant known as APOE4 are all associated with a higher chance of developing the condition. But the biological mechanisms leading to Alzheimer’s are still largely a mystery.

Over the last decade, scientists have amassed evidence for a hypothesis that, prior to developing full-blown Alzheimer’s disease, patients experience a period of hyperactivity and hyperconnectivity in the brain. Several functional magnetic resonance imaging studies have reported that people with mild cognitive impairment (MCI), a condition that often precedes Alzheimer’s, appear to have higher brain activity levels than their age-matched counterparts. Researchers have also found signs of such changes in healthy people carrying the APOE4 allele, as well as in presymptomatic stages of Alzheimer’s in rodent models of the disease.

In rodents, researchers have found that hyperactivity can increase the production and spread of amyloid-ß.

Krishna Singh, a physicist and imaging neuroscientist at the Cardiff University Brain Research Imaging Center (CUBRIC) in the UK, and his colleagues wanted to investigate this theory further. Previous studies of brain activity in young APOE4 carriers were mostly conducted using small sample sizes, according to Singh. But by the mid-2010s, his team had access to neuroimaging data from close to 200 participants studied at CUBRIC as part of an effort to build a massive dataset of healthy brains. So the researchers decided to use the data to search for signs of unusual brain activity and connectivity in people with the APOE4 allele.

Using magnetoencephalography (MEG), a neuroimaging technique that records the magnetic fields generated by electrical activity in the brain, Singh and his colleagues had measured resting-state brain activity in a group of 183 healthy adults, which included 51 individuals who carried at least one copy of APOE4. The average age of the participants was 24 years old, although ages ranged from 18 to 65 years old. 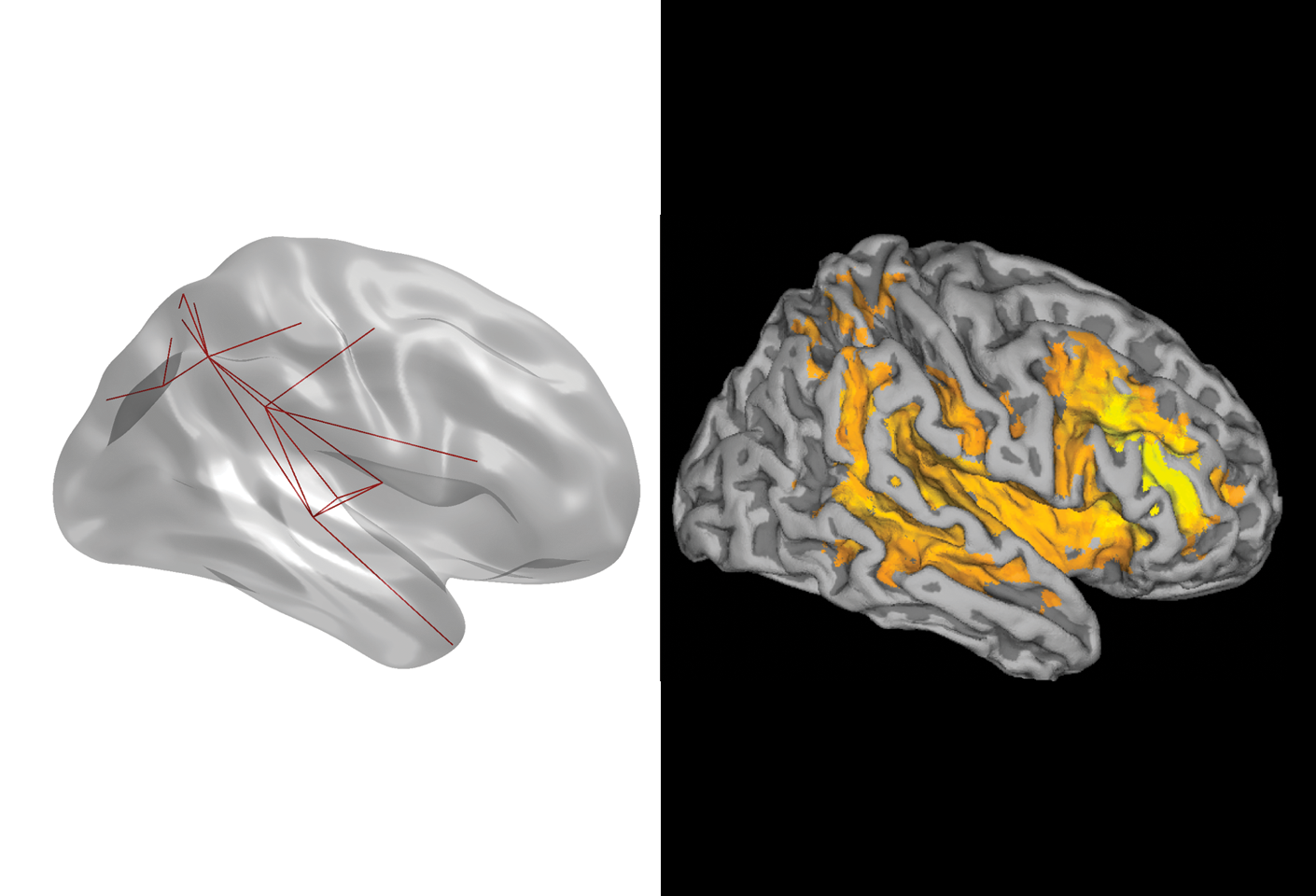 Young carriers of the APOE4 allele have brains that are more connected (left, red lines illustrate connections between brain areas) and active (right, yellow indicates activity) than the brains of those without the allele.
Krishna Singh, eLife, 8:e36011, 2019.

Analysis of the imaging data revealed that, compared with controls, young APOE4 carriers displayed greater activity in several regions in the right side of the brain, including parts of what’s known as the default mode network, which is active when a person is not focused on a specific task. A similar set of brain regions also showed an overall increase in connectivity.

The researchers next compared the results to brain activity and connectivity data from a previous neuro­imaging study they had conducted, which found that elderly people with early-stage Alzheimer’s disease had decreased neuronal activity and connectivity compared with that of age-matched controls. The network of brain areas that displayed increased connectivity in young APOE4 carriers, the team found, partially overlapped with the brain regions that exhibited a decrease in connectivity in people with early-stage Alzheimer’s. These findings are intriguing, Singh says, because they suggest that brain areas that end up getting impaired in Alzheimer’s may be highly active and connected early in life—long before symptoms of the disease appear.

“This study adds further evidence that hyperactivity and hyperconnectivity may play an influential role in Alzheimer’s disease,” says Tal Nuriel, a professor of pathology and cell biology at the Columbia University Medical Center who wasn’t involved in the work. Because this was an observational study, the findings can only establish a correlation between brain activity and Alzheimer’s, Nuriel adds, so it’s still unclear whether the hyperactivity and hyperconnectivity observed during the early stages of the disease are a cause or a consequence of pathological changes that lead to neurodegeneration.

Scientists used to think that increased activity was simply a compensatory effect—the brain trying to make up for a loss of neurons and synapses, says Willem de Haan, a neurologist at the Amsterdam University Medical Center who was not involved in the latest study. “But I think there’s overwhelming evidence that this may actually be pathological hyperactivity.”

Much of that evidence comes from animal experiments conducted over the last decade or so. In rodents, researchers have found that hyperactivity can increase the production and spread of amyloid-ß, the peptide that accumulates into plaques found in the brains of people with Alzheimer’s—and that amyloid-ß can in turn induce neuronal hyperactivity. These findings have led some scientists to speculate that there might be a self-amplifying loop, where a progressive hyperactivity and build-up of amyloid-ß drives pathological changes associated with the neurodegenerative disease.

This study adds further evidence that hyperactivity and hyperconnec­tivity may play an influential role in Alzheimer’s disease.

Research in humans also supports the idea that hyperactivity could play a causal role in Alzheimer’s disease. In 2012, researchers at Johns Hopkins University treated individuals with MCI with the anti-epileptic drug levetiracetam and found that the therapy suppressed activity in the hippocampus and led to improved memory performance. The team is currently testing levetiracetam for MCI in clinical trials. “I think this is one of the most interesting results,” says de Haan. “It seems to show that by correcting hyperactivity we can actually find some improvements in patients that might point to a completely new type of therapy for [Alzheimer’s disease].”

For the current study, Singh’s team also trained a machine-learning algorithm to distinguish APOE4 carriers from non-carriers based on their MEG data and tested whether it would be able to predict cases of Alzheimer’s. They found that while the program was able to perform above chance, the effect was not significant. “In a way, that was kind of encouraging,” Singh says. “Because I don’t think anybody would predict that we could find a signature [for Alzheimer’s] in 20- and 30-year-olds.”

For now, Singh says, his team’s findings simply shed light on what might be going on in the brains of people with the APOE4 allele. There are still a number of unanswered questions—such as when the transition from hyper- to hypoconnectivity and activity happens, what changes occur in the largely understudied middle-aged cohort, and whether there are differences between APOE4 carriers who go on to develop Alzheimer’s and those who don’t. Ultimately, to understand how disruptions in neuronal activity lead to behavioral and cognitive deficits, scientists need to decipher what’s going on inside a healthy brain, Singh says. “[We] require a model of how the brain works—and those are still in their infancy.” 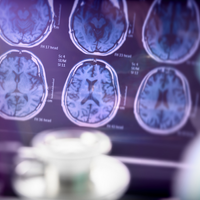 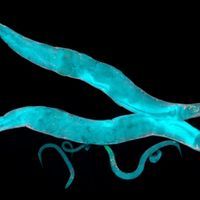