Alan McElligott, an animal behavior researcher at the University of Roehampton in the UK, continues to be impressed by goats. Since he started studying the charismatic ungulates a decade ago, he’s found that mothers remember the calls of their kids several months after they’ve been separated, and that goats can solve a two-step puzzle box akin to those typically used in primate research—and remember how to do it a year later.

Now his team has found that goats at the Buttercups Sanctuary in Kent, UK, can distinguish between happy and angry human expressions. “Given some of the other things that we’ve found out about goats, I guess we shouldn’t really be that surprised,” says McElligott, who’s hoping to improve welfare guidelines for the animals by revealing their smart and social nature.

McElligott’s experiment was simple. Working with 20 goats at the sanctuary, he and...

With the findings, goats join the ranks of dogs and horses, two other species known to show similarly subtle responses to human facial expressions. Not only can dogs distinguish between happy and angry faces (Curr Biol, 25:P601–05, 2015), but they can match the emotional tone of a voice with the emotion being expressed in an image of a human face (Biol Lett, 12:20150883, 2016). And a study in April found that horses, first shown in 2016 to distinguish between happy and angry faces (Biol Lett, 12:20150907), remembered the expressions they’d seen earlier in the day when exposed to the same person (Curr Biol, 28:P1428–32.E4, 2018). “There’s been lots of scientific research in other ways dogs and horses can pick up on human body language,” says Leanne Proops, an animal behavior researcher at the University of Portsmouth in the UK and a coauthor on the horse studies.

The goats did seem to take the time to have a look at these photographs.

Why these animals should discern humans’ emotional expressions is unknown. One possibility is that domestication has shaped the ability. Dogs and horses have been bred as companions of our species for thousands of years. According to Jérôme Micheletta, an animal behaviorist at the University of Portsmouth who was not involved in the studies, goats too have a history with humans. “They were not selected for being friendly or being particularly responsive to human signals,” he says, “but that doesn’t mean [their domestication] didn’t have an effect on their ability to understand human signals.”

Still, without research on wild animals, or on young individuals that have had limited interactions with humans, “it’s very difficult to say” whether domestication is a prerequisite for recognizing human expressions and other emotional signals, Proops says. “The other option is that it’s not domestication; it’s just something about dogs or something about horses, whether they’re wild or domestic, that makes them good at this sort of ability, and that’s maybe why they got domesticated. . . . It would be good to do some follow-up studies that get at that.” 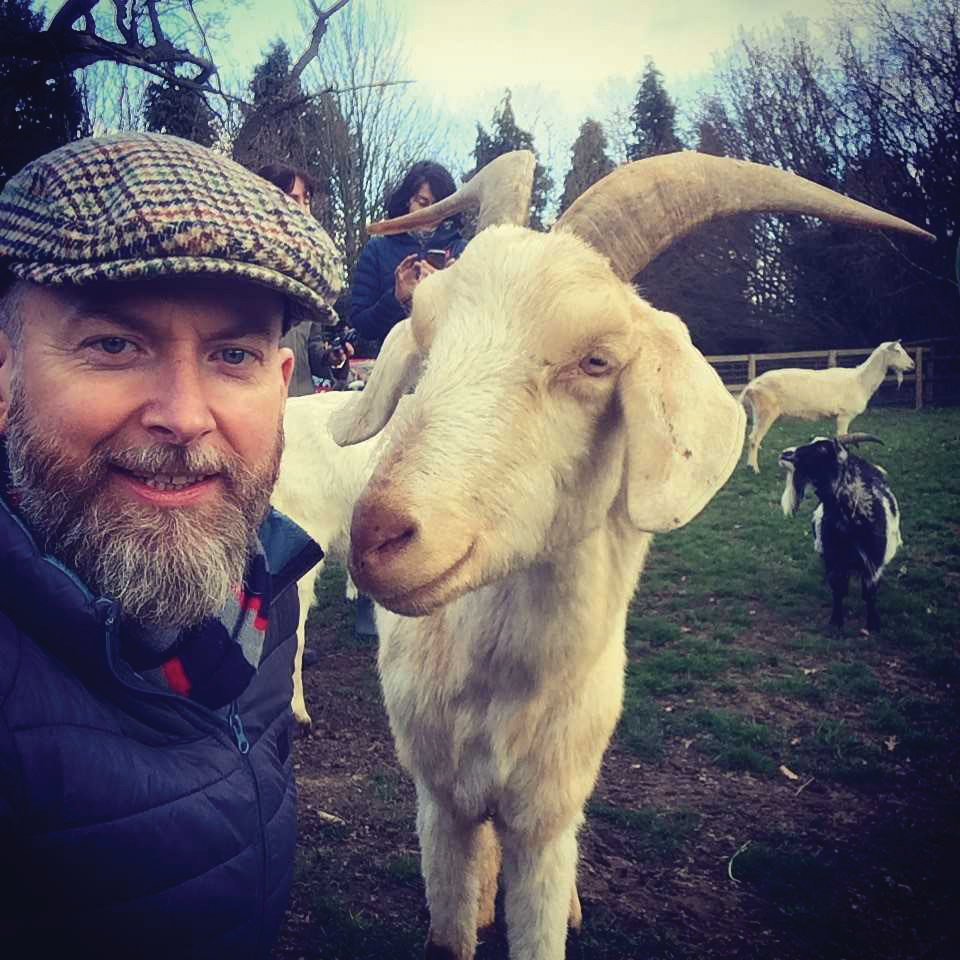 Also unclear is the extent to which animals are capable of understanding human emotional expressions more deeply. “They can discriminate between whether we’re happy or angry in facial expressions, but the extent to which they actually have some sort of empathy is a big question that remains,” Proops says. “We’re only just starting to delve into recognition of emotions in animals.”

When it comes to goats, research into these questions could have implications for the animals’ treatment. Specifically, Micheletta wants to know how goats react to photos of different emotional expressions. “What would be interesting to find out is what kind of effect these facial expressions have on their behavior and their physiology,” he says. “We could imagine that if they were confronted [with] angry farmers or workers, then potentially they would be more stressed, and that perhaps would have negative implications in terms of welfare and productivity.”

Even without these answers, McElligott is hopeful that the demonstration of goats’ emotional intelligence will be enough to start improving welfare guidelines. “Generally there is a widespread public perception of livestock . . . as being not particularly clever,” he says. This mentality has contributed to the transport of live cattle, sheep, and goats between far-flung regions of the world, McElligott says, with the animals being kept in cramped conditions on ships for weeks at a time. “Ultimately our overall goal is to improve perceptions of these species so that people really understand the behaviors . . . and therefore might actually treat them a bit better.”