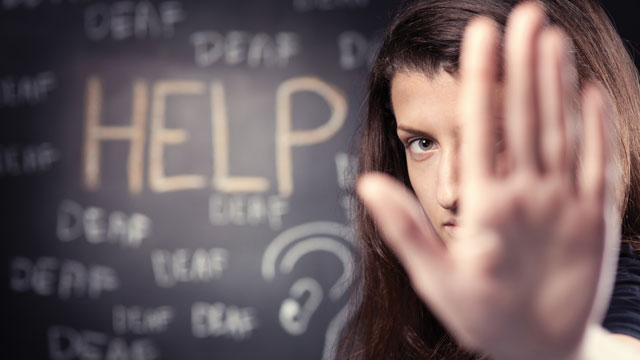 Dominic Pisano hadn’t even arrived on campus to start his freshman year at Johns Hopkins University when he got his first email from biomedical engineer Tilak Ratnanather. He had heard Pisano was deaf and wanted to meet with him. Ratnanather, who has been deaf since birth, showed up for the meeting accompanied by a second deaf student who would later become a doctor. “He was, like: ‘Here’s my deaf army,’” Pisano recalls.

Soon, Pisano, a soccer enthusiast from Ohio, was interpreting magnetic resonance imaging (MRI) in Ratnanather’s department. When Pisano decided he wanted to go to medical school, Ratnanather was ready to introduce him to his wide network of friends in the otolaryngology department at Hopkins. Pisano assisted in MRI research at Hopkins for a year before attending Tufts University School of Medicine in Boston.

It was this kind of service that won Ratnanather the Presidential Award for Excellence in Science, Mathematics, and Engineering Mentoring this past March. Over the years, Ratnanather has lobbied for better resources for deaf attendees at conferences, organized annual dinners for deaf researchers, helped award scholarships to hearing-impaired students through the Alexander Graham Bell Association for the Deaf and Hard of Hearing (AG Bell), and mentored more than a dozen hearing-impaired students.

“He’s by nature the most gregarious and extroverted individual,” says Howard Francis, a professor of otolaryngology at Hopkins who has known Ratnanather for 23 years. “He has a sense of mission and is committed to making it possible for others to achieve what he has achieved.”

I’ll be honest with you, if it weren’t for Tilak I probably wouldn’t have gone to medical school.

“A lot of people have a hard time understanding him [due to his deafness-related difficulties with speech],” says Pisano, “but despite that, they still enjoy his company, and they want to be connected with him.”

Ratnanather was born in 1963 in Sri Lanka with profound hearing loss of unknown origin. His family moved to London when he was 18 months old, and he grew up wearing hearing aids and attending the Mary Hare School for Deaf Children.
Ratnanather’s parents, a pediatrician and a computer systems programmer, had high hopes for their son. “My father and I would talk about mathematics and would go through some problems at home,” he says. “I had an aptitude, and then, of course, I would go to the science museum and learn about famous mathematicians.”

Ratnanather enrolled at University College London, where he met mathematician Keith Stewartson, who immediately made the young undergrad comfortable about his hearing loss and the assistive technologies he needed to use in the classroom. “I knew he would make my life easy,” says Ratnanather. “I didn’t have to worry about my deafness.”

Tragically, Stewartson died suddenly at the end of Ratnanather’s first year at university. But the young student forged ahead, and after doing some reading about Stewartson’s research on fluid dynamics, Ratnanather went on to study the subject in graduate school at the University of Oxford, receiving his DPhil in mathematics in 1989.

Up until that point, Ratnanather had only had occasional opportunities to learn about an area near to his heart: hearing research. This changed after he attended a research symposium at the 1990 AG Bell Convention in Washington, D.C. Fascinated by the work of William Brownell, Ratnanather approached the Johns Hopkins researcher after Brownell had given a talk about outer hair cell electromotility—the process by which these sensory cells shorten or lengthen in response to electrical impulses.

When outer hair cells change shape, they transmit mechanical force to the cochlea, amplifying the ear’s sensitivity to soft sounds at specific frequencies. Forces transmitted through pressurized fluids in outer hair cells make electromotility possible, explains Brownell, who is now at Baylor College of Medicine in Houston, Texas. He needed someone who could model the dynamics of fluid within these tiny spaces. “Tilak had the computational tools to begin to study this,” Brownell says.

Ratnanather began a postdoc in Brownell’s lab in 1991. During his postdoc, he realized he could bestow upon students the confidence his mentors fostered in him. The Internet helped him reach out to other deaf people through newsgroups. Lina Reiss, who had severe hearing loss by age two, first met Ratnanather when she was an undergraduate at Princeton University and he replied to an online post in which she introduced herself to one of these newsgroups.

The daughter of two PhDs, Reiss had always known that she wanted to go into the sciences. But she was not sure what career would be possible with her hearing loss. “I didn’t have any role models of what it was like to be a deaf faculty member,” she recalls. “Until I met [Tilak and some of his deaf friends], I couldn’t imagine becoming a professor.”

Ratnanather helped get Reiss a summer internship in the hearing-research lab of a colleague at Johns Hopkins, where she studied how neurons in the brain stem encode and process sound. Enthralled with the research, she went on to do her PhD in biomedical engineering in the same lab. She is now an assistant professor at Oregon Health & Science University in Portland researching how hearing loss, hearing aids, and cochlear implants influence the way people perceive sound.

Ratnanather now primarily does brain-mapping research focused on understanding how brain structures are altered in people with diseases such as schizophrenia, Alzheimer’s, and bipolar disorder. But hearing science continues to influence his work. He has published several recent studies on fluid dynamics and hair cell function and has upcoming papers on imaging the auditory regions of the brain in deaf adults and babies.

And, spurred partly by his own cochlear implant surgery in 2012, Ratnanather has created an app for adults learning how to hear following the surgery. Called Speech Banana, the app is named after the banana-shaped region in an audiogram that contains human speech.

More than just providing professional connections, Ratnanather has influenced how his former students navigate the world. Being deaf can make it scary to think outside the box or challenge opinions, Pisano says.  Ratnanather encourages his mentees to keep an open mind and engage with others—hearing and nonhearing alike. “That helped shape my mentality about life in general today,” Pisano says.