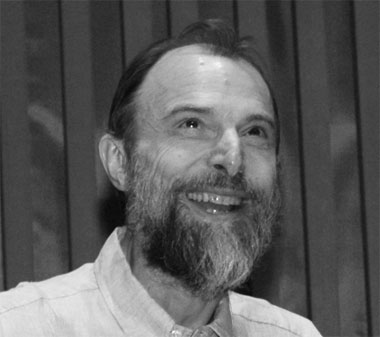 Sexual reproduction yields offspring with two copies of the same gene, one from each parent; but in an epigenetic phenomenon known as genomic imprinting, only one copy of certain genes is turned on or off, depending on which parent contributed it. Imprinted genes are stamped by patterns of DNA methylation or histone modification during gamete formation, and their activation or inactivation is then passed on to offspring. Previously, approximately 100 genes were thought to be imprinted in mammals. But Rutgers University molecular biologist and F1000 Member Joachim Messing, discusses a recent paper that found many more imprinted genes in mammals, suggesting this may be a major form of epigenetic regulation (Science, 329:643-48, 2010).

The Scientist: What’s an evolutionary justification for the parental bias in gene expression encoded by genomic imprinting?

Joachim Messing: The genes that were initially discovered to be imprinted in mammals were those that had...

TS: Catherine Dulac of Harvard University and colleagues identified a whopping 1,300 imprinted genes representing a wide range of functions in the mouse brain. How does this discovery change our understanding of genomic imprinting?

JM: That was something that I think most of us didn’t expect. They discovered that there are not just a handful of genes that might play a role in growth—there are more than a thousand genes that are implicated in parental imprinting. So it may have nothing to do with this conflict theory. The wide array of genes that develop this way may only argue for the evolution of sexual reproduction as something essential. Imprinting selects for sexual reproduction by requiring an offspring to inherit genetic information from two individuals in order to have a functional gene set. The consequence of that is that you also get genetic exchange through the recombination of homologous chromosomes, so that all the variation in gene function that is manifested over the years in a population is exchanged and creates new variants. In mammals this is the only way of creating diversity.

JM: The greatest diversity that we need in terms of gene expression is probably in the brain because the brain has the most complex function of all organs. Because each offspring can have such a unique combination of abilities, there must be a mechanism by which you can create this diversity during development. What I find very interesting is the hypothesis that diversity is created through another well-known mechanism known as transposition, in which mobile DNA sequences are integrated into other genes, potentially creating mutations. So you get a fine-tuning of what you want to achieve in terms of the interplay of different proteins in the brain. I found it very intriguing that there is this differential activation or mobilization of transposable elements in the brain, which itself is also epigenetically regulated. What applies to transposable elements certainly would fit here with the finding that imprinted genes are affecting function in the brain.

TS: How do defects in genomic imprinting contribute to human diseases, such as Prader-Willi and Angelman syndromes?

JM: A diploid genome has the advantage of usually having a backup for every gene copy. But that’s not true for imprinted genes. If you have a mutation in the copy that is working, there is no compensation from the silenced copy on the other chromosome, and that makes you very vulnerable.

F1000 Member Joachim Messing’s lab studies plant genes that regulate nitrogen and amino acid storage in the seed. You can access his F1000 evaluation of the paper here.