ABOVE: Children in Keneba, The Gambia, including this hours-old baby, are part of a long-term investigation into the epigenetics of nutrition and health.
FELICIA WEBB

Summertime in The Gambia, a tiny West African country of rivers, salt flats, and baobab trees, means the start of the rainy season. “Everything is turning green,” says nutrition scientist Andrew Prentice over the phone from his home in the rural village of Keneba. “It’s gorgeous.” Prentice leads the UK’s Medical Research Council International Nutrition Group station in Keneba, about three hours’ drive from the main MRC unit in Fajara, near the coast.

For the subsistence farmers in Keneba, the rainy season is also the hungry season; stores of last year’s harvest run low, and the next round of crops is just being planted. The cyclical nature of the villagers’ nutrition has provided what Prentice calls an “experiment of nature” that he and his...

For 80 years, researchers have studied the residents of Keneba, documenting everything from basic demographics such as birth dates to, in recent years, gene methylation patterns. Two decades ago, Prentice’s team made a remarkable discovery in this community: the time of year when study subjects were born was a strong predictor of their risk of dying in young adulthood. Specifically, people born during the hungry season are much more likely to die during their 20s, 30s, or 40s than those born in the harvest months (Nature, 388:434, 1997). Ever since then, Prentice has been trying to figure out the biology underlying this phenomenon. What is this memory from early life that rears its head years later to make people more or less likely to die?

Fast forward a decade, zoom across the globe to a bar in Cleveland, pour a few beers, and a lead in this investigation emerges. Rob Waterland, a geneticist at Baylor College of Medicine and a friend of Prentice, is well-regarded for work he did as a postdoc in epigeneticist Randy Jirtle’s lab, then at Duke University. Waterland showed that a mother mouse’s diet during pregnancy influences the colors of her pups’ coats via the methylation of a particular gene (Mol Cell Biol, 23:5293–5300, 2003). “That was the first time that had ever been shown,” says Waterland. “A transient nutritional stimulus during a critical period of development could form a permanent phenotypic change by an epigenetic mechanism.”

Conception at times of low food abundance was linked with higher methylation.

Loci that possess this type of individual-specific epigenetic marking that occurs early in development, is present in all tissues, and lasts for a lifetime are called metastable epialleles. (Epigenetic marks are more commonly thought of as specific to certain cell types.) Since his mouse work, Waterland has been on the hunt for metastable epialleles in humans to figure out their roles in phenotypic variation. He likens the search to an archeological dig, with these epigenetic marks acting as fossils representing the time before gastrulation.

So when Prentice and Waterland met at that bar in Ohio, they decided to blend their interests in metastable epialleles and early-life nutrition. “We said, ‘Let’s test this in humans,’” recalls Prentice. “And the experiment of nature we have here seemed the prime way of doing it.”

Using blood samples from 25 Gambian children born in the rainy and dry seasons during the 1990s, Prentice, Waterland, and colleagues examined methylation patterns at five sites in the genome thought to be metastable epialleles based on a separate genomic screen they had done in Caucasian adults. They found that children conceived during the rainy season had greater methylation levels than those conceived during the dry season (PLOS Genet, 6:e1001252). In other words, conception at times of low food abundance was linked with higher methylation. Following up in 2014, the researchers provided evidence that it wasn’t the abundance of food per se, but the mothers’ nutritional status, as gleaned from blood biomarkers, that correlated with children’s DNA methylation at metastable epialleles (Nat Commun, 5:3746). “Then comes the so-what question,” says Prentice. “What do these genes do? Does it really matter at all?”

The researchers began probing the human genome to identify more metastable epialleles. In 2015, they pinned down a tumor suppressor, VTRNA2-1, the methylation of which is tied to season of conception (Genome Biol, 16:118); a year later, they showed the same for POMC, a gene whose methylation patterns are related to an individual’s body mass index (Cell Metab, 24:P502–09, 2016).

Along the way, they’ve come across numerous other sites in the human genome that appear to be metastable epialleles. In the group’s most recent study, published this past summer in Science Advances (4:eeat2624), the researchers identified 687 candidate metastable epialleles—and that’s still likely an incomplete list. In unpublished work, they carried out an unbiased screen of methylomes from 10 individuals and found a “treasure trove” of metastable epialleles, says Waterland. 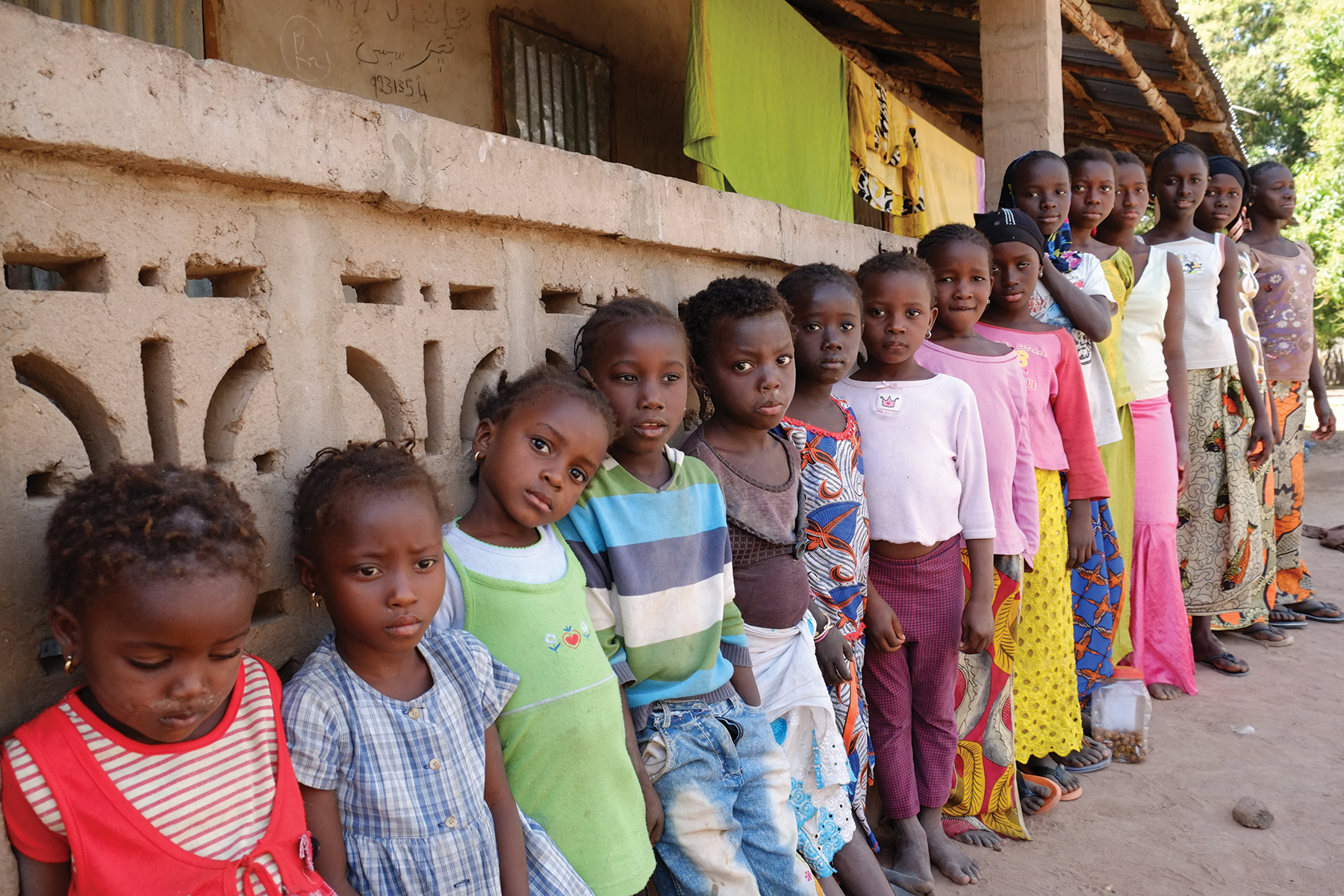 Some of these girls from The Gambia are part of a long-term study into nutrition and health by researchers at the MRC International Nutrition Group.
FELICIA WEBB

The study from this year used data from an analysis of embryos generated by IVF, confirming in humans that these sites indeed form a record of our earliest days. The same loci that have methylation variation between individuals and consistency across tissues in adults also have these characteristics in embryos. But still, the marks’ functional significance remains unclear. “It’s all speculation at this point,” says Doug Ruden, who studies epigenetics in development at Wayne State University School of Medicine. One attractive idea, according to Ruden, is that metastable epialleles might record environmental conditions for some potential benefit later in life.

Waterland suggests that metastable epialleles might not have a specific function in response to a specific stimulus, but rather exist for the sake of species diversity in the face of unpredictable future conditions. “We don’t see particular enrichments for genes associated with any types of disease, but we see genes that affect a wide range of phenotypes. . . . I really think there’s a possibility that epigenetic variation at metastable epialleles has an important role to play in determining risk of disease.”

For Dana Dolinoy, who studies epigenetics and nutrition at the University of Michigan School of Public Health, the work of Waterland, Prentice, and their group helps scientists navigate to the places in the genome where it’s most likely that in utero conditions influence development or later health. “Before, you didn’t know where to look,” she says. Now, investigators know where to dig.