Born of researchers’ frustration with not being able to contribute during the pandemic, Crowdfight COVID-19 has matched hundreds of SARS-CoV-2 projects with people who can help.

In mid-March, as businesses and universities across Europe were shutting down in a bid to slow the COVID-19 pandemic, three longtime friends were talking about how they wished they could do something to combat the disease. The three—animal behavior researchers Daniel Calovi of the Max Planck Institute for Animal Behaviour near Konstanz, Germany, Sara Arganda of Universidad Rey Juan Carlos in Madrid, and Alfonso Pérez-Escudero of the Research Center on Animal Cognition and Center for Integrative Biology in Toulouse—are not infectious disease researchers, but they wished there was some way to deploy their skills to aid research on SARS-CoV-2.

There should, they thought, be some means of matching researchers like them with scientists carrying out COVID-19 studies, even to perform humble tasks such as transcribing data. But a Google search didn’t turn anything up. So eventually, the three decided to set up a volunteer-matching service themselves, and hastily put together a website for it. Their expectations were not high. “We thought we were going to fail,” Arganda says, laughing. “Our goal was to at least help one person.”

Soon, however, forms from volunteers and requests from researchers studying the virus or the disease it causes were pouring in. The trio recruited other researchers they knew to help coordinate the matches, but they quickly found that a shared spreadsheet and email address weren’t up to the task, and instead switched over to a platform designed for handling customer service requests. About 47,000 people have volunteered through the site so far, and the project, known as Crowdfight COVID-19, has matched more than 100 requests with one or more volunteers.

It has given us the chance to contribute.

The breadth of request types has extended far beyond the mechanical tasks Pérez-Escudero initially envisioned, he says. Instead, many researchers file requests for volunteers with specialized skills, or access to certain reagents or types of data. “A surprising proportion of the requests actually end in collaboration . . . between the requestor and the volunteers,” he says.

One request for specialized skills came from Antonio Fernández Anta, a computer scientist at IMDEA Networks Institute in Madrid. He and his collaborators devised a survey—initially deployed in Spain and then a handful of other countries for which he and his collaborators could translate the survey into the local languages—to track the incidence of COVID-19 by having respondents report their location and how many people they knew who had the disease. When they decided to expand the survey to cover the whole world, they sought Crowdfight’s help with getting it translated into more languages, and with building a website. “It worked beautifully . . . we got it translated to more than 60 languages,” Fernández Anta says, and got help on the website as well. He’s planning to turn to Crowdfight for help again soon after he and his collaborators make some changes to the survey. 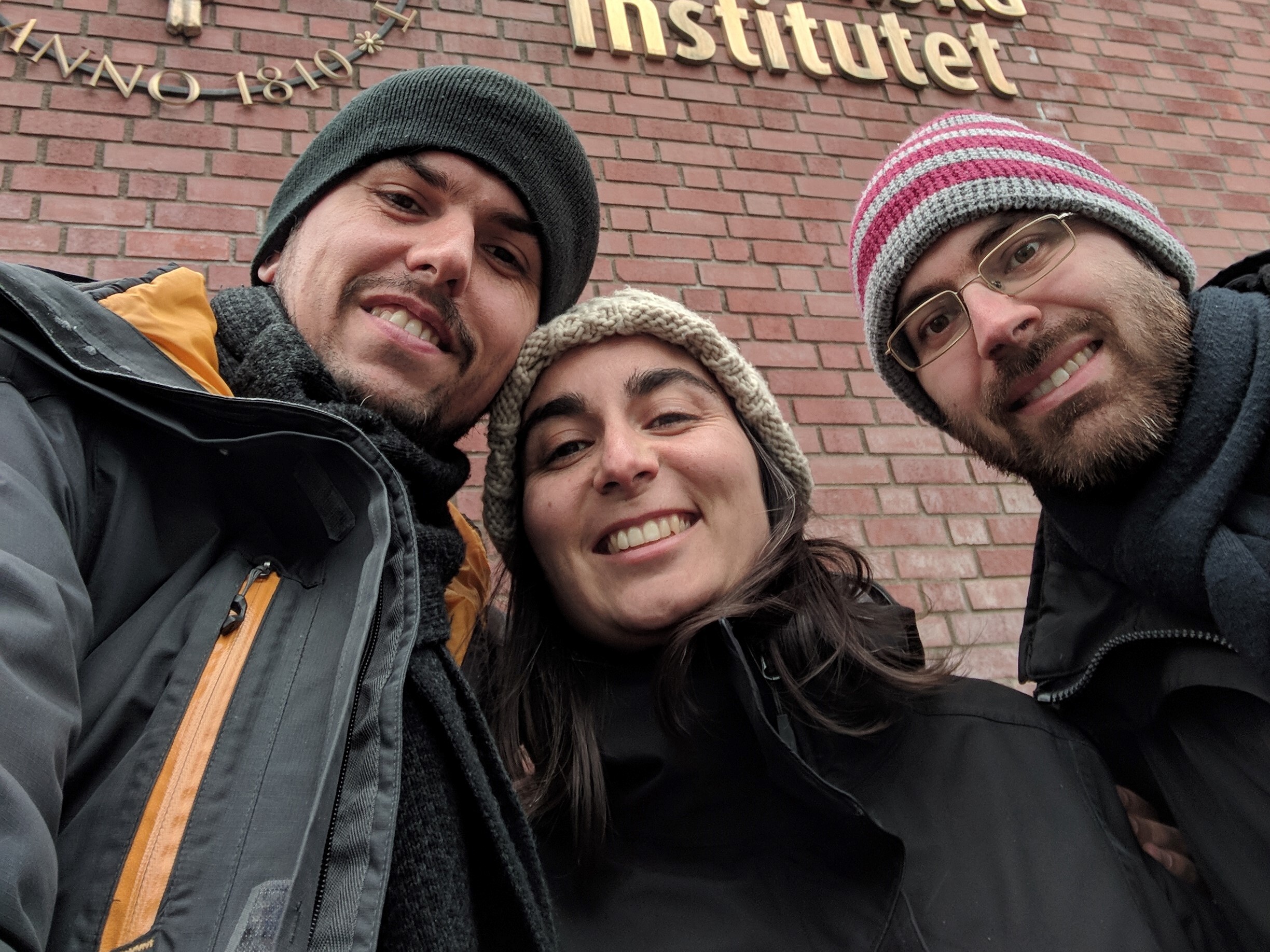 It’s gratifying to read the responses from requestors after they’re matched with volunteers, Pérez-Escudero says. “I think they make the request thinking that it’s going to be too hard, or maybe we don’t even exist,” he says, so they’re often pleasantly surprised to hear that a scientist volunteer has been found and is ready to help. Sometimes even Pérez-Escudero himself is surprised to be able to make a match, such as when Crowdfight was able to fulfill a request from a researcher seeking a Sydney-based expert in neutrophils with a lab with the biosafety rating BSL-3.

Tom Karagiannis, a diabetes researcher at Monash University in Australia, was also pleasantly surprised by the outcome of his request. When he asked in mid-March for supercomputing resources for a series of studies modeling binding sites on a SARS-CoV-2 protein and their interactions with potential antivirals, he didn’t have high expectations, he writes in an email to The Scientist. But Pérez-Escudero wrote back within hours, Karagiannis continues, and quickly connected him with the resources he needed.

Karagiannis says that he hopes Crowdfight COVID-19 can help again as he seeks collaborators to run assays on the antivirals. The project is “a very important service,” he says, “especially for labs like mine that are coming into the COVID-19 research domain, with relevant expertise but from different fields, with few contacts and little to no funding for COVID-19 research. It has given us the chance to contribute.”

It hasn’t been easy juggling the work required for Crowdfight COVID-19 while remotely continuing research for their own labs, Pérez-Escudero and Arganda say, but they have no plans to wind the project down. It recently won funding from the European Union, which the team plans to use to hire someone who can keep the platform going in the long term. They’re also experimenting with expanding the approach beyond COVID-19, Pérez-Escudero says. In research, he notes, symmetric collaborations are common, but “we very rarely do this thing of, I help you, and maybe tomorrow, someone else will help me. And we think that this is very powerful.”

This story is part of a series by The Scientist on how researchers around the world are pitching in to aid the effort against COVID-19.

Click through to find out about more projects that research teams in other countries are working on.