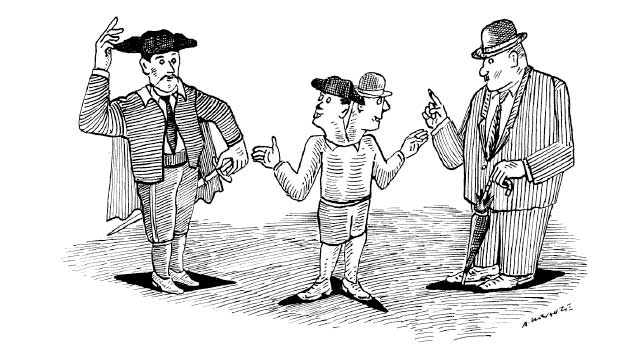 For years, doctors and teachers warned bilingual parents not to expose their young children to a second language, for fear they would suffer language confusion and language delays. New research is helping pediatricians and parents better understand the benefits of learning a second language, even for children who have yet to utter their first word.

University of Delaware speech-language pathologist Aquiles Iglesias has helped develop tests to measure whether bilingual children, raised in environments where English and Spanish are used, truly have language delays, or are simply limited in their exposure to English. Pinpointing the difference has long perplexed educators. Iglesias says research now shows conclusively that bilingualism does not cause a language delay in children (Am J Speech-Lan­guage Path, 23:574-86, 2014). “If you look at both languages simultaneously—like what we try to do in our assessment—then these kids are functioning fine,” he says. “If...

With the old theory of speech delay cast in doubt, scientists are uncovering previously underappreciated benefits of bilingualism: a host of neural and health benefits for bilingual adults, including improved ability to recover from stroke and an increased volume of gray matter (Cereb Cortex, doi:10.1093/cercor/bhv152, 2015). And recent research has suggested that the neural and cognitive advantages may start much earlier than adulthood, perhaps even in preverbal children exposed to more than one language.

One study, from Naja Ferjan Ramirez and colleagues at the University of Washington, found that 11-month-old babies who have yet to utter their first words but are exposed to bilingual family members exhibit stronger brain activity in areas related to executive function compared with babies raised in monolingual home environments.

Ferjan Ramirez says the babies were tested using a completely noninvasive and silent brain recording technique called MEG (magnetoencephalography), which maps brain activity by measuring magnetic changes in neural tissue. “We put them in this high chair, and we played language sounds for them. Some of these sounds were common to both Spanish and English, some were specific to Spanish and some were specific to English.”

In the bilingual babies we see stronger responses in the prefrontal and orbitofrontal cortex.—Naja Ferjan Ramirez,
University of Washington

Ferjan Ramirez says her results showed that the brains of the monolingual babies were specialized to process the sounds of English while the bilingual babies were trained to process the sounds of both languages equally (Dev Sci, doi:10.1111/desc.12427, 2016). “We looked across the entire brain surface to see where in the brain do these two groups differ. In the bilingual babies we see stronger responses in the prefrontal and orbitofrontal cortex. And these areas are known to be involved in executive functioning.”

Executive functioning is critical to real-life tasks including the ability to shift attention, to plan or juggle multiple tasks simultaneously, and to think more flexibly. Bilingual babies may therefore have a leg up in this era of constant technology and the temptation to be distracted or to multitask.

Ferjan Ramirez’s study was the first to use MEG to do whole-brain analyses comparing activity patterns in the brains of bilingual and monolingual babies in response to speech. The work indicates that young babies are practicing tasks related to executive function even before they can speak. Ferjan Ramirez says the results suggested that not only is second-language exposure good for children, but early childhood is an ideal time for them to learn.

Other research also points to the benefits of speaking two tongues. In the lab of Diane Poulin-Dubois at Concordia University in Montreal, Canada, 39 bilingual toddlers were compared with 43 monolingual toddlers when they were 24 months old and then again when the children were 31 months old. Cristina Crivello, a graduate student in Poulin-Dubois’s lab, says the bilingual toddlers performed better than the monolingual toddlers on tasks assessing selective attention and cognitive flexibility (J Exp Child Psych, 141:121-32, 2016). “Selective attention refers to focusing on relevant information while ignoring distracting information, and cognitive flexibility refers to the mental ability to switch between thinking about two different concepts,” Crivello says. That could have real-world consequences: a child with high selective-attention abilities could have an easier time reading a book in a noisy classroom, for example, she says.

Their results also showed that the more toddlers engaged in language switching—as indicated by an increase in doublets in their vocabulary (e.g., “dog” in English and “chien” in French)—over a seven-month period, the more benefits they accrued in mental flexibility.

To assess the children’s conflict-inhibition abilities, the study participants were asked to put little blocks in a little bucket and big blocks in a big bucket, then told to do the opposite. By performing this “reverse-categorization task,” the children were being forced to ignore certain conflicting information—namely the size of a block relative to the size of a bucket. That challenge of selection and inhibition, Crivello says, is similar to the choices a bilingual baby’s brain must make regularly. When a person speaks two languages, she explains, the dominant theory in the literature is that “when you’re using one of them, you’re inhibiting the other one because both languages are constantly activated.” That is especially true in cases where a word is more easily accessible in one language, but the brain must inhibit that impulse and instead reach for the word in the other language. Since bilingual kids are practiced at this form of inhibition, they tend to perform better on such tasks. The greater the overlap in a child’s two vocabularies, Crivello adds, the greater the inhibition that must take place, so the greater the cognitive benefits.