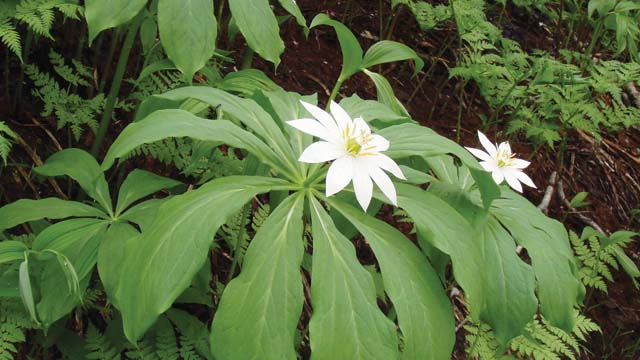 More than twelve percent of the world’s known plant species can be found on the manicured grounds of the Royal Botanic Gardens, Kew. Add 300 acres, 250 years of British history, nearly two million visitors annually, and greenhouses that resemble glass castles, and one can only imagine how overwhelmed Jaume Pellicer, a newly minted PhD originally from a village on Spain’s Mediterranean coast, felt when he arrived to work at Kew.

“This was shocking to me,” says Pellicer, who’s still perfecting his English, “like I was a tiny point in a new world.” Surrounded by a staff of 800, mostly plant specialists and scientists, Pellicer was more or less another anonymous technician, but in less than a year the 32-year-old had discovered the largest genome ever recorded. It was sitting in a flowerpot inside Kew’s Davies Alpine House....

For six months Pellicer had the tedious task of mincing countless leaves with a razor blade to extract DNA and measure genome sizes in the Melanthiaceae family, a group of flowering perennial herbs. His team at Kew was trying to learn exactly when in the plant family’s evolution genomes began to expand in size. After measuring a procession of 40 different species, Pellicer arrived at the Japanese canopy plant (Paris japonica), native to the mountains surrounding Nagano. From the outside it looked ordinary—an asterisk of deep-green leaves at whose center was a white flower. But inside its cells was a different story.

One summer afternoon, Pellicer hesitantly announced to his boss, plant geneticist Ilia Leitch, “I think we’ve got something that looks really, really big,” bigger than anything they’d ever seen. “Already, there was this sort of bubbling feeling,” Leitch recalls. Still doubtful, Pellicer repeated the flow cytometry measurement with three different calibration standards until he was sure.

From the outside it looked ordinary—an asterisk of deep-green leaves at whose center was a white flower. But inside its cells was a different story.

He found that the canopy plant genome had 150 billion base pairs—50 times as many as human DNA. If the DNA in a human cell were unraveled, it would stretch to two meters. A strand of DNA in the canopy plant would span 100 meters—the difference between a football player’s height and a football field’s length.

“This is so cool because it tells us we still have interesting things to find out there,” says T. Ryan Gregory, a biologist who studies genome size at the University of Guelph in Canada.

One might expect genome size to correlate with a species’ complexity—after all, if one genome codes for a particular number of proteins, then a larger one could potentially code for more. But since the 1970s, scientists have recognized the disparity between number of genes and genome size. In fact, in humans, only about 1.5 percent of the genome’s DNA codes for proteins. In the Japanese canopy plant the percentage is sure to be even less. The function of that surplus DNA—or even whether there is a function—is a hotly debated mystery and will likely remain so until the species is sequenced.

Noncoding sequences used to go by the derogatory names “selfish” or “junk” DNA, but have more recently acquired milder tags, including “transposable elements” or “jumping genes.” Unless somehow restrained, these proliferate across genomes like weeds. One sequence, called Alu, has copied itself a million times and makes up some 10 percent of the human genome. Leitch suspects that though these sequences can run rampant, some may be corralled into contributing to gene regulation at points in a given organism’s evolution. Or, according to Gregory, “They could be there just because they’re good at being there.”

Evolutionarily speaking, “it’s not common that a large genome is very advantageous,” says Gregory. In both plants and animals, bulky genomes slow an organism’s growth simply because copying all that DNA takes so much time. That limits the paths an organism’s evolution can take. Two options that are out: being an annual plant or a metamorphosing insect, because larger genomes don’t allow enough time to grow or radically change body plan while remaining competitive.

There is, however, some evidence that the canopy plant, despite—or perhaps because of—its huge genome, maintains a competitive edge over plants that share its mountain habitat. In the chilly months of early spring, while neighboring competitors sit dormant, and before overhead trees come into leaf, the plant gets a jump-start on growth by pumping its cells full of water. This cellular expansion allows the canopy plant to increase its size and soak up more sunlight before DNA replication and cell division occur in the warmer summer months.

Back at Kew, Pellicer is enjoying his newfound prestige: “Everybody tells me, ‘Wow, good for you.’ That’s not my usual experience.”

Correction (2nd February): When originally posted, this article located Pellicer’s home village in the wrong region of Spain. The Scientist regrets the error.