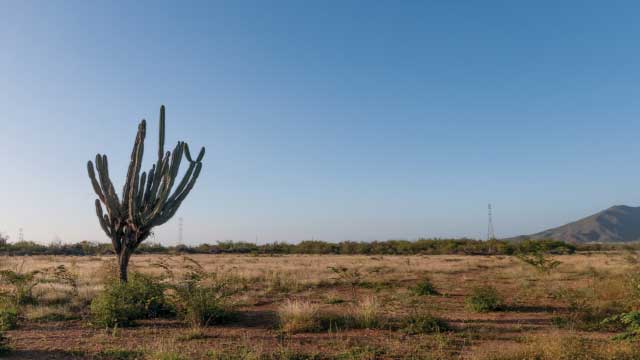 TREELESS TREASURE: Brazilian ecologists question whether their country’s historical focus on conserving the Amazon may have contributed to past neglect of the Cerrado, 1.2 million square miles of savanna grassland located in the country’s central high plains and mostly fringed by forest.BERIA L. RODRIGUEZ/WIKIMEDIA COMMONS

Among people who realize the threat posed by global climate change, you might be hard-pressed to find anyone arguing against planting trees. Unless you happened to be sitting in a conference room last fall listening to grassland ecologists lament a lack of social and political support for the conservation of grassy biomes. Political scientist Forrest Fleischman, a Texas A&M University researcher who studies how government officials devise land-management plans, was among a handful of academics invited to speak at a Stanford University symposium on nonforest ecosystems held in November 2015. He talked about the drivers of tree-planting efforts and, by his own...

But the grassland folks were fired up. So were the nongovernmental organization (NGO) representatives, whose interactive map of global opportunities for forest restoration—posted online in 2011 and updated in 2014—had already been lambasted in the literature. Both groups want the same thing: ecosystem restoration and preservation. So why was one accusing the other of promulgating unscientific, potentially eco-unfriendly policies?

“The people who have decision-making authority over ecosystems—government officials and international donors—have been very focused on forests,” says Fleischman. “Other ecosystems are [often viewed as] ‘Oh, that’s something we can convert to forest,’ or ‘That’s degraded, and something we can use for agriculture.’”

The organizations that contributed to the creation of the interactive forest-restoration map—the Washington, DC–based World Resources Institute (WRI); the International Union for Conservation of Nature (IUCN), headquartered in Gland, Switzerland; and the University of Maryland—“mean well, 100 percent,” Fleischman says. “But there’s a bit of a disconnect between what [NGOs are promoting and what] ecologists are telling us we should be doing, which is restoring ecosystems as opposed to planting trees.”

Such “forest bias,” as some grassland ecologists have come to call it, has pervaded nearly every level of environmental policymaking. Because anthropogenic deforestation is known to contribute to global climate change, funders such as the United Nations and the World Bank are encouraging tree planting, to the tune of billions of dollars annually. International programs such as the Bonn Challenge and Initiative 20 × 20 have incentivized both reforestation—planting trees where woodlands were destroyed—and afforestation—planting trees where there weren’t any.

While trees help sequester anthropogenic carbon from the atmosphere, afforestation of grasslands is known to affect soil stores of carbon, phosphorus, and nitrogen over the long term, impacting root systems and underground microbial communities, among other things. It’s not fully known how changes to these critical nutrients beneath the Earth’s surface could impact plant life—and, therefore, carbon sequestration—aboveground.

“Tree planting in grassy systems would result in a number of changes, including ecosystem functioning, change in biodiversity, and a change in ecosystem services, [such as] water availability,” ecologist Kate Parr of the University of Liverpool, U.K., wrote in an email.

“The tricky bit is mapping whether the open ecosystems are ancient, old-growth systems or secondary products of deforestation,” says William Bond, professor emeritus at the University of Cape Town. That, he says, will require more field-level data in addition to the satellite images the WRI-led team analyzed to produce its map.

Bond, Joseph Veldman of Iowa State University, and eight other colleagues wrote in a letter published in Science last year that projects like the WRI-led Atlas have undervalued grassy biomes. “That such a scientifically flawed analysis is poised to promote misinformed tree planting is emblematic of deep misunderstandings about the grassy biomes, as well as their devaluation relative to forests,” the authors wrote. “Deforestation and forest degradation are critical problems that must be addressed, but with due consideration of the value of the many naturally nonforest biomes that also face tremendous pressure from human-caused environmental change.”

The letter, says Veldman, was meant to highlight “issues that are not unique to the WRI, IUCN, or their partnership.” The map, he says, just happened to be a compelling visual representation of forest bias.

In their response, published two months later in the same journal, WRI’s Lars Laestadius and his colleagues pointed out that their map was not meant to guide policy. “The map shows areas with a higher probability of finding [forestation opportunities] if you were to drill down, which we say, very specifically, you have to do,” Laestadius told The Scientist. “[Veldman and his colleagues] say that our work has basically said that grasslands ought to be forested for climate-change reasons, or something like that, and we have never said that . . . and we certainly cannot say it with a global map.”

“I think grasslands are being undervalued,” Laestadius continues, citing a lack of global data on these biomes. But, he says, his team’s efforts are not to blame. In its published reply, the WRI-led group called for ecologists “to collaborate on a more in-depth mapping of ecosystem restoration opportunities, which can incorporate new information on the world’s old-growth grasslands and other important biomes as it becomes available.”

The disagreement—which spilled over into a September 2015 BioScience paper, the symposium at Stanford, and a handful of blog posts—highlights a key issue in environmental policymaking, says Veldman: that, quite often, it outpaces the relevant science.

“Some of these political and conservation efforts, in some regards, may be trying to take actions faster than scientists can provide some better information,” he says. “In some cases, I think science can make very clear recommendations. I think this is a situation in which science is suggesting we should be cautious in how we proceed, to avoid unintended consequences.”

To catch up with their colleagues focused on forests, grassland ecologists have their work cut out for them. “We are beginning to identify the attributes of old-growth grasslands, particularly in the tropics and subtropics, but the studies are still few and geographically restricted and useful only at a local scale,” says Bond. With additional field work, “it should be possible to use ground-based vegetation maps from the 20th century to separate deforested [areas] from ancient grasslands,” he says. “The science has not been done yet linking local to remote-sensing scales.”

Meanwhile, countries continue to commit to planting trees. While most forestation efforts have yet to cause substantial harm, grassland ecologists are concerned. “In Africa, the savannas are . . . our equivalent of the castles and cathedrals of Europe,” says Bond. “Turning them into forests is like flattening Notre Dame for a parking lot.”