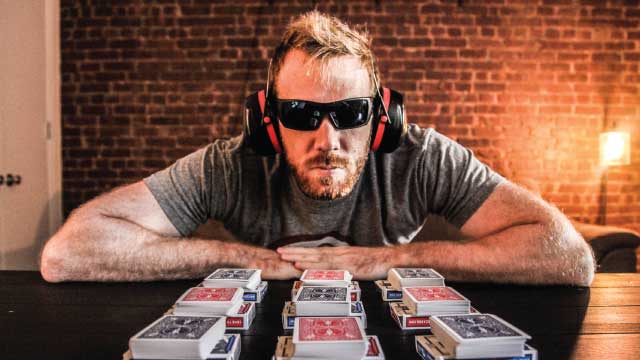 After Nelson Dellis’s grandmother passed away from Alzheimer’s disease in the summer of 2009, he became obsessed with memory. “I had seen her whole decline, so brain health was on my mind,” he says. He found out about annual memory competitions that tested people’s ability to remember large volumes of data—for example, the exact order of 104 playing cards in two decks—and began to learn the strategies so-called “memory athletes” used to pull off these incredible feats.

“I found the techniques worked, and with a bit of practice, you can do a lot more than you ever thought you could,” Dellis says.

He entered the 2010 USA Memory Championship in New York City and came in third. The next two years in a row, he took first. A mistake in the...

Dellis says there are several strategies memory athletes use, but they’re all based on the same principle: “You want to turn information you’re trying to memorize into something that your brain naturally prefers to absorb”—typically, an image. “Once you have that picture, the next step is to store it somewhere—somewhere in your mind you can safely store it and retrieve it later.” This place is known as a “memory palace,” and it can be any place that’s familiar to you, such as your house. You can then place the images you’ve chosen along a particular path through the memory palace, and “the path, which you know very well, preserves the order.”

So when Dellis is asked to memorize two decks of playing cards for the USA Memory Championship, he assigns each card to a person—the king of hearts is his dad, the queen of hearts is his mom, and the nine of hearts is his wife, for example—and then he envisions those people along a path through one of his old apartments or a childhood home. “I’m imagining those people interacting with an environment.”

Dellis’s improved retention does seem to depend on his cognitive strategy, rather than on any improvement to his overall IQ, says Henry “Roddy” Roediger, a cognitive psychologist at Washington University in St. Louis who has tested the four-time champ. Dellis admits, “If I’m not using a technique, my memory is as good as the next person. But. . . it’s hard for me not to think that way now, just because I’ve trained so much.”

For the past several years, Roediger has been studying the cognition of memory athletes such as Dellis, along with others who’ve demonstrated exceptional memory abilities, including Jeopardy contestants, Bible memorizers, and superior crossword puzzlers. In a project sponsored by Dart NeuroScience, Roediger and his colleagues recruited 25 memory champions from around the word, including Dellis, to complete a suite of cognitive tasks testing long-term retention, working memory, and attention. They also tested 41 Jeopardy contestants, 27 Bible memorizers, and 36 crossword puzzlers.

The work, which is ongoing, found that most people in the latter groups did not exhibit memorization skills on a par with memory athletes. “They are just spectacular at what they do, but they showed just a perfectly normal pattern on our tests,” Roediger says. The memory athletes, on the other hand, did excel in areas beyond the specific tasks they trained on—such as remembering which polygons of a large set they had seen before—compared with both the controls and the other elite memory groups. “The memory athletes generally blow them out of the water on most tests,” Roediger says. 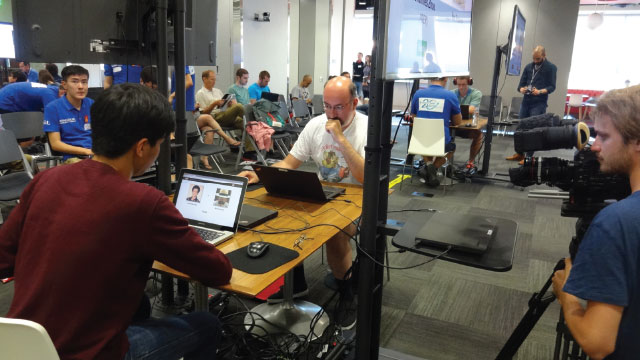 Other researchers have also taken an interest in Dellis’s brain. Roediger’s wife, Washington University neuroscientist Kathleen McDermott, is interested in individual variation in brain activity during the performance of various tasks or at rest. In August, she and her colleagues published a study analyzing more than 10 hours of functional MRI (fMRI) data from 10 healthy adults (Neuron, 95:791-807.e7, 2017). And her group has subjected Dellis to the same treatment. The team is now completing supplementary analyses and writing a paper on the results. “At this point, all I can really say is that we have collected many hours of fMRI data on Nelson, and we will be able to compare his brain activity directly to that of the 10 extensively scanned control participants in the Neuron paper,” McDermott writes to The Scientist in an email.

We’re at this exciting point where we can start looking at the link between exceptional long-term memory and genetics.—Mary Pyc, Dart NeuroScience

Dellis isn’t just influencing research, though; research is also influencing him. During his time working with the scientists at Washington University, Dart Neuro-Science was just opening a new headquarters in San Diego, and the company accepted Dellis’s proposal to design a new memory competition. Launched in 2014 and running for three consecutive years, the tournament offered the largest prize of any memory competition—a whopping $100,000—and drew the most renowned memory athletes from around the world.

At the same time, Dellis, who has a background in computer science, teamed up with friend and fellow memory athlete Simon Orton to develop the software used in the competition. In 2014, the duo launched their own company, called Art of Memory, which offers the games online to people who want to learn the memory techniques.

And now Dellis is onto a new project with Dart: the Extreme Memory Challenge, an online memory test that aims to identify subjects with exceptional memory willing to participate in genetic testing. “We estimate we need about a million people to take this test in order for us to have enough exceptional people to have the numbers we need to be able to detect the genetic locus of exceptional memory,” says Mary Pyc, a cognitive scientist at Dart and a former postdoc in Roediger’s lab, where she met Dellis. As one incentive, Pyc and her colleagues had Dellis take the test and reveal his results, “so people can see how they compared to a four-time memory champion.”

So far, says Pyc, they’ve gotten more than 15,000 people to complete the two-day test, which takes less than 10 minutes per day. “From that, we’ve been able to pull out about 12 exceptionals,” she says. They’ve mailed saliva kits to those 12 people, along with dozens of controls, and have just recently gotten the genetic data back for analysis. “We’re at this exciting point where we can start looking at the link between exceptional long-term memory and genetics,” Pyc says. If any genetic loci pop out, the researchers hope to use that information to create a product “that can essentially mimic what’s going on in these exceptionals.?.?.?. The end goal is to develop a drug that can help with cognitive rehabilitation.”