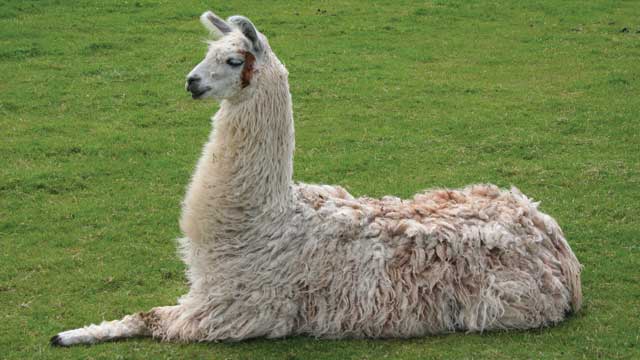 In 1990, Dutch molecular biologist Theo Verrips began hunting for a new toothpaste formula. Having been one of the developers of the Clearblue pregnancy test, Verrips was already an antibody expert, so his superiors at Unilever asked him to add antibodies to toothpaste, where the molecules might be able to incapacitate harmful oral bacteria without contributing to growing antibiotic resistance. He and his colleagues managed to mix effective antibodies into the toothpaste, but it was unfortunately too expensive to manufacture on a commercial scale. Verrips convinced his bosses to let him experiment for one more year by telling them about a new antibody discovery.

The breakthrough Verrips mentioned was the 1989 discovery of...

Heavy-chain antibodies have many advantages. “They’re less-bulky proteins and fit into crevices that whole antibodies don’t see,” says Robin Weiss of University College London who has been working with heavy-chain antibodies for 12 years. Because they can be encoded by a single gene, they are easier to clone, produce, and test in the lab than traditional antibodies. Even without special purification and preparation, the llama antibodies are of higher quality than those from other animals, adds Mohamed El Khattabi, chief scientific officer at QVQ, the antibody-focused biotech that Verrips founded in 2010. Llama and camel antibodies are also heat-stable and relatively insensitive to pH. “They’re very hardy little molecules as far as proteins go,” Weiss says.

With these potential advantages in mind, Verrips invited Hamers to collaborate in 1994. Despite all those positive attributes, the llama antibodies were still too expensive to include in Streptococcus-fighting toothpaste or antidandruff shampoo. Verrips retired from Unilever in 2002 but continued to work with the molecules at the University of Utrecht, where he used llama anti­bodies to develop successful rotavirus treatments before Weiss approached him about developing llama antibodies against HIV.

In 2006, as the collaboration between Weiss and Verrips began, El Khattabi, then a postdoctoral researcher at Utrecht University, was responsible for immunizing the animals, because he had already learned how to wrangle them by grabbing their ears. He injected the llamas with DNA encoding an HIV envelope protein and twice more with additional envelope components at two-week intervals, in the chest or the hind legs, where the otherwise very thin animals have the thickest muscle. Weiss, his students, and postdoctoral researcher Laura McCoy, now at the Scripps Research Institute in La Jolla, California, then screened the blood for antibodies. McCoy improved initial screens by developing ways to identify broadly neutralizing antibodies, which bind to a wide variety of HIV molecules, regardless of strain.

Broadly neutralizing antibodies are seen as the key to combating rapidly mutating foes such as HIV. (See “Defeating the Virus” here.) The problem is that these antibodies only occur in about 20 to 30 percent of people infected with HIV, and can take two to four years to develop, says pathologist Neil Greenspan of Case Western University who was not involved in the llama research. McCoy, Weiss, and their colleagues first described these llama-derived antibodies in 2012, and in a December 2014 paper reported that multiple immunized llamas could make broadly neutralizing antibodies against HIV (PLOS Pathogens, 10: e1004552, 2014). Generating these powerful reagents by immunization rather than infection could help design a better HIV vaccine. “We now know there is a vertebrate immune system that can reproducibly produce the kind of anti-HIV antibodies we need,” McCoy wrote in an e-mail. 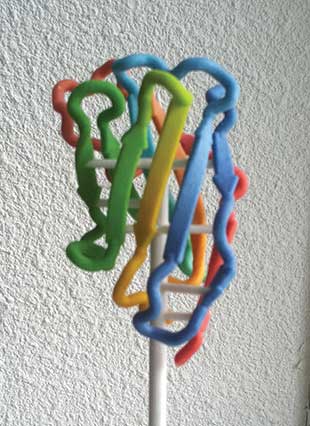 LLAMA AGAINST AIDS: A 3-D model of an anti-HIV llama antibodyCOURTESY OF THEO VERRIPSVerrips and others who work with llama antibodies are excited about the many potential applications of the molecules in the treatment and diagnosis of HIV and other diseases. “Llama antibodies are very good to combat viruses in general, not just HIV,” Verrips says. Greenspan says it could be difficult to use llama antibodies directly, as they would have to be adjusted to prevent a human immune response to the foreign protein, but Arbabi says the molecules are in fact quite similar to human heavy chains.

Already, llama antibodies have improved HIV structural studies by binding to the virus and thus making it more rigid and easier to crystallize. Other applications for the antibodies include using them as imaging agents, including two designed by Verrips and his colleagues to detect breast cancer that will be tested in the clinic this year; as therapeutic agents that can cross the blood-brain barrier; as a lung cancer treatment, L-DOS47, developed by Arbabi and colleagues at the NRC; and as a quick and PCR-free HIV diagnostic test that is being developed by British researchers.

Weiss and Verrips say they’re most excited about the llama antibodies’ potential as a vaginal gel microbicide to prevent HIV infection during sex. The antibodies’ relative pH insensitivity could be useful in maintaining the gel’s efficacy in both the acidic vagina and alkaline ejaculate. Researchers in France are currently testing the gel in animals. Weiss hopes that these and other experiments will maintain the research community’s interest in the many fascinating and useful properties of llama antibodies. “Theo and I are . . . hoping a new generation of scientists will pick this up and run with it,” he says.