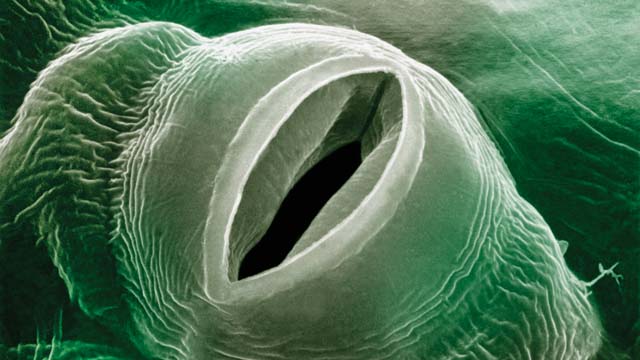 when University of California, Riverside, botanist Sean Cutler figured out how the hormone abscisic acid (ABA) helps plants survive drought, the discovery felt more like a burden than a triumph. His finding was in jeopardy of languishing unpublished because previous research on the hormone was tainted by suspect results and retracted papers.

In the 1980s, scientists learned that plants produce ABA when their roots sense dry soil. Somehow, the ABA stimulates microscopic pores (called stomata) on the leaves to close, preventing water loss. Exactly how ABA triggered this reaction, however, remained a mystery.

Early studies examined how ABA turned certain genes on and off, but these reports were found to be riddled with errors. Several articles were retracted, and the results in others were greeted with skepticism. Cutler’s work zeroed in on the START family of proteins, known...

So Cutler did something unorthodox in scientific circles: he called other labs working on ABA signaling in Arabidopsis thaliana and asked them to collaborate. “I think I was a little cocky in some ways,” Cutler says, because he was confident he had nailed the molecular mechanism behind ABA. “We were poised to move quickly, and we were secure en- ough that if [the other labs] said no, we wouldn’t really get scooped.”

Cutler’s decision to include other scientists was rather strategic. Because so many previous ABA receptors had run into trouble, the inclusion of four or five major ABA labs on his paper indicated that the research had undergone some presubmission peer review. If he could get major players in the ABA field to sign off on the research, Cutler reasoned, a journal editor was more likely to take him seriously.

One of the first researchers he contacted was Peter McCourt, a botanist at the University of Toronto. McCourt was using a yeast model to study how proteins produced in response to ABA interacted with each other, and he was impressed by Cutler’s candid attitude. “Most people in a competitive area like this, if they’re ahead, they’re going to rush to publish,” McCourt says. “That’s what I felt was the big difference: he wasn’t secretive about it.”

Cutler’s gamble paid off, and his identification of an ABA receptor was published in the May 22, 2009 issue of Science.

Cutler stuck with the strategy of “communicating and coordinating” to get his most recent study published in the September 2010 issue of Nature Structural and Molecular Biology. In this instance, however, his plan didn’t unfold quite so smoothly. Nieng Yan at Tsinghua University in Beijing says he received an E-mail from Cutler in late 2009 asking all ABA scientists to inform the community when they were readying a manuscript for publication, so that researchers could communicate and collaborate more openly. Yan contacted Cutler in April asking him to collaborate on a study identifying the structure of a synthetic sulfonamide called pyrabactin bound to a START protein. Cutler responded that he had already submitted a manuscript to Nature Structural and Molecular Biology describing the same structure, but invited Yan to publish in the same issue. Yan declined and published separately in the September issue of the Journal of Biological Chemistry. Cutler says that, had he known of Yan’s research, he would have initiated contact sooner.

When Sean Cutler figured out how ABA helps plants survive drought, the discovery felt more like a burden than a triumph.

Yan and Cutler both found that the START proteins closed like gates around ABA and its mimics. Variation in the binding pocket of a START protein—even by just a couple of methyl groups—meant the gate couldn’t close on the ABA mimic and the ABA signal was stopped in its tracks. This knowledge heralds the potential of designing a chemical that can activate ABA signaling at will, protecting important crops from drying out in arid environments.

Overall, Cutler seems content with the way his decision has played out. He admits that this strategy isn’t right for every situation, but he feels that “the quality of the data is going to be much better if people sort of try to keep their egos under control.”