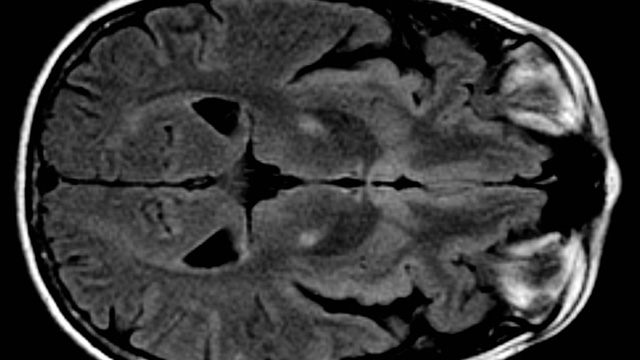 MRI scan of the brain of a patient diagnosed with ALS RADIOPEDIA.ORG

Eric Valor used to be an avid surfer, catching waves off the California coast near his home in Santa Cruz every weekend, and occasionally early in the morning before work. But in October 2004, his left foot started misbehaving, failing to find the correct position on his surfboard when Valor popped to his feet. “The foot would drag on takeoff, resulting in poor placement and subsequent wipeout,” he recalls.

After a series of minor muscle twitches, his dragging foot was the last straw, that finally got him to the doctor. In April 2005, Valor was diagnosed with amyotrophic lateral sclerosis (ALS). By that fall, his surfing days were over.

Valor is now paralyzed from the neck down, and he breathes with the help of a respirator. But he’s not giving up. In June 2010, he learned of...

The more I learned about sodium chlorite, the more excited I got, and I felt it was too important to keep a secret. —Ben Harris, ALS patient

If he couldn’t participate in the trial, maybe he could get the drug another way, Valor reasoned. After an exhaustive literature search on PubMed, he identified the drug’s “cruder” precursor as WF10, which is available for purchase abroad. But he quickly learned that importing it from Thailand would cost more than $12,000 for a year’s supply. He then set out to see if he could get his hands on what he suspected—based on a literature search and a 2006 patent tracked down by fellow ALS patient and friend Rob Tison—was the active ingredient of NP001: sodium chlorite, which is used in water-purification kits for campers and in municipal water treatment.

Last August, Valor began taking oral doses of the chemical, which is not approved for the treatment of any disease. And he thinks it’s working. “I have improved breathing, which makes transfers [off his ventilator] much more comfortable,” Valor says. “My voice is louder and speech somewhat clearer. I am able to flex muscles that were previously still (though not enough for useful movement).”

At first, Valor didn’t tell other ALS patients about his experimentation, hoping to first establish that it was safe, “but by September, it had leaked,” he says. Medical physicist and ALS patient Ben Harris, who was enrolled in the NP001 trial, was the one to get the ball rolling. NP001 had improved his strength, speech, breathing, and ability to swallow, and he wanted to keep taking the drug after his participation in the trial ended. “The more I learned about [sodium chlorite], the more excited I got, and I felt it was too important to keep a secret,” says Harris, who also responded to questions via e-mail due to limitations associated with his disease. So he started a discussion thread on the website of Cambridge, Massachusetts-based biotech ALS Therapy Development Institute (ALS TDI), sparking widespread interest that helped launch the do-it-yourself (DIY) trial. Now more than two dozen other ALS patients are taking oral sodium chlorite, and recording their results on the social networking site PatientsLikeMe.

It’s not the first time PatientsLikeMe has hosted this sort of DIY experiment. “This is kind of an ongoing process on our site,” says company cofounder and chairman Jamie Heywood, a mechanical engineer turned biomedical researcher who also founded ALS TDI in 1999, after his brother was diagnosed with the disorder. Just last year, for example, Heywood and his colleagues published an analysis of data reported on PatientsLikeMe by ALS patients taking lithium carbonate, a chemical approved for the treatment of bipolar disorder (Nat Biotech, 29:411-14, 2011).

But this sodium chlorite case “is particularly interesting” and “radical” in many ways, Heywood says. “People are buying [sodium chlorite] from chemical companies; [they’re] not buying a human therapeutic.” Furthermore, most patients reporting their data on PatientsLikeMe are taking sodium chlorite orally, whereas Neuraltus is giving patients NP001 intravenously. And Heywood is still not sure if sodium chlorite is the true active ingredient of NP001. “Without question in ALS, this is the biggest topic of conversation that we as researchers [and doctors] are talking about right now,” Heywood says.

But the reports on PatientsLikeMe have put Heywood in a tough position. On the one hand, “I think there’s a moral obligation to deliver value in real time,” he says, looking at an analysis of the data on his computer screen. On the other hand, “I know that it will be misinterpreted by many people,” he laments. “The hard question for us is, ‘What’s the right thing for us to do? How do we share that information?’”

Fortunately, the risk is moderate, Heywood believes, as do the patients taking sodium chlorite, most of whom have done some research before ingesting the chemical. “I have done hundreds of hours of research to prove to myself that what I am doing is safe,” says Harris. “Moreover, if you add up the time spent by other forum contributors, we are probably talking about thousands of hours. . . .The story is not about a few desperate people with a terminal illness grasping for anything. . . .This is a solid scientific venture, it just so happens it is being done outside of an academic institution.”

Correction: This story has been updated from its original version to reflect that Valor started taking oral sodium chlorite in August 2011, not June. The Scientist regrets the error. 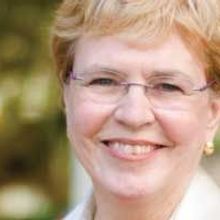