ABOVE: Scientists collected huge volumes of data to help map microbial diversity along the Romaine River in Quebec. Masumi Stadler

One morning, just before dawn, Masumi Stadler got into the back of a seaplane headed north from Quebec’s Gulf of St. Lawrence, chasing the Romaine River upstream. As the plane flew along, the rising sun illuminated the pristine Canadian wilderness beneath her, bathing the river in a rosy pink glow, she recalls four years later. But Stadler wasn’t there to watch the sunrise. The plane was packed with specialized scientific equipment for sampling the water and soil along the river, and she and her colleagues had gotten an early start to make up for lost time after bad weather had kept them from getting out to their remote field sites earlier.

Stadler is a doctoral student at the University of Quebec in Montreal who works in a lab that studies the Earth’s carbon cycle and, in particular, the smallest players in it. “Microbes are a big part of the carbon cycle,” Stadler says: they are important natural recyclers, digesting and degrading dead organic matter into carbon dioxide and methane, and thereby making the carbon available to other organisms. But researchers still don’t know much about how freshwater microbes participate in that cycle.

Stadler got the chance to tackle this topic when she started her PhD. Her lab, led by biogeochemist Paul del Giorgio, was already immersed in a massive project designed to trace the carbon footprint of the Romaine before, during, and after the development of a hydroelectric complex currently under construction along the river. This meant the team had already selected hundreds of sampling sites across hundreds of kilometers, starting from the river’s headwaters and spanning down to estuaries opening into the Gulf of St. Lawrence, passing through streams, lakes, and reservoirs along the way.

To learn which microbes were present in different habitats along the river’s watershed, Stadler and colleagues took advantage of the group’s existing sampling sites, going out into the field for a few weeks at a time during spring, summer, and autumn to collect water and soil from around 50 to 70 sites at a time—braving mosquitoes and biting black flies in the summer and snow in the spring and autumn.

After collecting samples during the day, Stadler and her lab mates spent the evenings processing the samples in a rented space that operated as their makeshift lab, a 13-hour drive from the group’s actual lab space in Montreal. Eventually, after at least three months of field sampling spread over a few years, the team sent samples from nearly 400 sites out for sequencing.

When the results came in, Stadler and del Giorgio analyzed the bacterial communities, identifying nearly 600 families, and published their findings in The ISME Journal last November. The most abundant bacterial taxa overall included the phyla Proteobacteria (now Pseudomonadota) and Verrucomicrobia (now Verrucomicrobiota), plus the superphylum Patescibacteria, the researchers report in their paper; however, the composition of the microbial communities varied depending on whether the samples came from soil, groundwater, or river water. Composition changed along the length of the river, too, from northern headwaters down toward the ocean. Because the researchers sampled at different times of year, they also saw that the bacterial communities changed with the seasons. Although there were only two authors on the paper, “this was a real team effort,” Stadler says, noting the hard work of graduate students, postdocs, and undergraduates who contributed to the project. 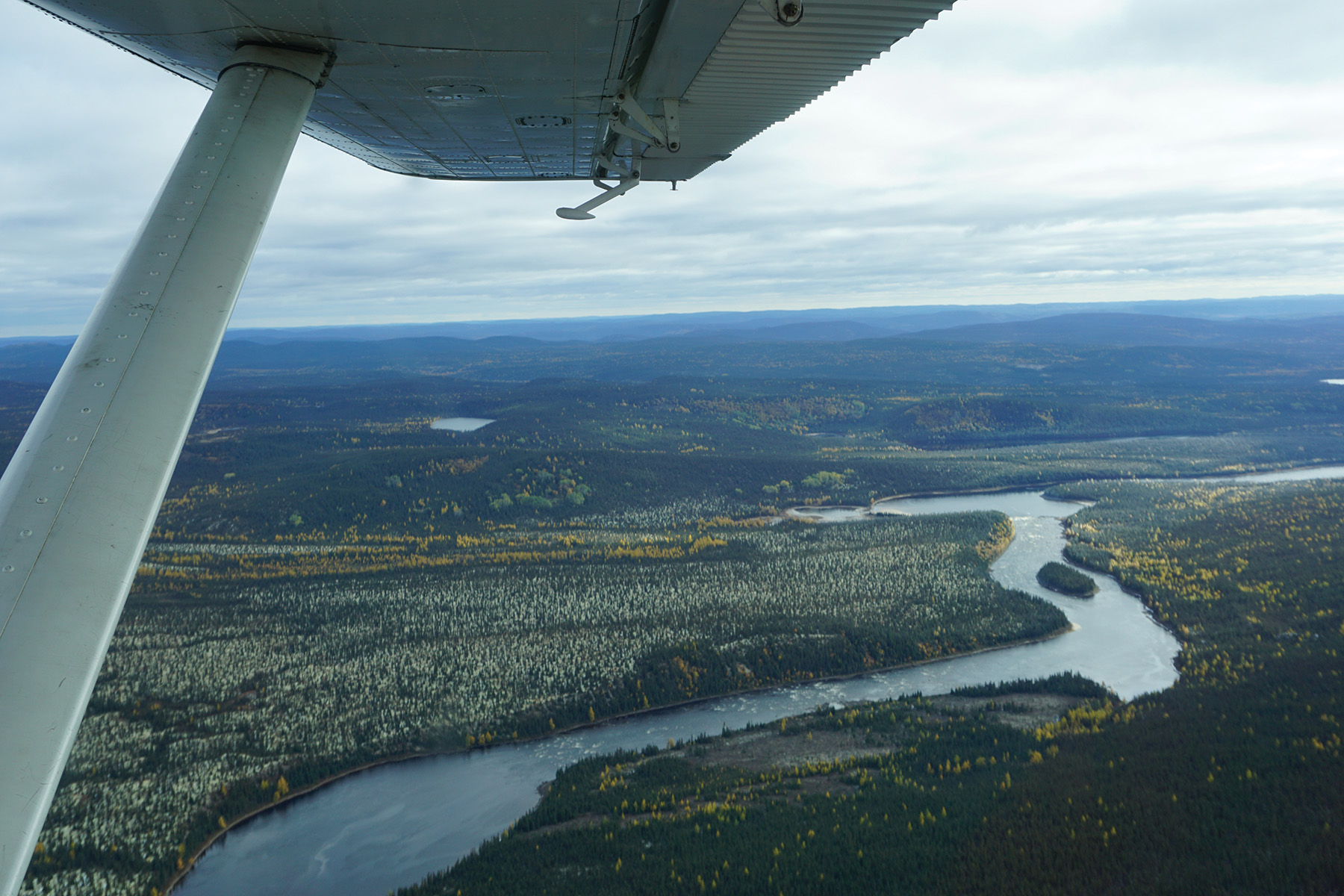 FROM AFAR: Some locations the researchers visited were so remote they could only be accessed by seaplane.
Masumi Stadler

Eva Lindström, a microbial ecologist and limnologist at the University of Uppsala, agrees that the project represented an enormous amount of work. She adds that it’s “very uncommon that you manage to get such a nice data set with so many different types of environments.” Lindström was a postdoctoral fellow in del Giorgio’s lab in 2004 and collaborates on editorial work with him, but was not involved with the current study. “We have a good case here of getting to understand a bit more about the biogeography and the biodiversity of bacteria,” she says, supplementing work from other groups suggesting that there is considerable spatial diversity among microbial communities within particular landscapes.

To distinguish between living bacteria and dead or dormant ones, the researchers performed RNA sequencing in addition to standard DNA sequencing. RNA is less stable than DNA and doesn’t stick around for a long time, so it’s a better proxy for living bacteria. The team classified bacteria that were only detected by DNA sequencing as “unreactive” and bacteria with detectable RNA as “reactive.”

Stadler and colleagues found that the ratio of unreactive to reactive bacteria shifted over space and time. For example, there was a higher proportion of reactive bacteria in the summer than in the springtime. Stanford University ecologist Tadashi Fukami, who was not involved with the study, says this was a creative way to combine two different ways of characterizing microbial communities. 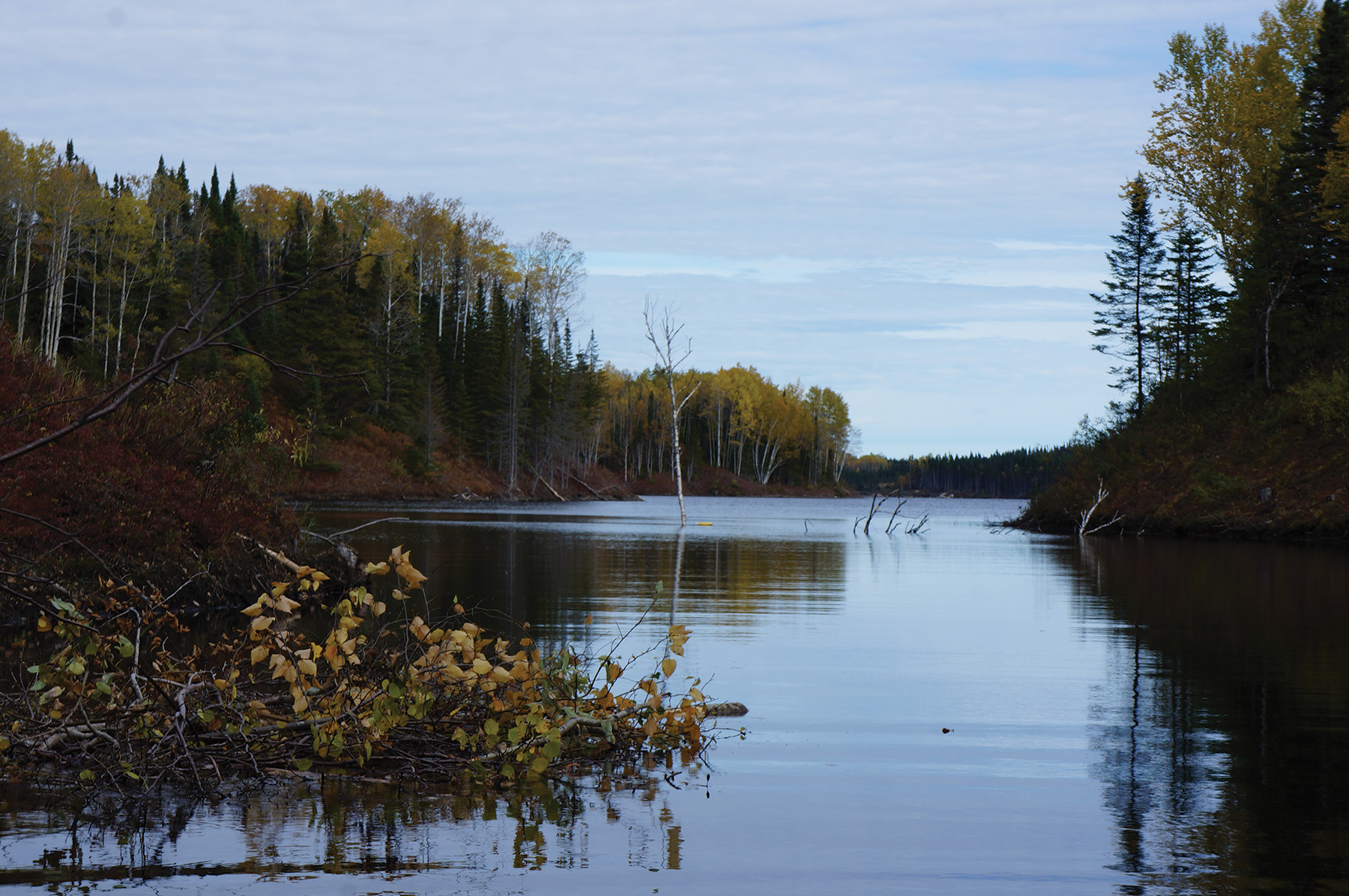 FROM SHORE TO SHORE: The team measured variation among microbial communities taken from soil, groundwater, and river water.
Masumi Stadler

A common belief about bacterial communities, says Stadler, “is that the most abundant bacteria are the most active.” But her work, as well as findings from other groups, suggests that very rare microorganisms can also be very active—and that researchers might be missing something important if they exclude less-abundant bacterial species from their analyses.

A more unexpected result, Stadler says, was that the reactive bacterial taxa the team first identified in soil samples made up the biggest proportion of the reactive bacteria in almost every habitat—even in the salty estuary. She says the team had expected that the soil bacteria would just wash from the riverbanks downstream and become inactive once in an aquatic habitat. Stadler says the next step is to experimentally test how various bacterial taxa interact with the organic matter in their respective habitats.

Overall, this kind of work helps address one of the most basic questions in ecology, says Fukami: why certain taxa live in certain places. “Even though the question is simple,” he says, “the answer is often very difficult to get.”