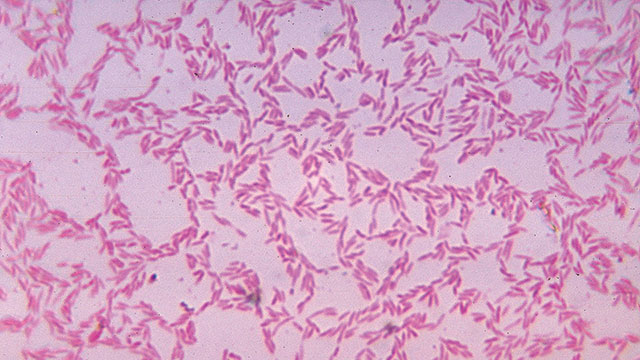 In the midst of his graduate training at the University of Illinois at Urbana-Champaign, Dylan Dodd spent a good chunk of time examining bacteria from cow stomachs. He characterized a suite of enzymes that allow one species, Prevotella bryantii, to break down the polysaccharide xylan, a major constituent of plant cell walls.

Along with his adviser, microbiologist and animal scientist Isaac Cann, Dodd was “prospecting” for enzymes that might be conscripted for biofuel production. Searching for related enzymes in other organisms, he uncovered genes from several species of Bacteroides—common microbial inhabitants of the human colon (J Bio Chem, 285:30261-73, 2010).

Even though Bacteroides and Prevotella belong to the same phylum, the similarity was unexpected, Dodd says: “Although they both [inhabit]...

“Since I was an MD-PhD student, I was very interested in trying to find out what the clinical importance of this could be,” says Dodd, who is now a pathology resident at the Stanford University School of Medicine. “There were very few studies on dietary fiber degradation by [human] gut bacteria—at least at the molecular level.”

A decidedly nonclinical motive is helping to drive new interest in this process: the quest to produce biofuels. Biochemists have scoured the kingdoms of life for sources of enzymes that can break apart bonds in the polysaccharide chains that make up plant cell walls. Wood-degrading fungi and termite-gut microbes have proved fruitful sources, but mammals’ microflora have also drawn attention: scientists at Tulane University and Mississippi State University have even investigated enzymes from zebra and panda guts, respectively. The utility of human microflora–derived enzymes for biofuels is a new and still open question—but the value of understanding how we digest plant matter is indisputable.

A variety of microbial enzymes are required to turn the plant cell-wall polysaccharides cellulose and hemicelluloses into simple sugars, which can then be fermented to short-chain fatty acids, feeding both microbes and their hosts. Cellulose, the world’s most plentiful organic polymer, is a linear chain of glucose units. Hemicelluloses, which wrap around cellulose fibers in plant cell walls, are composed primarily of the five-carbon sugar xylose.

These sugar polymers are among the molecules that make up dietary fiber—a vital source of nutrition that, according to the guidelines of the US Department of Agriculture, should constitute about one-fifth of a person’s daily carbohydrate intake. “When you eat a leaf of salad or slice of tomato, there are an amazing variety of polysaccharides that are present [in the gut],” says Bernard Henrissat, a biochemist at the Centre National de la Recherche Scientifique in Marseille, France, who manages the Carbohydrate-Active enZYmes database (CAZy). “The human genome does not encode any enzyme for the digestion of plant cell-wall polysaccharides. The only polysaccharide we’re able to digest to some extent is starch”—a polymer of glucose, but with a different structure than cellulose.

With help from microbes in our intestines, we can derive nutrition from hemicelluloses: human microflora digest about 70 percent of xylan, a major component of cereal grains and the second most common plant polysaccharide after cellulose. But precisely how our microflora achieve this breakdown is still largely a mystery.

What is clear is that among human gut microbes, Bacteroides species are the most abundant and voracious degraders of hemicelluloses. These bacteria share clusters of genes known as polysaccharide utilization loci (PULs), which encode interdependent groups of sensors, transporters, carbohydrate-binding proteins, and glycoside hydrolases that break the bonds between the sugars. Recent studies have begun to tease apart the genetic and biochemical workings of these PULs.

Researchers at the University of Michigan and the Royal Institute of Technology in Sweden analyzed the components of a Bacteroides ovatus locus involved in degrading xyloglucan, a common hemicellulose in lettuce and tomatoes. By examining the structures and activities of several glycoside hydrolases and carbohydrate-binding proteins, they discovered subtle variations that influenced the enzymes’ substrate specificities (Nature, 506:498-502, 2014).

Meanwhile, Dodd, Cann, and colleagues described a class of xylan-degrading glycoside hydrolases in B. ovatus and B. intestinalis with dual-function architecture: the catalytic hydrolase domain is interrupted by a carbohydrate-binding module (PNAS, 111:E3708-17, 2014). The adaptive role of such an oddly constructed protein is not yet clear, although University of Michigan structural biologist Nicole Koropatkin, a coauthor of the Nature study, speculates that the arrangement may facilitate interactions with a porin—a protein that transports catabolic products across the bacterial outer membrane.

“The next step and the next challenge,” says Koropatkin, “is to put this information together and understand how these protein complexes work like little machines on the surface of the bacterial cell to degrade carbohydrates and then bring them in.” Applying such investigations to human nutrition, says Henrissat, will require a more holistic understanding of how gut microbes utilize the full range of available molecules. “Little by little, we will have to do this for hundreds of polysaccharide structures,” he says. “Then and only then will we understand how we digest vegetables.” Eventually, researchers may develop prebiotic strategies—carbohydrate cocktails designed to bolster particular microbial populations.

When it comes to biofuels, more-effective enzymes to degrade hemicelluloses would be a welcome development. “If you only have enzymes that can break down the cellulose, you’re only using about 40 percent of the plant matter that is available to you,” says Cann. “The only way we can really make [biofuel production] economically feasible is if we look at both cellulose and hemicellulose.”