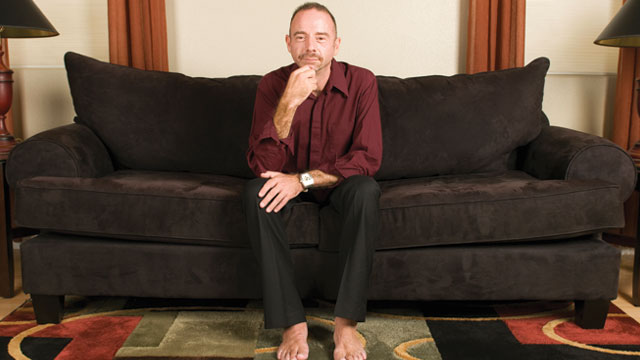 THE BERLIN ACTIVIST: Timothy Ray Brown has gone from medical marvel to HIV/AIDS activist, spreading the hope that researchers can eventually develop a cure for the disease.SCOTT TABER

In 2006, Timothy Ray Brown was bicycling through Berlin on his lunch break. He regularly cruised the city on two wheels, making a daily 14-mile round trip for work. But on this day, he got off and walked, too tired to make it back to work. “I called my partner and said, ‘I need to get an appointment with a doctor,’” Brown recalls.

Blood tests led to a bone marrow biopsy, which led to a diagnosis of acute myeloid leukemia. From there a remarkable series of circumstances—some fortuitous, others debilitating—catapulted Brown into medical history: to this day he remains the only person who has been cured of AIDS.

Cure is not a word the HIV/AIDS community throws around lightly. “Nobody would dare to use the word ‘cure’ before this happened,” says James Hoxie, an HIV researcher at the University of Pennsylvania. But Brown’s cure “has generated an entirely new field of science that we boldly call cure or eradication research. It’s n=1, but it transformed our way of thinking about AIDS.” It has also profoundly impacted Brown, and not just in terms of his health. His remarkable medical history has turned the unassuming translator from Washington State into a jet-setting celebrity whose very existence, as Hoxie says, gives people hope.

The oncologist that Brown contacted for treatment in 2006 was Gero Hütter. When Hütter learned his patient was HIV-positive, he recalled his firsthand experience with AIDS 10 years earlier as a medical student in the pre-antiretroviral therapy era. “I saw patients with AIDS dying, and some were younger than me,” says Hütter. He also remembered reading a study around that same time about some people’s ability to naturally ward off the viral infection. That paper left him with the impression that perhaps these people held the key to stopping HIV.

About one percent of people with European heritage have a natural immunity to HIV that stems from a homozygous mutation (called delta32) in the gene for the CCR5 coreceptor on T cells. The mutation cripples the receptor’s function, thereby blocking HIV from using CCR5 to enter cells. Brown was in need of a bone marrow transplant to treat his leukemia, and Hütter had the wild idea that perhaps he could find a donor with the delta32 mutation whose stem cells could replace Brown’s immune system—and treat not only his malignancy, but maybe his HIV infection as well.

Sixty donor matches, tested one by one, were negative for a homozygous mutant, but the 61st came back positive. In 2007, Brown received the transplant and stopped taking his antiretroviral medication. He spent the next two weeks in isolation at the hospital before returning home. Eventually, he went back to work, started exercising again, and even gained some weight. Three months after his transplant, there was no detectable virus in his system.

Brown experienced setbacks: pneumonia, a relapse of leukemia, a second bone marrow transplant, neurological problems. Still, the HIV was kept at bay. He gained notoriety in the medical and lay press as the “Berlin patient,” opting to remain anonymous. His case gave researchers and patients the idea that a cure was possible. But for years Brown stayed out of the limelight. “I basically was in recovery still,” he says. At the end of 2010 he decided to speak with the media and reveal his identity. “I didn’t want to be alone in my club.

Brown revealed his identity first to the German magazine Stern, then to others. His face, his name, and his story gave hope to the HIV/AIDS community. He symbolized the idea of a cure, Brown says. He traveled internationally to speak and attend meetings. But as he realized the significance of his experience, Brown wanted to speak on behalf of his own organization, rather than others’.

In June 2012, Brown met AIDS activist Dave Purdy, and the two joined forces to launch the Cure for AIDS Coalition, dedicated to disseminating information on cure research. “The focus is on making sure we support the entire cure community . . . using Timothy and his celebrity to get the word out,” says Purdy. Last year, the team put out the first Cure AIDS Report, an extensive collection of articles and resources available on the coalition’s website. The report also aims to connect patients with clinical trials and researchers with funding.

Another project of the coalition is to develop a registry of people who are homozygous for the CCR5 delta32 mutation. Not only would clinicians and researchers have access to more data and material, but volunteers who have the mutation and want to contribute to cure research would have an opportunity to participate, says Purdy. Hoxie, who is a homozygote himself, has given blood numerous times, and even donated stem cells. (See “Scientist as Subject,” The Scientist, October 2010.) He says if asked he’d be happy to donate to the registry.

Although the experience with his bone marrow transplants relieved Brown of a chronic infection and gave him a new avocation, he says he wouldn’t wish the experience on his worst enemy. Chemotherapy, radiation, bone marrow transplants, and brain surgery have all left his body wrecked. “We need to find better ways and less expensive ways and less dangerous ways” of curing AIDS, he says. 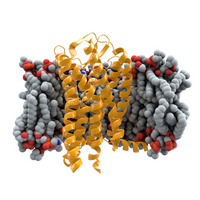